This week saw the arrival of a new Venom trailer where we actually saw Tom Hardy as Venom – but that wasn’t what stuck out for some fans.

It all came down to Jenny Slate’s character and her pronunciation of the word “symbiote”, a critical phrase in Venom lore, which has been seen as a glaring blunder by some fans since she says it like ‘sym-BYE-oht’ and not ‘sym-bee-oht’.

“For those wondering if Venom connects to MCU Spider-Man, it doesn’t. It’s set in an alternative universe where no-one can prounounce the word symbiote…,” one fan joked after the trailer dropped.

And they weren’t the only one.

Now it could just be that character’s pronunciation of the word and “symbiote” is said different – and to some, correctly – in the rest of the movie, which is set for release this October. 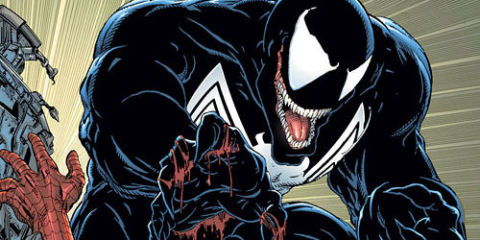 But as it turns out, both versions of pronouncing the word are acceptable according to Mirriam-Webster.

“While tweet evidence shows that you aren’t alone if you think it sounds off, the pronunciation used in the movie (\SIM-bye-oht\) appears to be on equal footing with \SIM-bee-oht\ in accepted use,” they argue.

Anyway, we still think Elizabeth Banks’s hot take on the Venom trailer is the thing we should actually be talking about.

Venom is due out in cinemas on October 5.

Are YOU among the world’s richest one per cent? Study reveals how big a fortune is required to rank amongst the very wealthiest people in…

REVIEWTim Minchin Apart / Together with WASOKings Park, Perth Festival★★★★ Tim Minchin has yet to disappoint, even as his own disappointment shines through in some…