Warning: This article contains spoilers from the UnREAL season three finale, which aired in the US last night (April 23).

The third season of UnREAL came to an end on Monday night with the reveal that show-within-the-show Everlasting‘s first ever suitress Serena Wolcott (Caitlin Fitzgerald) would be going home alone, after snubbing her two remaining suitors, Jasper and Owen.

With all that drama and a fourth season already confirmed one has to wonder, what’s up next? 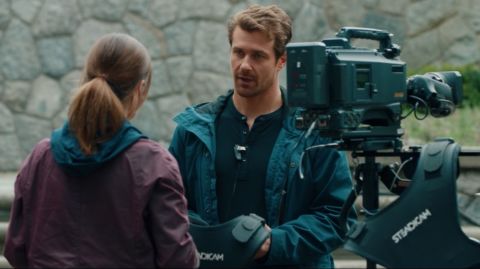 Well, while Rachel will definitely be back next season, UnREAL showrunner Stacy Rukeyser has confirmed both Jeremy and Doctor Simon (Brandon Jay McLaren) have left the show for good.

“Jeremy is not coming back for season 4, and that was purely a story decision, and a really hard one because there’s a lot of love for [actor] Josh Kelly,” Rukeyser told Entertainment Weekly.

“But storywise, it just felt like the right thing to do because he has gone on a big journey this season.”

As for Dr Simon, Rukeyser added: “No, he’s gone too. He’s been fired, and he’s going to stay fired. [Rachel]’s certainly not interested in a romantic relationship with him.” 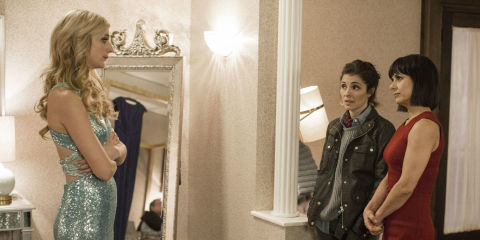 Despite the departures, Rukeyser did confirm season four will feature an all-star series of Everlasting, meaning season three favourites Alexi (Alex Sparrow) and August (Adam Demos) will be back, with season one’s Faith (Breeda Wool) already confirmed for a comeback too.

Here are a few more details of what’s to come.

“Rachel’s up at that cabin with all of these terrible things swirling around in her head, and so, this physical transformation — it’s not just about changing her look, it’s coming from a place of real panic inside.

Girls, we run this motha!! ?? UnReal Season 4, run and helmed by women. So proud!! #unrealtv #directing

Girls, we run this motha!! 👊🏻 UnReal Season 4, run and helmed by women. So proud!! #unrealtv #directing

“And you’ve seen in the teaser that Quinn says to Rachel, who’s with a lot of these all-stars, ‘To hell with being a producer. You’re the suitress.’

“I don’t want to say too much about how Quinn gets that impression, but it’s a whole new can of worms for her next season.”