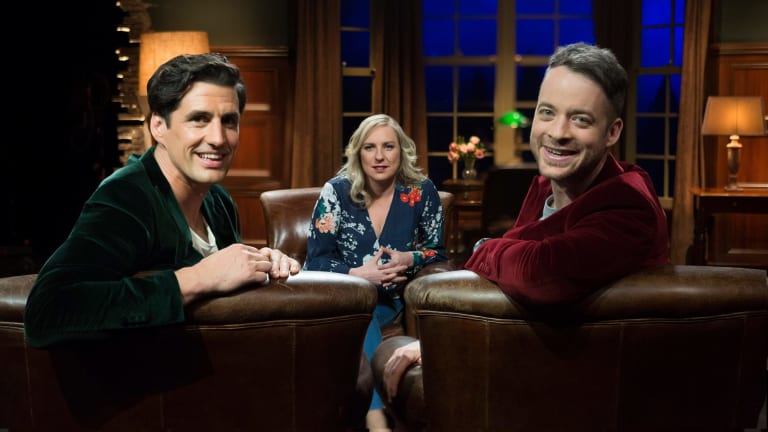 True Story with Hamish and Andy.

The comic duo's great skill here is settling right back into their armchairs and letting their guests take the stage. True to the brief, this cosy scenario allows Australia's unsung storytellers to regale with cracker anecdotes. This season opener is a classic example. Matching Carol's knack for spinning a good yarn are the stellar actors who bring it to life. Those include Mark Mitchell, Essie Davis, Rob Sitch and Jane Allsop.

Virtually unrecognisable from his dreamy James Bond, Pierce Brosnan stars as a swaggering, embittered oil tycoon in this brutal American dynasty drama set in Texas at the turn of the 20th century. Inter-racial rivalries span three generations of novelist Phillip Meyer's pioneering family. The violence is immediate and extreme, the attention to historical detail slavish and evocative.

You get a sense not only of the compounding heartbreak of the family of the young mother who disappeared without trace in Katoomba in 1998 in this coverage of the inquiry into her case, 14 years later. Also made plain is the impossible task the investigators face, trawling through the memories of mostly heroin-addicted witnesses and persons of interest. This is a confronting picture of what an unresolved missing person's case sometimes looks like.