The reality favourites were joined by a number of other cast members, dressed in camouflage, for their fun day out at Mayhem in Essex. 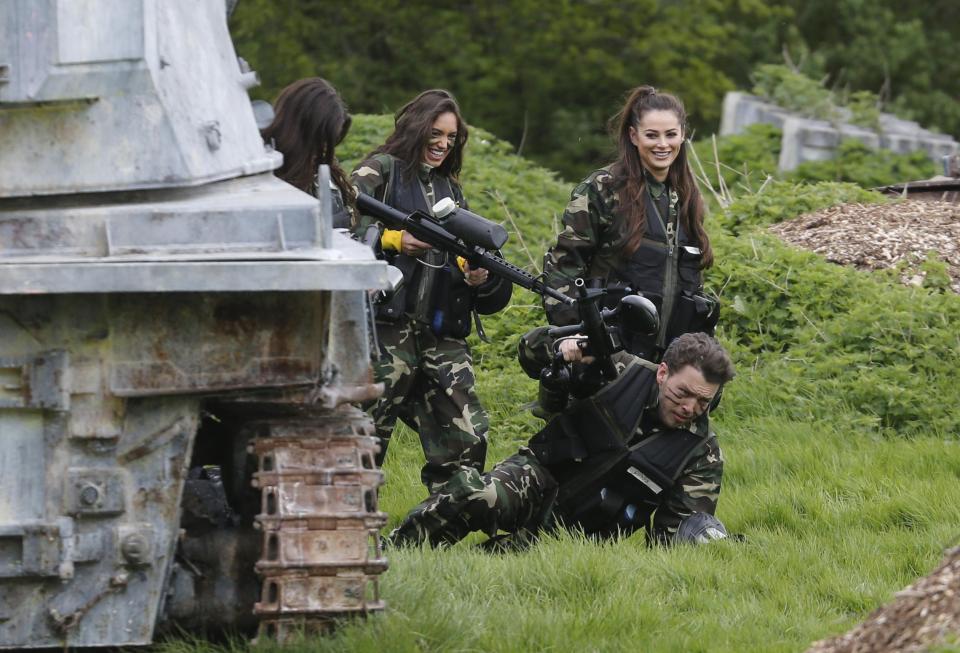 Clelia could be seen laughing along with Courtney Green while holding a paintball gun as James Diags crawls on the grass.

They were dressed in green and brown camouflage overalls with black sleeveless jackets over the top, and finished off their low-key looks with brown face paint.

At one point the girls were joined by Shelby Tribble and Chloe Meadows who mysteriously pointed her paintball gun in the air.

Joining the troops was Chloe Lewis who wore her blonde hair in perfect waves. 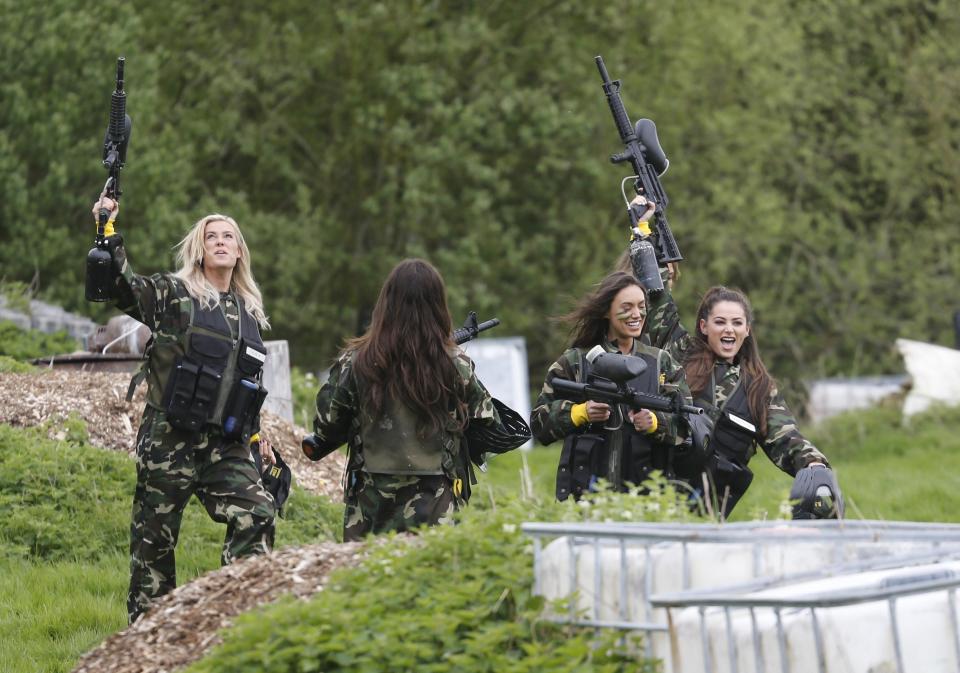 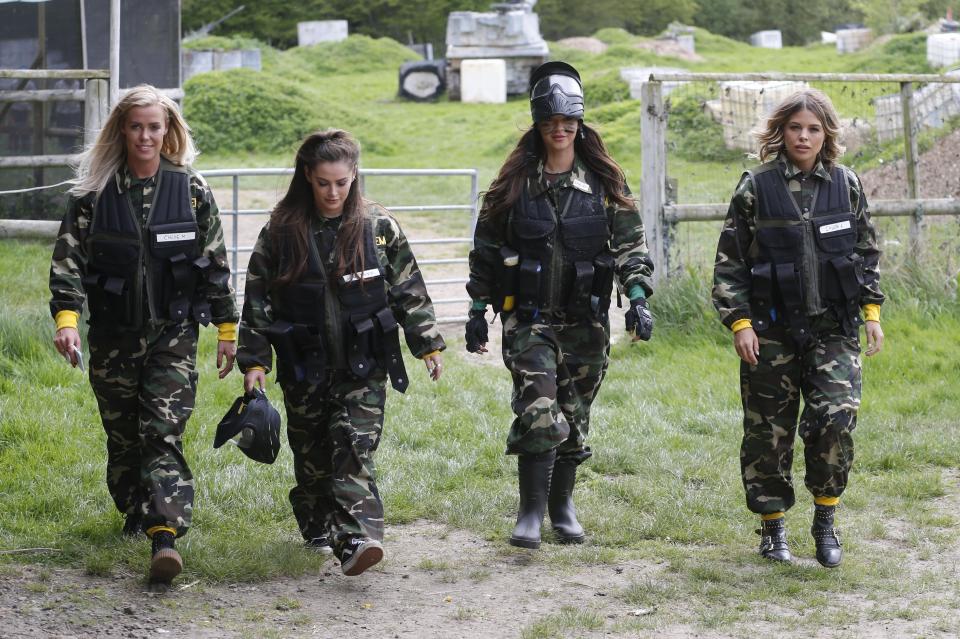 Courtney seemed to be in good spirits after the latest episode of Towie which saw her tell Chloe Meadows, Yazmin Oukhellou and Amber Turner she had broken up with boyfriend Myles Barnett after he called her a "slag".

It was exclusively revealed by The Sun Online last week that the couple had split and viewers shared their happiness that they were no longer an item.

As they watched the aftermath of their break up unfold in Sunday night's show, fans took to Twitter to reveal how pleased they were that Courtney had finally ended the "toxic" relationship.

One wrote: "I’m glad Courtney realised how toxic and agreesive Miles is …. You are a strong, beautiful, woman Courtney, who deserves to be treated like a queen #TOWIE." 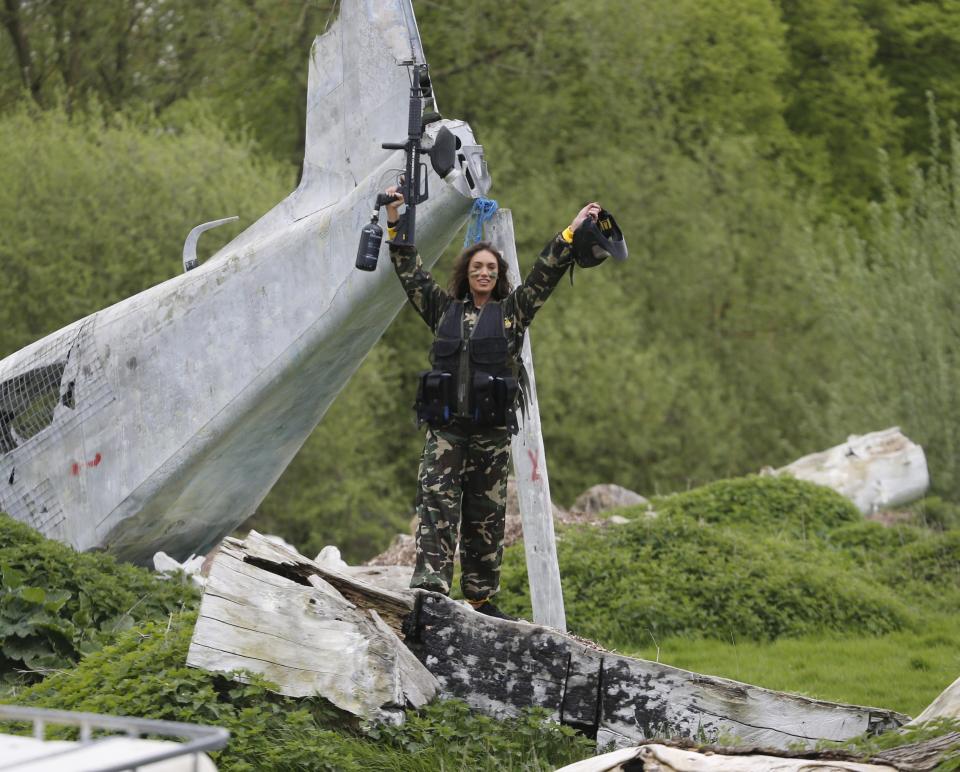 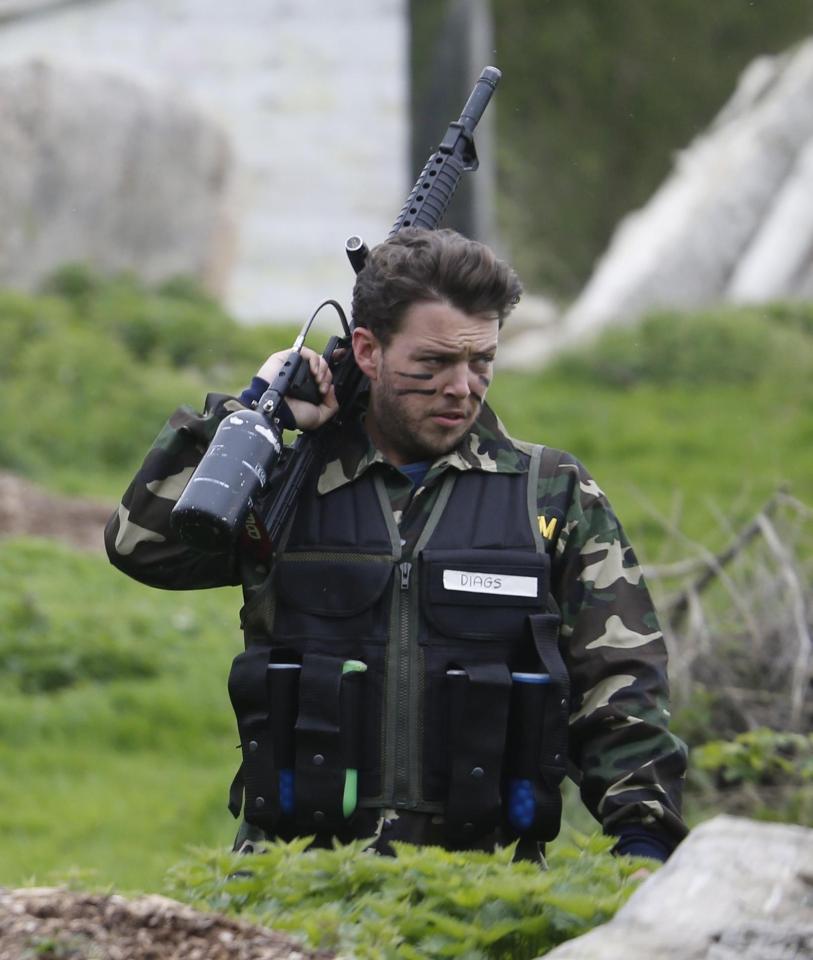 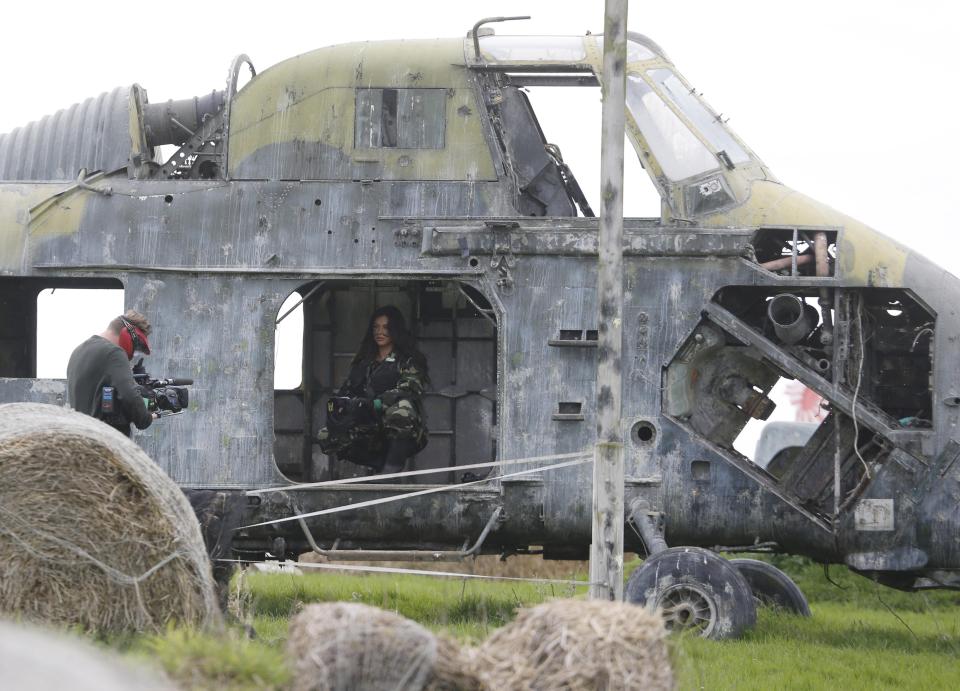 Another commented: "Gooooooo on Courtney u go gal."

A third shared: "Courtney green what a strong beautiful young lady you should be so proud of yourself because I am and I don’t even know you #Towie." 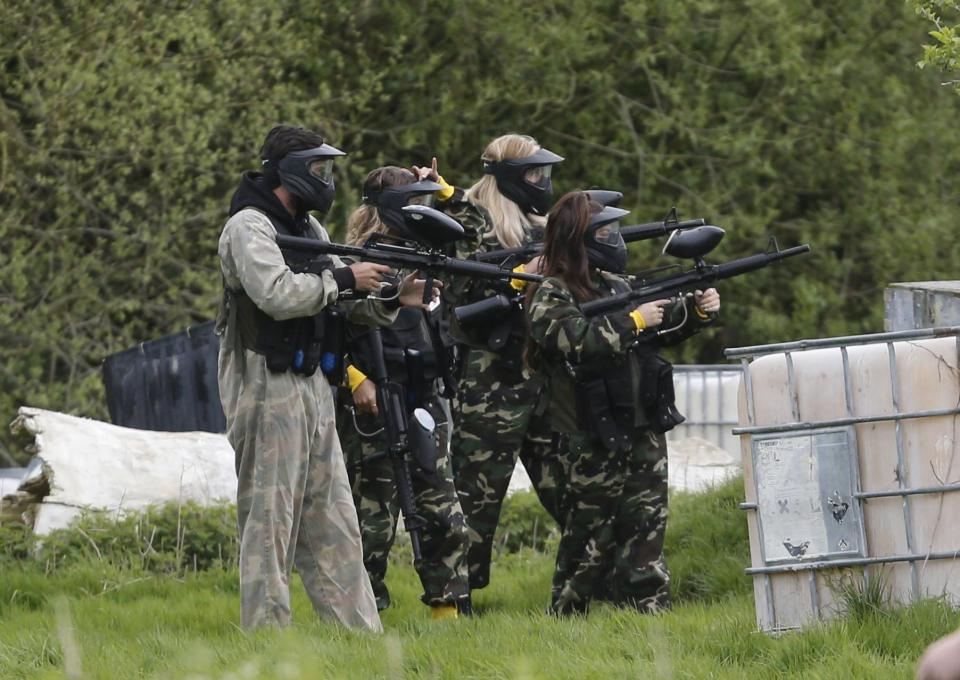 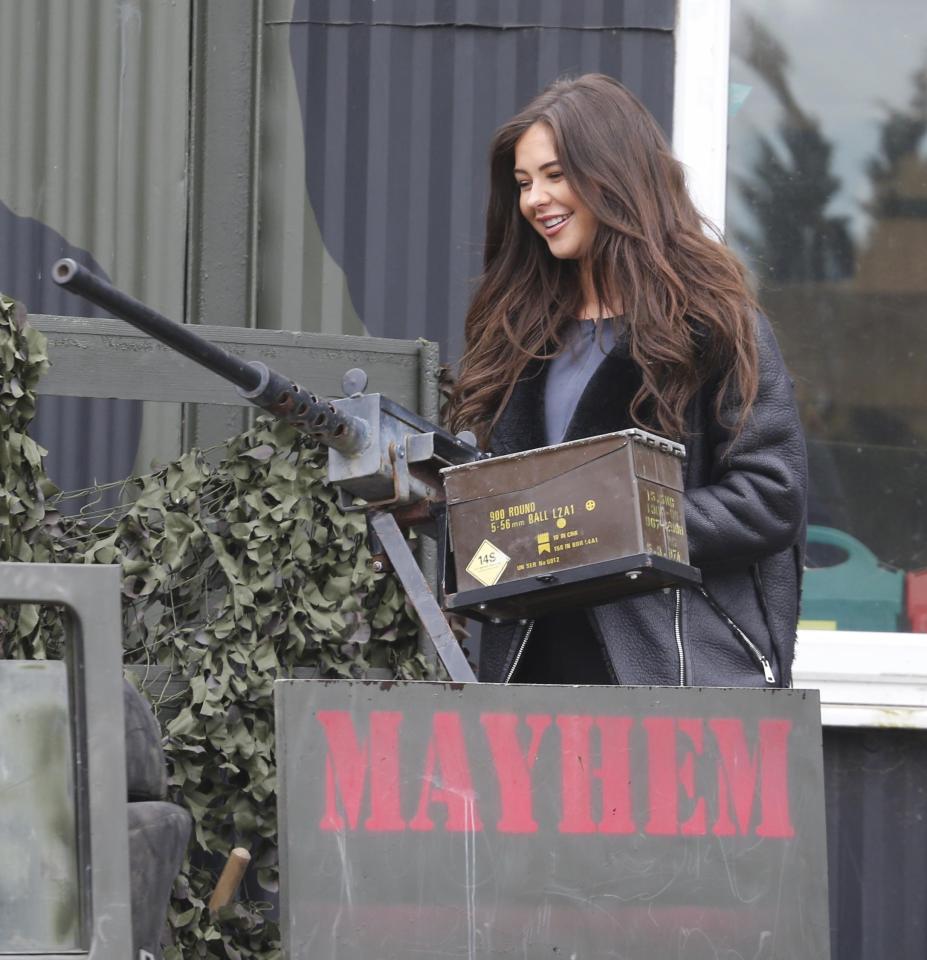 Her ex was then seen talking to James Lock about how sad he was about the break-up.

Later in the episode the couple were seen in a club having their first face-to-face chat since their split, and Courtney made it clear to Myles in an emotional conversation that this was it for their relationship.

It was revealed by The Sun Online last week that the couple had called it a day after a year of dating.