The Dancing On Ice star looked like he was back in her good books as he strutted about topless – showing off his rippling abs. 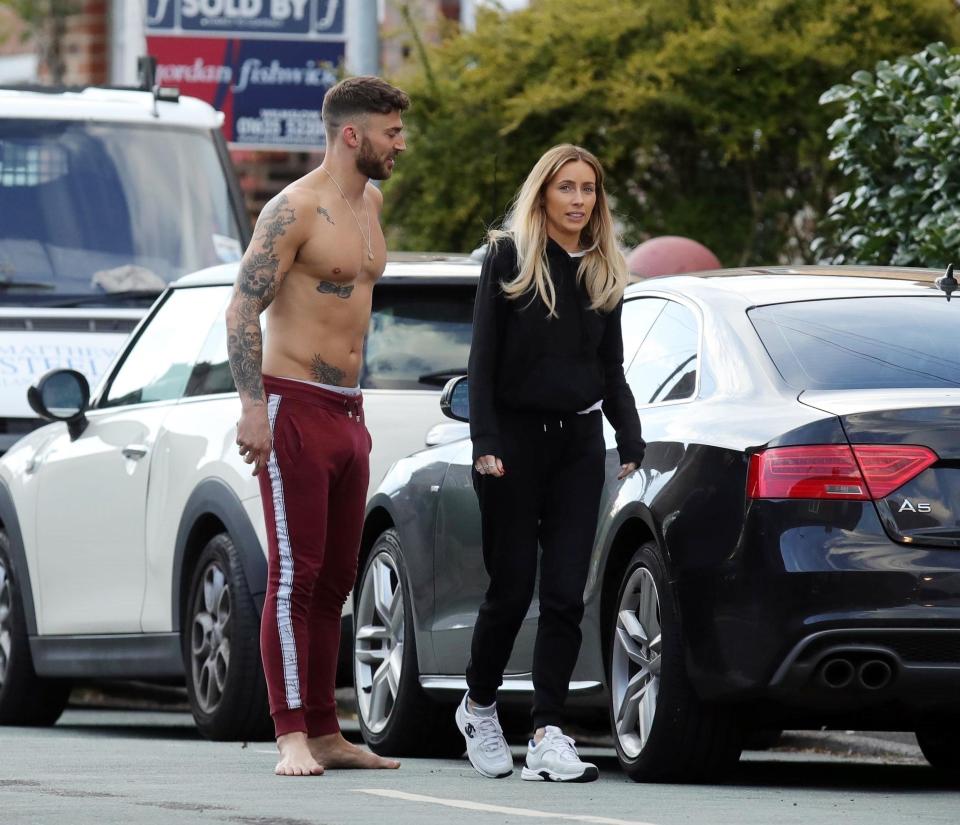 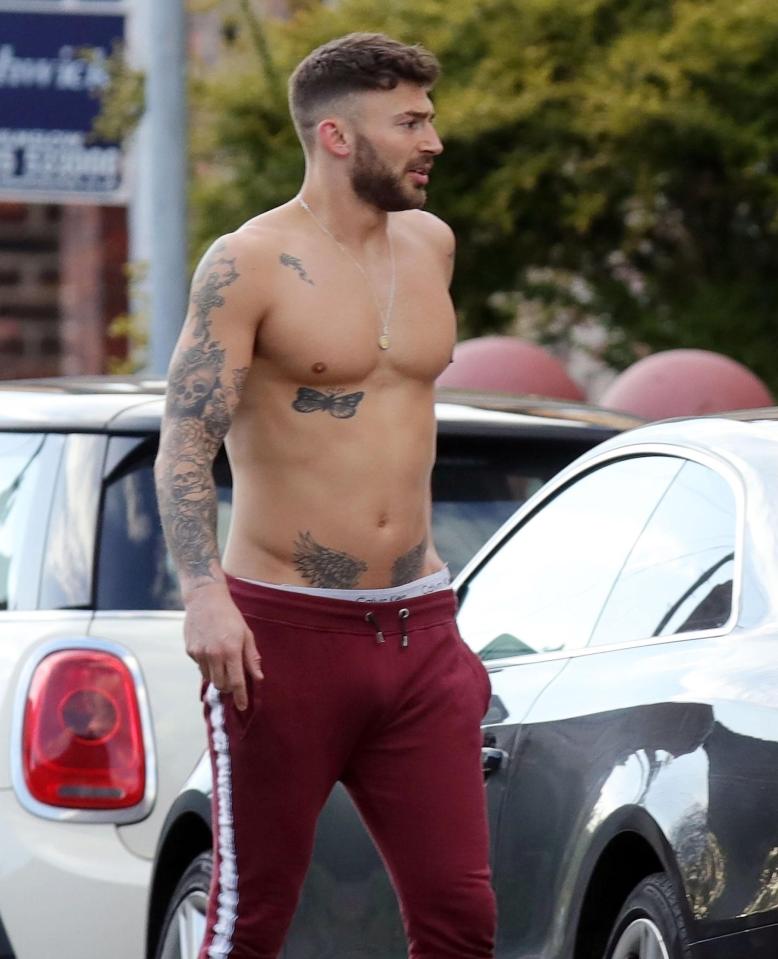 Danielle, who had just returned from a trip to Dubai, couldn’t keep the smile from her face as the hunky star joined her outside her home, which might have had something to do with his lack of shirt.

Jake, 29, was bare-foot wearing just his red tracksuit bottoms, while Danielle was wrapped up in a black tracksuit and didn't appear to be wearing her engagement ring.

Looking very much like a doting boyfriend, he was seen helping her unload the boot after her much needed break with her family and famous superbike racer dad Carl, to clear her head.

Last month The Sun revealed that Jake had split from model Danielle, just seven months after popping the question. 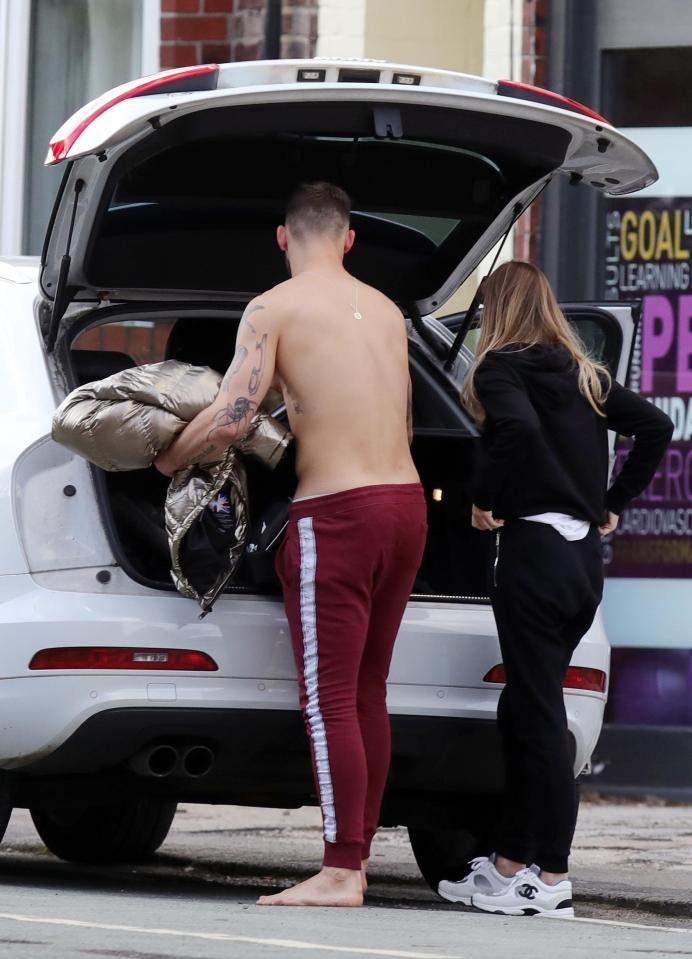 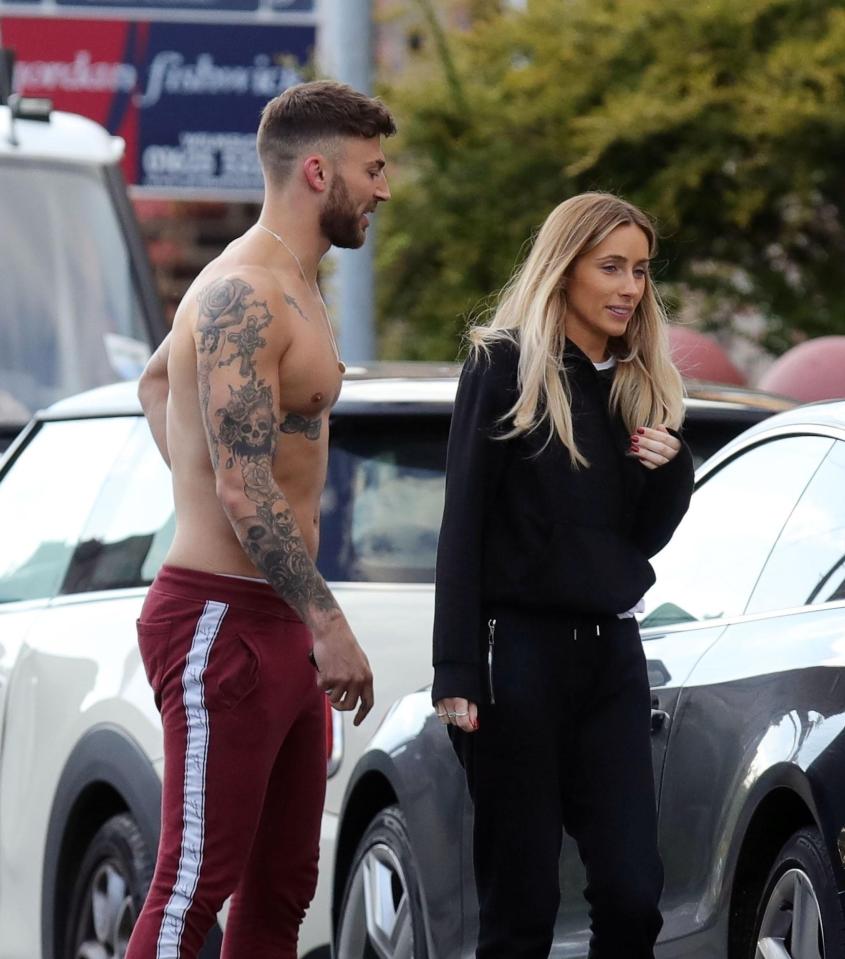 They called it a day during a recent break in Rome as they are thought to have clashed over their big day and Jake’s partying with his Dancing On Ice co-stars.

The skating star recently revealed he hadn’t had much say in their wedding planning, which was expected to take place later this year.

Speaking about his wedding with Danielle, who he met through her dad and his I’m A Celeb campmate Carl, he told new! Magazine: “Everything I suggest is deemed stupid and is shot down.

“Danielle is doing a lot and her family and my family are helping out. When I get a spare minute, we talk about the wedding.” 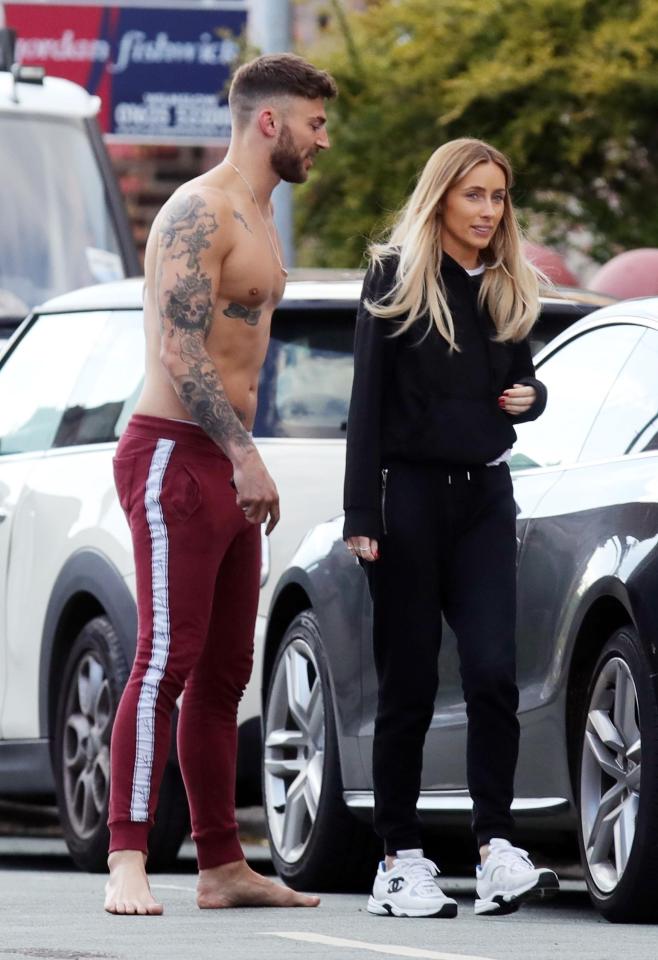 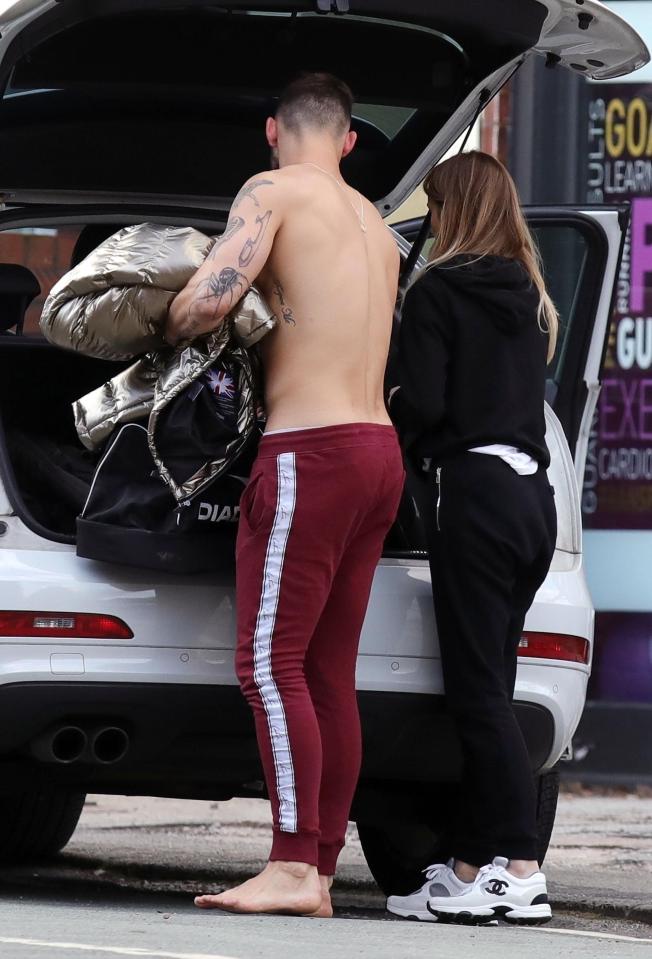 We later revealed the couple had called it a day, with a source saying: “Jake and Danielle have been joined at the hip since her dad introduced them. But winning Dancing On Ice has meant Jake’s had other priorities.

“He’s been touring the country with Kem (Cetinay) and getting a lot of female attention, which hasn’t been easy for Danielle.”

But judging by these pictures, things have got a little easier between the pair.