Host Ben Shephard was on hand to help four quizzers on Thursday afternoon’s rerun of Tipping Point. However, it was contestant Taylor that seemed uninterested in continuing on with the game and appeared to begrudgingly take part, swiping at one of her opponent’s efforts.

Ben Shepard welcomed four new contestants to the show in the form of Peter, Hannah, Taylor, and David.

However, one took a sly swipe at her fellow quiz show competition after she lost all her counters.

The moment came after Ben stated that Peter, Hannah, and David all had two counters left and Taylor had none.

The host then asked them the question: “Chat is the French word for which feline domesticated animal?” 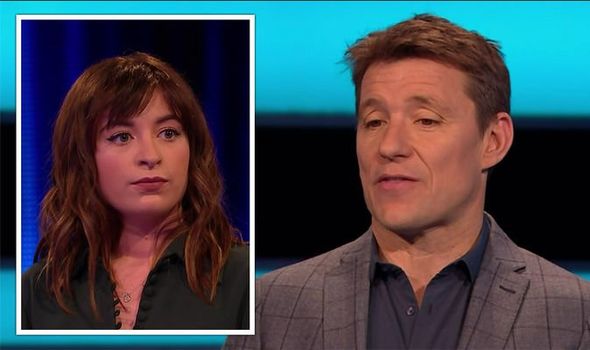 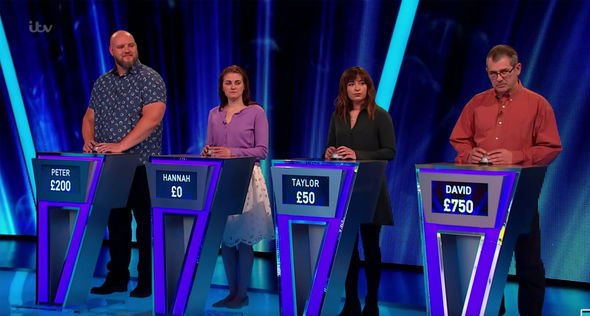 However, as he was waiting for the counters to drop, David said to himself: “Are they going to drop this time?”

After getting off to a strong start, the counters started all bundling together and failed to drop for the cash prize. 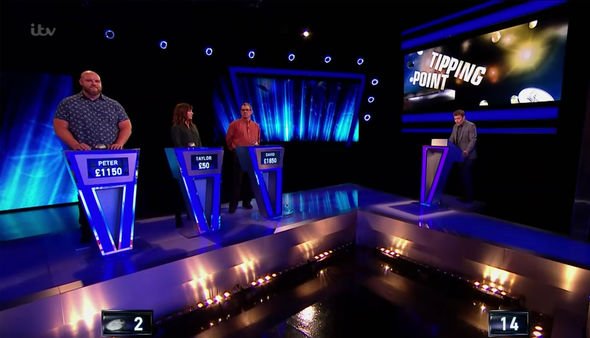 After David hoped for a good result with his next counter, however, Taylor decided to try and put him off.

As David implored the counters to drop off the shelf, Taylor took everyone by surprise as she snarled: “I hope not.”

Ben and the fellow contestants let out a nervous laugh and appeared aken aback by her response.

But Ben quickly turned his attention back to the game where David’s counters were just about to drop.

Fortunately, a mystery counter was pushed over the edge, which led to a large bundle of counters to be added to the prize fund.

David looked absolutely delighted and said the play was “excellent”.

The drop left David with £700 and he still had some remaining counters.

While Hannah was left with no money, she still had two counters to play, but, sadly for Taylor, she was out of counters and just £50.

Previously, Taylor had lost all her three counters after wrongly answering the quiz questions.

Ben asked her: “In human anatomy, the head of the femur bone forms the ball of which ball and socket?”

Taylor was prompt in answering and quickly responded: “The kneecap.”

“Ball and socket joint between the thigh bone and the pelvis,” Ben pointed out, before revealing the answer: “It’s the hip, Taylor.”

Taylor made it through to round two, however, as Hannah was the first player sent home – although Taylor soon followed in the second round.