Emma joined Holly and Phil via video link on This Morning today to discuss why she’s taken it upon herself to stock up on items amid fears of a second lockdown. With reports coronavirus cases are on the rise, the ITV guest revealed she had enough stock in her home to last until January. And even when Iceland boss Richard Walker joined the debate to offer his reassurances there was no need to stockpile, Emma seemed unwaivering.

The This Morning guest opened up about her reasons for stocking up on goods, claiming she didn’t want to “put her family at risk for a bottle of milk.”

As a result, Emma has “700 nappies” and an abundance of tinned food to last until January as well as plenty of other products.

Emma even revealed she fears the Government may “ration” the amount of food consumers can by, as Holly asked: “You don’t think it’s unrealistic to think the Government could ration our food?”

The guest replied: “I have a lot of anxiety over this issue. It’s unprecedented times, this have never happened before on an international level.” 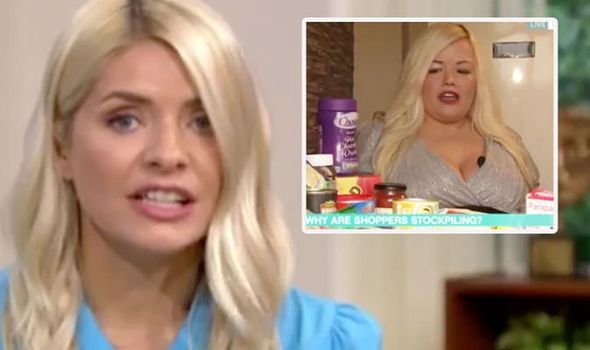 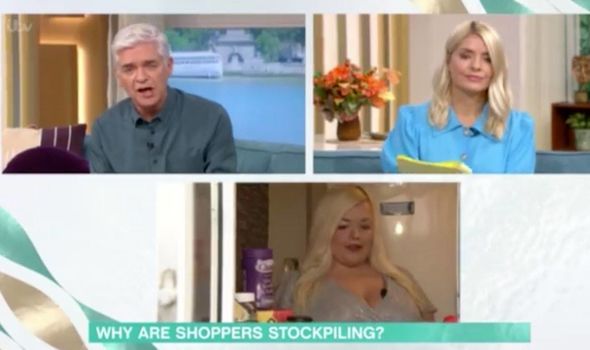 She added: “The items in the supermarkets are not sanitised – I’m not comfortable putting my family at risk for a bottle of milk.”

And despite Richard assuring Emma it would be safe and there was plenty of stock, Emma remained unconvinced.

Emma did add, however, she does much of her shopping online to avoid the shops. 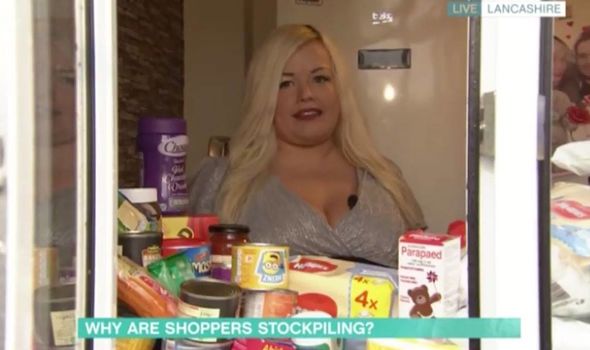 “(We are) floor to ceiling with toilet roll and eveything in between, it’s important consumers no there’s no issue out there.”

However, it’s safe to say ITV viewers weren’t best pleased with the idea of stockpiling.

Taking to Twitter, one fan said: “Silly stockpiller!!! She’s bought how many nappies?? All that for landfill when she could buy reusable nappies and spend much less whilst protecting the environment #ThisMorning.”

A second weighed in: “Does she not realise that the items she gets via an online delivery will still have been handled by the same people that send them to supermarkets? Trying to justify her stockpiling… #ThisMorning.”

“Hahaha Holly isn’t having any of her reasoning for stockpiling!!! #ThisMorning,” said a third, while a fourth added: “@thismorning this woman who stockpiles and has enough to last until January, this sums up what’s wrong with this country. There isn’t ANY shortage of things except what’s created by stockpiling. Just buy what you require and that’s it, simple. #ThisMorning.”

A fifth defended Emma, however, saying: “They’ve completely missed her point, stockpiling is bad yeah, but she’s said she’s done it because she doesn’t want to go the the supermarket – not cos they’ve run out of food. That speech from the Iceland guy meant nothing to her #ThisMorning.” (sic)