The Walking Dead: World Beyond is edging closer to its highly-anticipated season one finale, with the ante skyrocketing in the AMC drama’s latest instalment. As Iris (played by Aliyah Royale) and Hope Bennett (Alexa Mansour) edge closer to discovering the truth about their father and the wicked ways of the CRM, there’s undoubtedly plenty of Empty-killing and spine-tingling horror on the way. But with the spin-off only set to run for two seasons, fans and the cast will already be looking ahead to what’s to come in the TWD universe and beyond – and Royale exclusively revealed she has plenty in the pipeline.

In the Walking Dead universe, 2020 has been quite the year of transition.

The flagship series was announced to be ending after its 11th season – but stalwarts Daryl (Norman Reedus) and Carol (Melissa McBride) will return in their very own spin-off.

AMC viewers also saw Fear the Walking Dead make a comeback for its sixth season as well as the premiere of World Beyond.

However, World Beyond will also be coming to a close in the not-so-distant future, with AMC only billing two seasons of the horror. 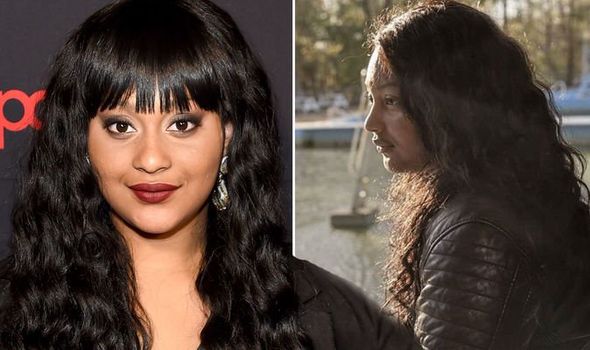 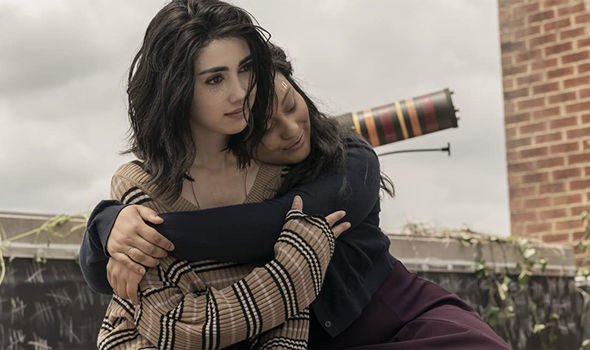 Nevertheless, it hasn’t stopped TWD fans tuning in each week to see the thrills and spills coming thick and fast at Iris, Hope, Elton (Nicolas Cantu) and Silas (Hal Cumpston).

But what lies ahead beyond World Beyond? Royale told Express.co.uk: “Definitely big plans coming up.

“Things that I’m waiting to be released so I can talk about them (laughs).

“During this quarantine and just this period in general, I’ve really been thinking about what my life looks like on the other side of the camera.” 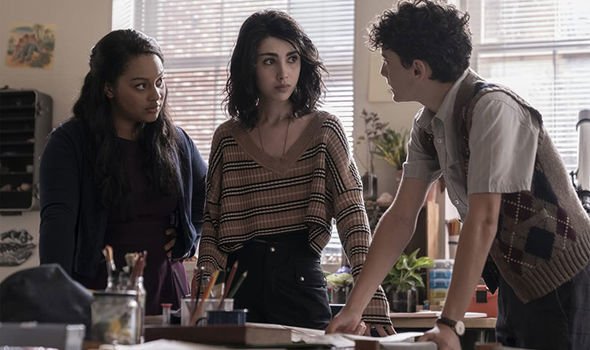 Royale continued: “So I’m currently writing, producing and figuring out how to put into motion my own feature film.

“And that’s been just extremely cathartic and awesome to be working on and I hope that everyone gets to lay their eyes on it in 2021.

“It’s an awesome thing to be involved in content and be in that actor role but I think that there’s pride in producing your own work and telling stories you want to tell and deciding how they’re told and I’m excited to start that journey.”

So while Royale may be looking at a career behind the scenes, she was quick to affirm she would be happy to stay on if World Beyond did go further than its planned two seasons.

“Absolutely,” Royale said when asked about returning if the opportunity arose.

“I have no clue what to expect from Iris at the end of season two. I know there are certain things that they want to focus on.

“But if that story is extended even past that, I’d be delighted to see what they came up with. It’s an awesome opportunity.”

And a crossover into other series in the TWD universe? That too may be a possibility.

The TWD newbie said: “First of all, just based on the way season one ended, the number of open-ended questions are overwhelming, to say the least.

“We are great at the cliffhangers. We do really well with that.

“Season two, I definitely think there will be some satisfaction, but it’s definitely going to be open for the characters to do even more and to go on other journeys.

“I mean, we’ve got the movies, we’ve got the Daryl and Carol spin-off. There’s a lot of stories that still need to be told you know, wherever those go, we’re blessed.”

The Walking Dead: World Beyond continues Sunday on AMC in the USA and Fridays on Amazon Prime Video in the UK.

We will use your email address only for sending you newsletters. Please see our Privacy Notice for details of your data protection rights. Temperatures are…

A TEEN has been arrested after he was filmed posting swastikas around California town. The as yet unnamed 19-year-old was caught on camera by Fairfax…