Star Jake McDorman tells TheWrap this one is true 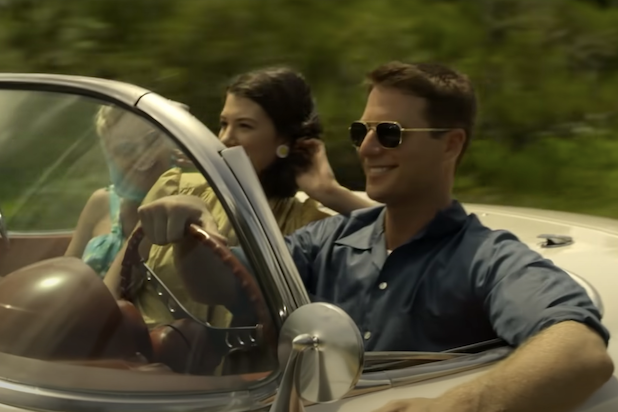 In Episode 2 of Nat Geo and Disney+ series “The Right Stuff,” brash Navy test pilot turned Mercury 7 astronaut Alan Shepard (Jake McDorman) somewhat unwittingly negotiates the deal of a lifetime: long-term use of a brand-new Corvette for $1. The agreement is struck with an appreciative car salesman, and is one that is offered to the other (hopeful) spacemen. (The virtuous John Glenn appears to resist temptation in the TV series.)

But did Shepard and his looser friends, morally, really land Vettes for a buck apiece? McDorman says it’s a “true story.”

“They’re basically publicity on wheels for that dealership,” he told TheWrap.

Super cool, though the man who suited up as Shepard maybe didn’t look super cool at times while attempting to operate the classic sports car. McDorman told TheWrap he stalled his Corvette out a bunch of times on set.

Worse yet, he had to admit the failure to his dad, who drove a stick-shift convertible when McDorman was growing up.

“There have been multiple times where I’ve embarrassed myself on set on multiple projects where I had to drive stick,” McDorman said. “That happened in ‘American Sniper’ with Bradley Cooper and Clint Eastwood in the car. That’s happened on this show where I’m supposed to be the f—ing coolest guy in space, stalling out with two girls in the car with me, trying to be a badass.’

“I should really go out to a parking lot,” he continued. “I’m 34, I really should get better at it.”

Executive producers include showrunner Mark Lafferty, Leonardo DiCaprio, Jennifer Davisson and Danny Strong, among others. “The Right Stuff” is a Nat Geo series made for Disney+.

The first two episodes of “The Right Stuff” debuted Friday on Disney+. The next six episodes will roll out weekly, one at a time. Check back next week for more from our interview with McDorman.

Dear Amy: Like so many others, I have faced my share of struggles trying to get through the pandemic and keep my health, family, and…