The Masked Singer UK is back for another series on ITV and this weekend, viewers got to see the remaining colourful characters for the first time. The judges got to hear from Bush Baby, Seahorse, Grandfather Clock, Harlequin, Viking and Blob. Sadly for Seahorse, they were chosen to leave the competition and Express.co.uk has all you need to know about their true identity.

The Masked Singer returned to ITV at the end of 2020 and fans have been treated to many stunning performances from the anonymous singers.

The judges are tasked with guessing the identities of the performers, based on their voices alone, and they are given some cryptic clues along the way.

The judges this year are Mo Gilligan, Davina McCall, Rita Ora and Jonathan Ross, and they have been put through their paces to guess which celebrities are behind the masks.

So far only one contestant has left, and in the first week Sophie Ellis-Bextor was revealed as the star behind the Alien costume.

This week it was Seahorse who left the competition, and the celebrity behind the mask was former Spice Girl – Mel B. 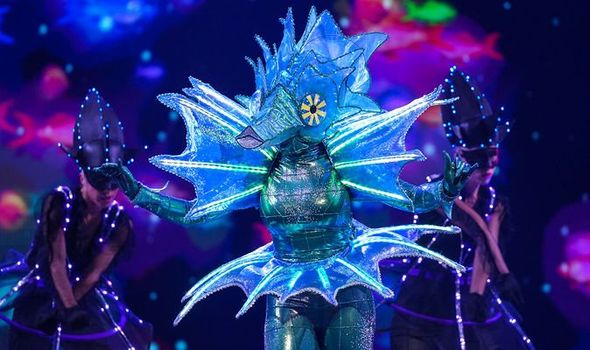 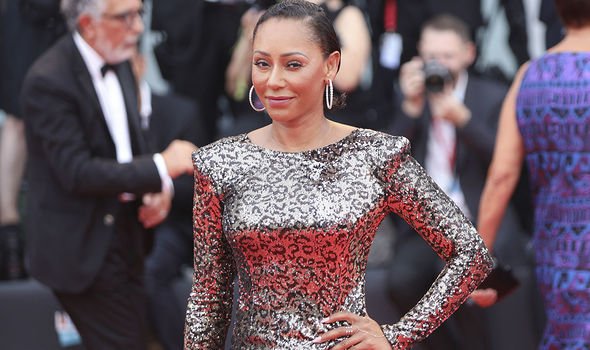 In the bottom three and up for elimination were Grandfather Clock, Harlequin and Seahorse.

The panel voted for Harlequin and Grandfather Clock to be saved, which meant Seahorse had to be unmasked.

Mo Gilligan was convinced it was Mel B, but the Spice Girls star said she thought she had disguised herself well.

Gilligan said she had “such a distinct twang” to her voice, which gave it away.

Seahorse performed a classic by Kylie Minogue – Can’t Get You Out Of My Head.

The panellists initially thought this was a daytime TV presenter with a Lancashire accent.

Mel B said it was a “great show” and she was able to “not be herself” for a little while. 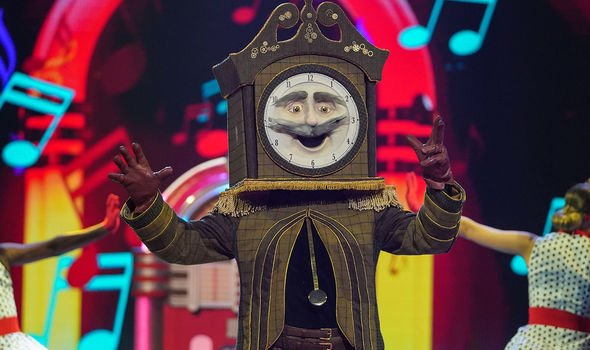 Harlequin performed a stunning rendition of Diamonds by Rihanna – a tricky song to nail. The clues were Harlequin was “a bit of a joker” and she had been featured in plenty of newspapers. As she nailed the song, the panellists believed she was a natural singer.

Blob got the judges in the dancing mood with a cover of Uptown Funk by Mark Ronson and Bruno Mars.

The clues for Blob were he was a teacher, who wore glasses, and wanted to be James Bond or Batman as a child.

Viking did a smooth cover of Songbird by Fleetwood Mac. They said they were “curious” and were “looking for a voice”.

Bush Baby performed Delilah by the legendary Tom Jones, so they had some huge shoes to fill.

The clues included an Australian accent, a cheeky character who was full of mischief, and they were known to wear a fez.

Some of the guesses included Gino D’Acampo, Joe Swash and Matt Lucas.

Grandfather Clock rather aptly performed Rock Around the Clock by Bill Haley & His Comets.

The clues were a lion, a football boot, with fans thinking he could be a goalkeeper. One of the guesses was David James, while another was Frank Skinner. 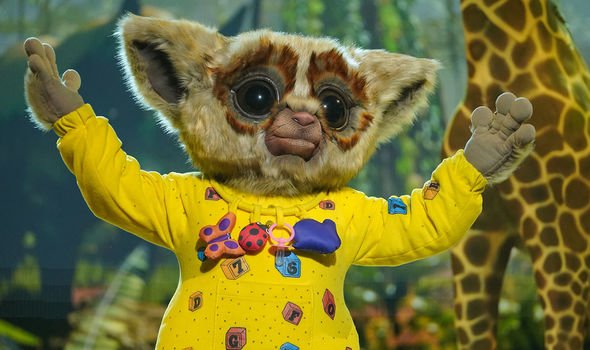 Opening the show this week, the panel took their competitive spirit to the next level as they are all hoping to make the best guesses.

Ross was heard saying he was still confident, and he thought all of his guesses were the closest to being “spot on”.

Ora has said the clues this year have been extremely difficult to unravel, and she admitted it was not as easy as she had believed.

She is known for being one of the best guessers on the show, but her luck may change as the secrecy is at an all-time high.

McCall had said it was “too much to handle”, and she commented on the fact newcomer Gilligan was already proving himself to be a talented guesser.

Gilligan said he had developed a “good cop, bad cop” connection with McCall, saying the other panellists were extremely competitive.

Tonight’s episode saw the last of the contestants take to the stage, so episode three will take the game up a level.

Joel Dommett has been hosting the series, and he said it continues to be the craziest show on television.

He told ITV: “I genuinely felt like everyone was amazing this series. This year we have some incredible voices.

“The level of singers is higher. Performance-wise – last year Queen Bee blew us away and every song gave you goosebumps and tingles.

“This year there’s definitely at least four or five that had that effect on us and it made every show epic.”

The Masked Singer airs on ITV