Jennifer Garner has a mystery to unravel this spring.

The Last Thing He Told Me, an upcoming thriller starring the Alias vet, is set to drop on Apple TV+ Friday, April 14, the streamer announced Wednesday. The first two episodes (of seven) will release on that day, followed by one installment every Friday through May 19.

Based on the bestselling novel by Laura Dave (who co-created the series with husband Josh Singer), The Last Thing He Told Me stars Garner as Hannah, a woman who must forge a relationship with her 16-year-old stepdaughter Bailey (Mare of Easttown‘s Angourie Rice) in order to find the truth about why her husband has mysteriously disappeared.

The Last Thing He Told Me marks Garner’s first series-regular TV role since HBO’s Camping comedy in 2018. She was previously slated to star in another Apple TV+ miniseries, My Glory Was I Had Such Friends, which would have reunited her with Alias boss J.J. Abrams; the project, though, was scrapped at Apple last August.

In addition to the first-look photo above, Apple TV+ has also released the below snapshot, featuring Garner and Rice. Scroll down to view it, then tell us in the comments if you’ll be watching Garner’s next series. 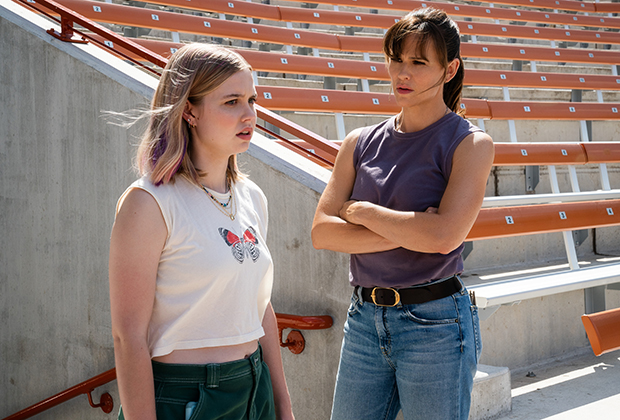