For five years now, NBC’s This Is Us has regularly assaulted our emotions through the Pearson family saga. Creator Dan Fogelman always had a plan for the drama series. Now that it’s coming to an end after season 6, it’s worth wondering what comes next for the mega-mogul.

In an essay penned for the Pancreatic Cancer Action Network (PanCan), Fogelman details the loss of his greatest muse — his late mother — and how her final goodbye may have contributed to This Is Us fame.

‘This Is Us’ may have pieces of Dan Fogelman’s loss 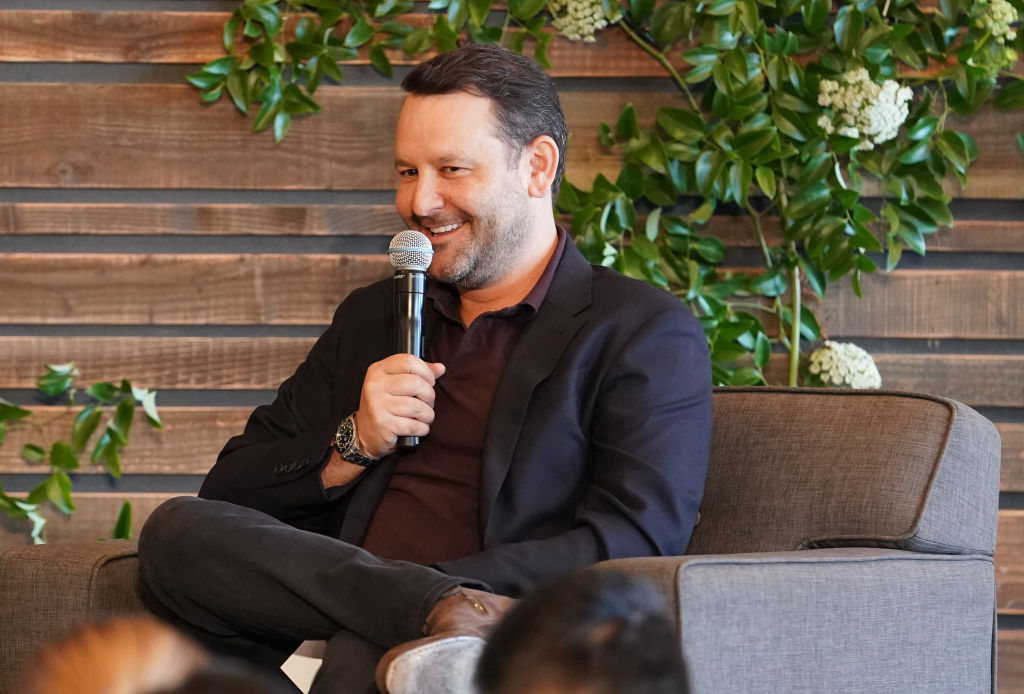 If you’ve ever caught an episode of This Is Us, you know the depth of material Fogelman’s capable of creating. The multi-layered storylines often give way to glimpses of the past, fused with the present.

The creator’s real-life events are highlighted in all five seasons. The tragic Superbowl episode solved the long-awaited mystery of how Jack Pearson (Milo Ventimiglia) died. The event is preceded and followed by interstitial tales of how the Pittsburgh Steelers impacted his life.

Randall Pearson’s (Sterling K. Brown) journey of finding his biological father, William Hill (Ron Cephas Jones), became more tragic when fans learned of William’s terminal cancer. This, along with the death of Jack, may have intertwined somewhere in Fogelman’s creative space. It’s there, he pays tribute to a woman he describes to PanCan as a “larger-than-life person.”

In his essay, Fogelman tells the story of his mother, Joyce, who was “very funny, very frugal, and a bit of a knockout.” Her pancreatic cancer was found during a routine physical.

“Unfortunately, though, by the time the tumor was found it was very large and was nearing other organs,” he said. “The cancer had not spread, but future growth would put pressure on other organs and create system failure.”

His mother consulted oncologists and surgeons, leading them to “a form of chemo that shrunk the tumor at the margins a tiny bit, and then she opted for a surgery that was somewhat risky.”

Even with the tumor gone, his mother did not survive the surgery and Fogelman did not get to say goodbye. He remembers his mother as someone who didn’t quite grasp the idea of superstars or big deals but instead, “whether I’d gotten my parking validated,” he says.

After his mother died, Fogelman and his sister — who This Is Us‘ Kate Pearson is loosely based on — returned to their mother’s New Jersey townhouse. There, he found a bin that contained every review of Fogelman’s first live-action film, Fred Claus.

The movie “didn’t perform well,” but his mother “had highlighted every mention of my name.” She did so even on the bad reviews because she was simply a proud mom. There’s no better goodbye for the This Is Us creator to find.

Could Fogelman’s story become an inspiration for another project?

Fogelman also mentions in the essay that his mom has influenced so much of his work, he had to take a break from writing about her. Pieces of her can been seen in The Guilt Trip, Life Itself, and again — This Is Us.

Fogelman and his wife, Caitlin Thompson (who plays Madison on This Is Us) recently welcomed a son, Benjamin. Maybe he’ll someday draw inspiration from life as a new father just like Kevin (Justin Hartley) and Madison on the show. The two met one year after the loss of his mother.