Near the end of “The Haunting of Bly Manor,” after the season’s narrator finishes spinning her yarn to a heedful audience, one listener chimes in with a word of advice. “I liked your story,” she says. “But I think you set it up wrong. You said it was a ghost story. It isn’t. It’s a love story.” Though the narrator amiably contends they’re the same thing, she also concedes, “If you go on to retell it, make that change up top for me.”

By no means will this review “retell” the nine episodes that make up Mike Flanagan’s next entry in his “Haunting” anthology series — you will find no spoilers here — but it does aim to emphasize what kind of story is being told. Framing, especially when it comes to sequels, is critical to how they’re received. Look no further than Flanagan’s own box office dud “Doctor Sleep,” which played as a follow-up to Stanley Kubrick’s “The Shining” even as it hewed closer to succeeding Stephen King’s novel. Now Flanagan is returning to his own work. The new season has no ties to “Hill House,” aside from a few cast members playing new parts, but that doesn’t mean Netflix viewers aren’t expecting similar thrills, especially given its October release.

Unlike the legion of frights tucked under every bed and behind every creaking door in his original haunted house, Flanagan’s “Bly Manor” is an unhurried, allegorically dense, romantic melodrama. I like it, but it’s not quite a love story — or if it is, it’s not an affecting one. More importantly, it’s not a horror show, and Netflix viewers should dissuade themselves of such presumptions, or risk missing its beautiful reflections.

Our unnamed narrator takes us back to 1987, when an American teacher named Dani Clayton (Victoria Pedretti) interviews to be an English family’s au pair. Sitting in the spacious London office of one Henry Wingrave (Henry Thomas, who also starred in “Hill House”), Dani tries to convince the disheveled uncle that her experience as an instructor trumps her inexperience as a full-time caretaker, and Henry pokes and prods, accordingly, until they both arrive at the questions that really matter: Why is a young, single, American teacher so eager to give up years of her life to nanny two children in a remote English mansion? And why is their disconnected, heavy-drinking uncle, who first posted the job listing six months ago, so reluctant to hire anyone for the position at all? 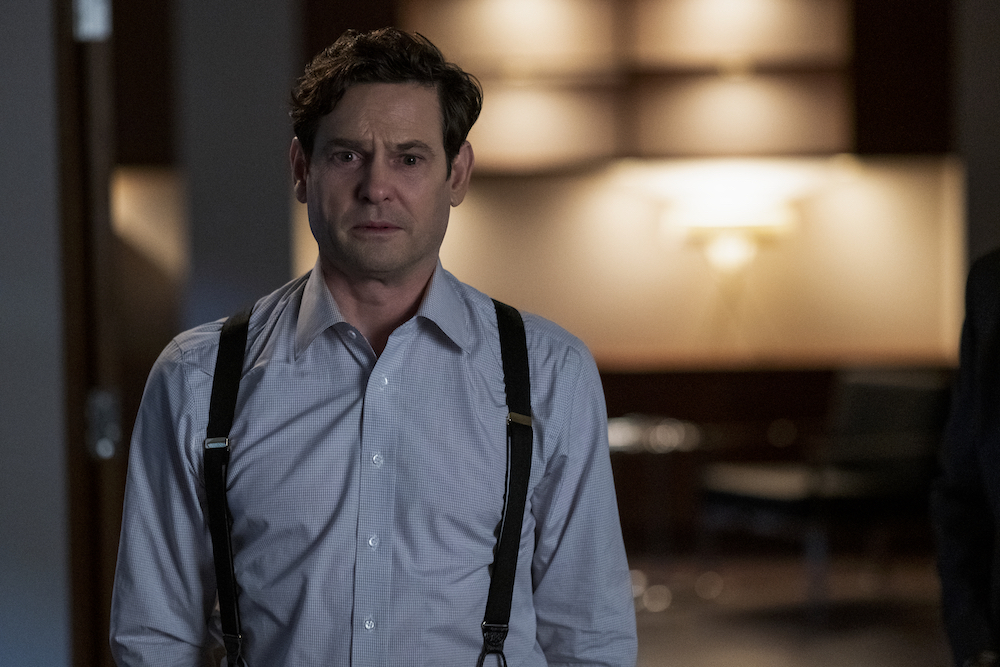 Henry Thomas in “The Haunting of Bly Manor”

Like so many foolish people in horror movies, both move forward without getting the answers they need and Dani is soon driving deep into the country to meet her housemates. There’s Owen (Rahul Kohli), the estate’s chef and No. 1 bachelor, who really loves making dad puns; Hannah (T’Nia Miller), the housekeeper and Owen’s No. 1 admirer, who’s notably spacey from time to time; Jamie (Amelia Eve), the gardener and resident cool chick, who does what she wants, when she wants; and then there are the children, Flora (Amelie Smith) and Miles (Benjamin Evan Ainsworth).

As the eldest, the biggest, and the most effectively dead-eyed, Miles makes for the ideal “creepy kid,” (think Macaulay Culkin in “The Good Son”), while his younger sister serves as the cute one who walks Dani through the house calling every room “perfectly splendid” — except the classroom, of course! Oh, what rascals, these kiddos.

Once this initial cast of characters has become acquainted, it’s not long until inexplicable circumstances start forcing questions to be asked, history to be divulged, and deep-seeded trauma to be unearthed. Yes, there are ghosts in Bly Manor, and Flanagan wisely doesn’t spend too much time pretending there aren’t. Where he slips up is in trying to define how they do what they do. Much like shows about time travel, ghost stories needn’t spend excessive amounts of time explaining how the ghosts can, say, float through walls and grab someone by the neck. In this way, presumptions work in the show’s favor: Viewers don’t need to sit through lengthy seminars explaining the inexplicable; they know what ghosts are, they know this is a ghost story, so just get on with it. 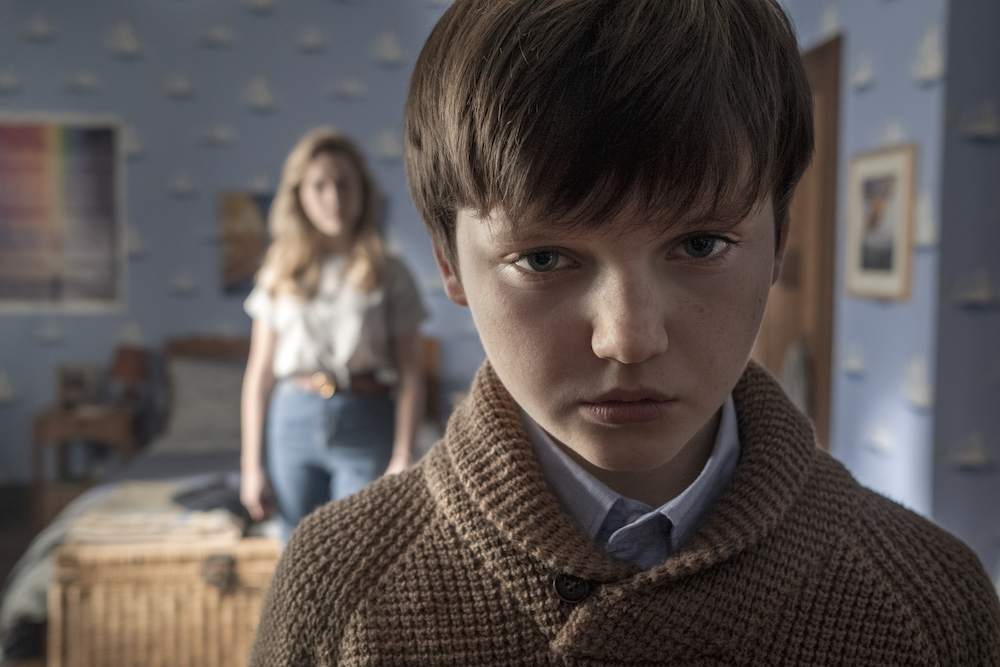 Adding to the nagging bloat factor is an expansive cast. All those people I named above? That’s not even all the series regulars, but to say any more might venture into spoiler territory. While each person is indeed fleshed out enough to feel three-dimensional, not everyone is all that compelling, and some of the least dynamic characters are also the ones asked to shoulder a lot of the expositional burden. “Bly Manor” also lacks the dual timelines that helped streamline “Hill House’s” character development; Flanagan relies on lots of flashbacks instead, which eventually contort into a unique narrative device, but there are simply too many backstories to get through, and too many redundancies within them. (The pace of “Bly Manor” is deliberate. It invites the audience to ponder the story’s emotionally complex metaphors. But it also suffers from “Shutter Island” syndrome, where the same information is told to you and shown to you.)

All of this is to say that “Bly Manor” is flawed; more flawed than “Hill House,” even, but the latest season’s fresh foundation nearly makes up for it. Flanagan doesn’t just try to tell a story about the dead to impress lessons on the living; he tries to tell a story about the necessity of storytelling, especially when those stories are about people we’ve lost. “Bly Manor” looks for purpose in the afterlife, not in a religious version of heaven or hell, angels or demons, but in how memories can be preserved, corrupted, and honored. It’s tricky to talk about without citing examples, so for now let’s just say academic types will love “Bly Manor.” There’s plenty to dissect, debate, and discuss.

Everyone expecting to be scared, thrilled, or otherwise roused this Halloween may have to look elsewhere. The ghosts swirling around “The Haunting of Bly Manor” dwell on memories and how they define the dead as well as the living, but their presence is almost paradoxical. Yes, by the end of the season, Flanagan ties his many threads together, and without his spooky guests, the season would be an unbearable bore. But the ghosts also get in the way enough to make you wonder if these characters deserved a different framework. Flanagan understands this genre well, that much has been clear for some time, and his desire to push classic horror constructs into more nuanced, emotional territory is admirable. But if these lifeless romances are any indicator, he may need to play around in a haunt-less house to hone his dramatic edges. “Bly Manor” stands as an ambitious blend of genres and arrives at its ultimate point with proper gravity. It’s not a great ghost story, it’s not a great love story, but it’s still haunting enough to hear out.

“The Haunting of Bly Manor” premieres Friday, October 9 on Netflix.