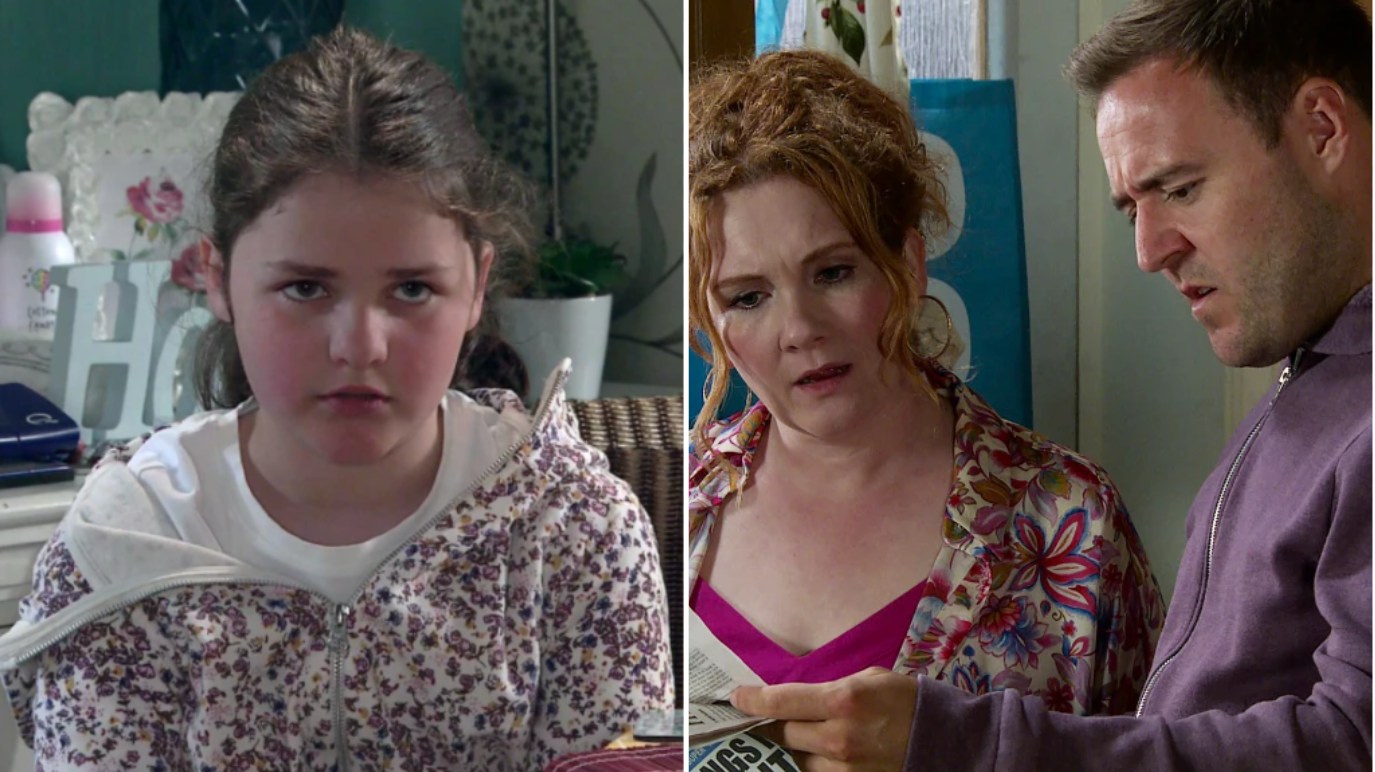 Hope Stape (Isabella Flanagan) finds herself impacted by Fiz (Jennie McAlpine) and John Stape’s past next week in Coronation Street.

The young girl is the daughter of John – a serial killer who made Fiz’s life hell many years ago.

As Hope has grown up, we’ve seen glimmers of her showing she’s very much her father’s child, with storylines covering her pyromania and clashing with her sister, Ruby (Macy Alabi).

Next week, Fiz fears for her daughter after discovering the Weathy Gazette has published the first extract of a book all about John Stape.

Fiz hides the paper from Hope and sets about trying to find the author with Tyrone (Alan Halsall).

The next day, the second extract is released and Fiz and Tyrone are horrified.

They meet up with Adam (Sam Roberton) to discuss a plan of action, but things take a turn when the school calls them and reveals Hope has gone missing.

Fortunately, Fiz finds Hope and Sam (Jude Riordan) in Victoria Garden and discovers that her daughter was upset over the nasty things her classmates were saying, but what can Fiz do to help?