In his True Stories documentary, the musician – who took his own life at the age of 28 – gave his fans a brutally honest insight into the struggle he endured. 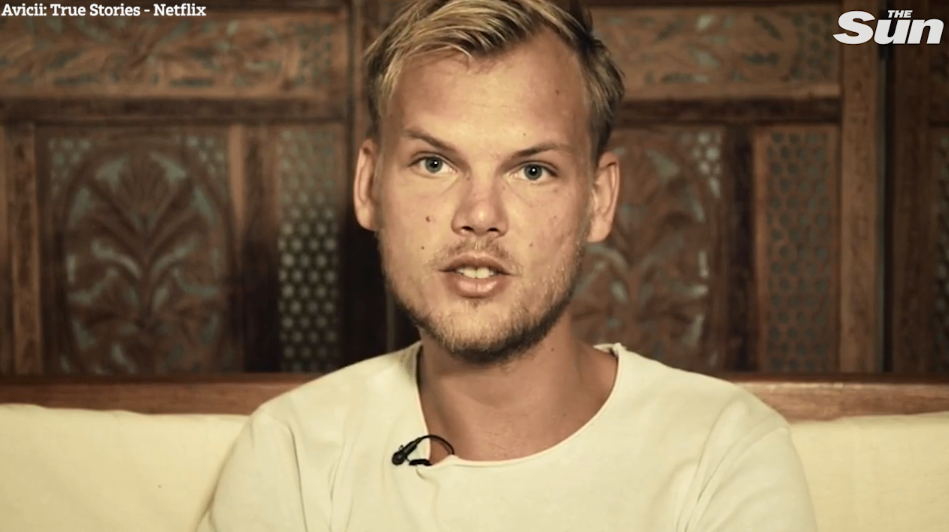 In a heartbreaking statement, his parents said how their son felt stressed and that he “was not made for the business machine he found himself in”.

And in the film, directed by his friend Levan Tsikurishvili, Avicii gave a no holds barred account of how he found the music industry – revealing he felt pressured into performing.

Fans in the UK are now unable to watch it on Netflix and the shocking documentary is only available in certain countries around the world. 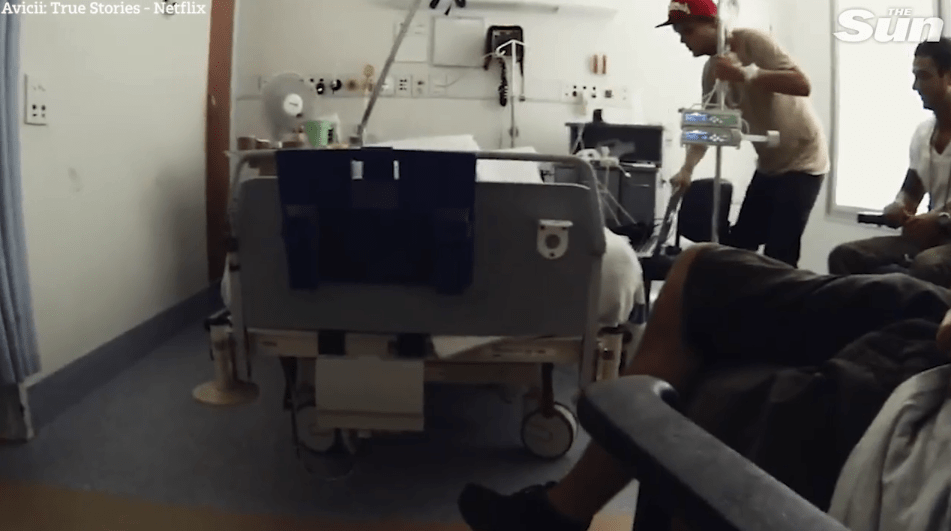 His excessive drinking left him suffering with acute pancreatitis.

After falling ill, he was taking a cocktail of drugs to get him through while still being encouraged to work.

Just one day after leaving hospital in Australia, Avicii could be seen struggling to stay awake while one of his team tried to persuade him to do a phone interview.

He continued until he was taken to hospital to have his gallbladder and appendix removed.

The cameras started rolling six hours later, and Avicii said of the footage: “I was feeling like s**t. 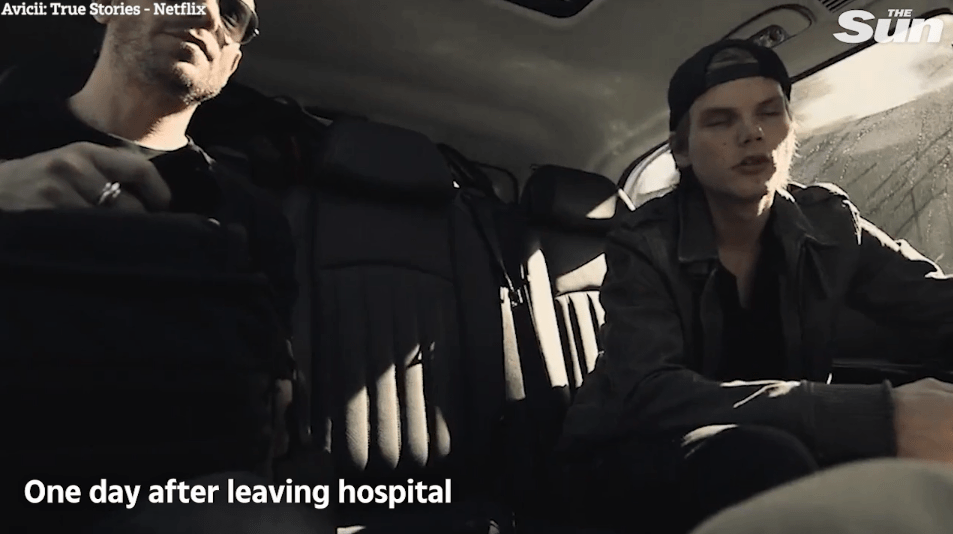 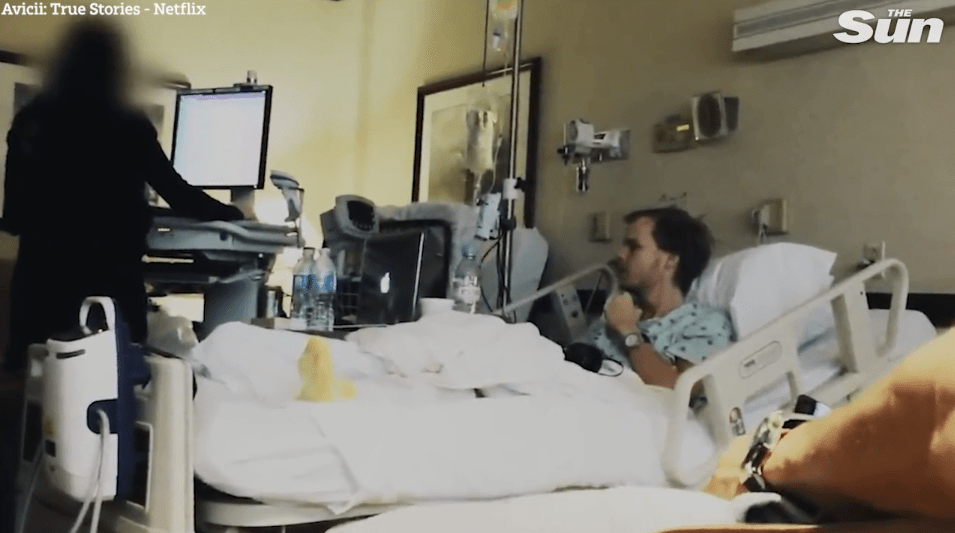 “The only solution that I got was, to take medicine for it or battle through it. Take this and you will feel better.”

The doctors prescribed an opiates based prescription drug. Avicii explained: “Percocets is heroin. It didn’t help my pain either. It gave me something that didn’t help with pain, but if the doctor tells you, you think it’s right.”

During this time, he was performing live three to four times a week – despite the pain he was in.

After telling a friend he couldn’t go on, Avicii decided to retire in 2016.

However his decision didn’t go down well with his team. Avicii was filmed desperately trying to cancel gigs in Las Vegas, as although he’d quit he still had commitments all over the world. 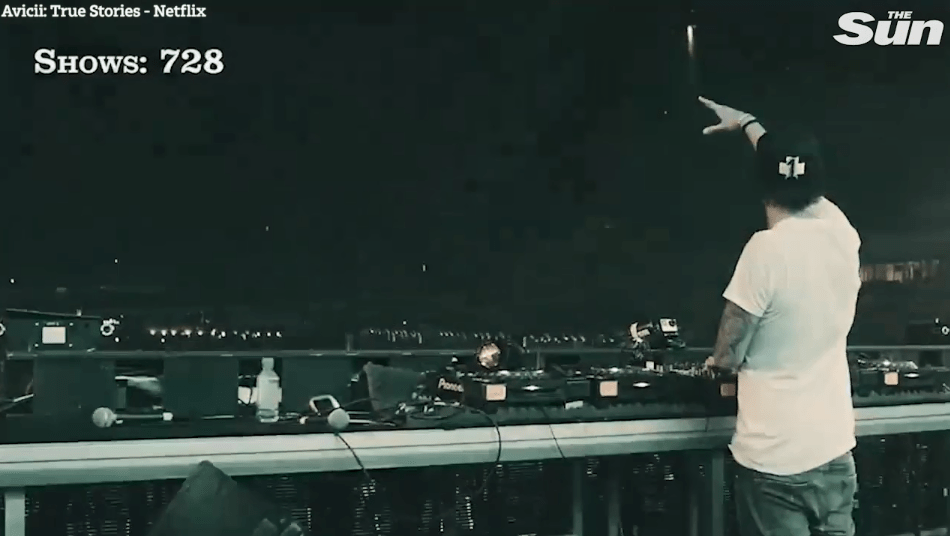 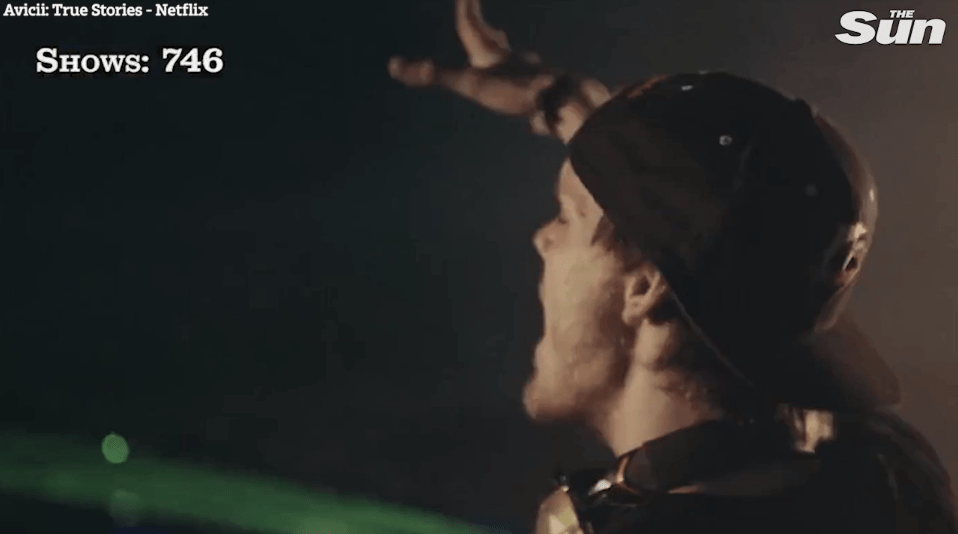 A person off screen told him: “My initial reaction is that it’s probably harder to cancel these shows than to just do them,” to which Avicii replied: “That’s not true it would be harder for me to do them.

“From my point of view I don’t see any upsides to doing even one show no matter how I try.”

His team could then be heard telling him the decision to pull out of the Vegas shows would affect his brand. They also told him he would lose a lot of money.

With his head in his hands, Avicii told them he didn’t care. Even as he told them he felt anxious, they continued to talk about the dates until he stood up and repeated what he had said. 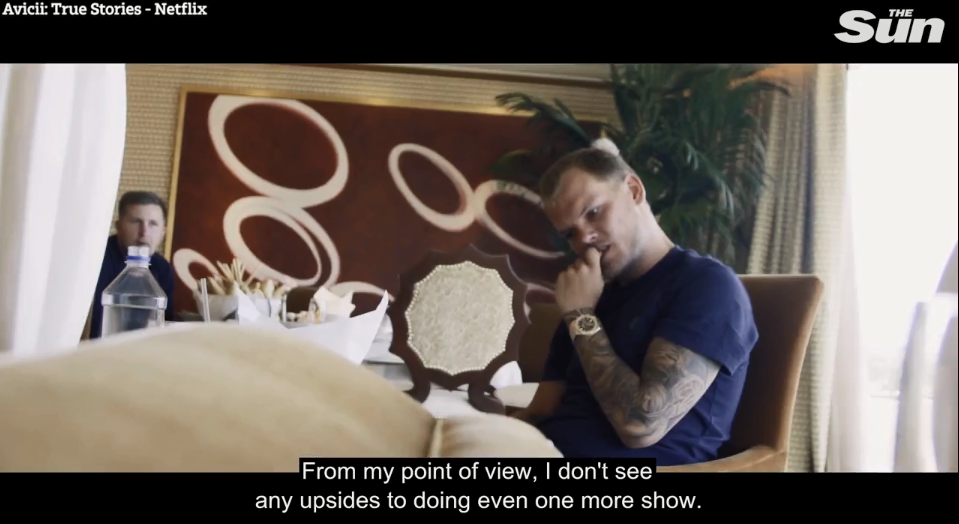 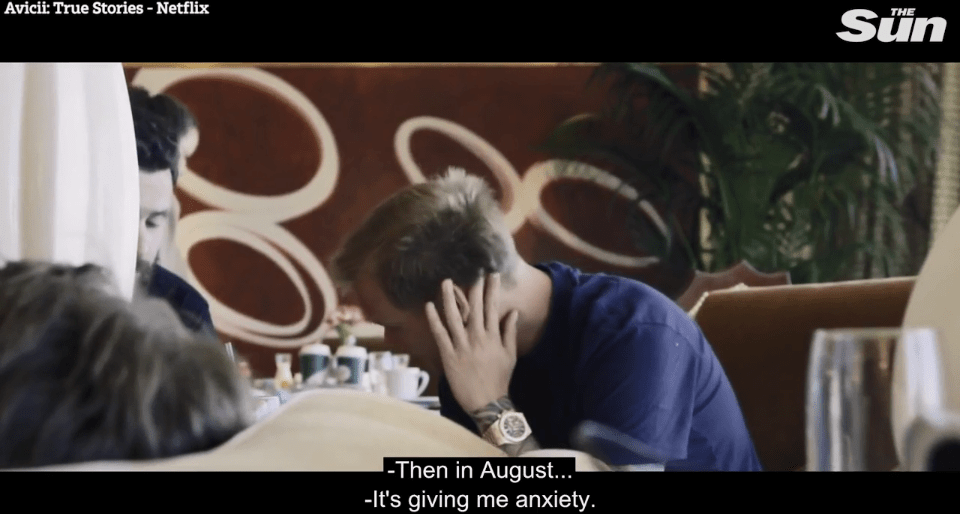 One of his team explained: “We don’t have to talk about it right now,” and downcast Avicii replied: “But the issue won’t go away just because we stop discussing it.”

In another scene, Avicii said of his decision: “When I decided to stop I was expecting support.

“Everyone knows that I’ve been anxious and that I’ve been trying. I didn’t expect people to try to push me to do more shows. When it really, when they’d seen how s****y I felt doing it. I got a lot of resistance when I wanted to stop doing the shows.”

In a darkened room, chillingly predicting his own death, he then told a friend: “I’ve told them over and over I won’t be able to play anymore.

“I’ve told them it will kill me. I don’t want to even entertain the idea of doing another gig.”

Avicii stepped completely out of the limelight and was working on new music before he passed away.

His body was found in a tourist resort in Oman last week.

After the news of his passing, there was a huge outpouring of grief for the tragic star. 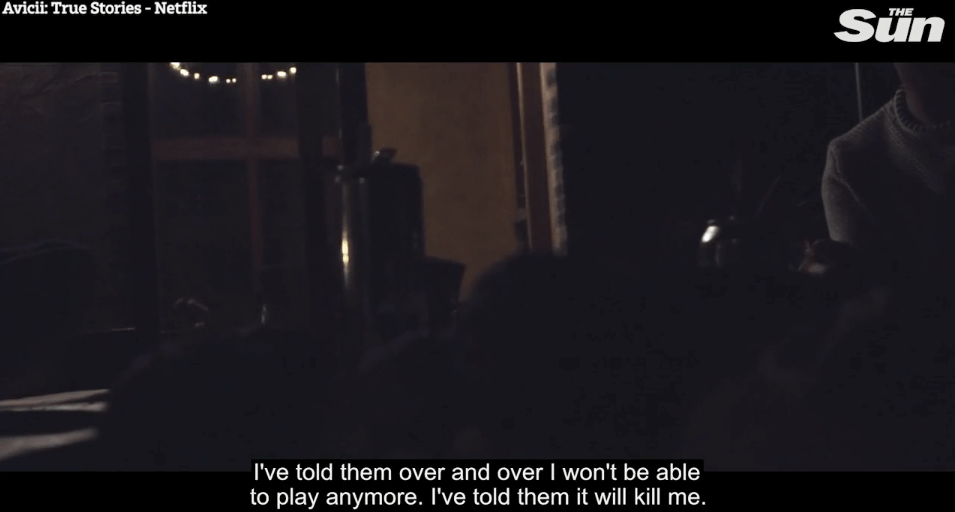 In a statement released yesterday, his parents paid tribute to their son.

They said: “Our beloved Tim was a seeker, a fragile artistic soul searching for answers to existential questions.

“An over-achieving perfectionist who travelled and worked hard at a pace that led to extreme stress. 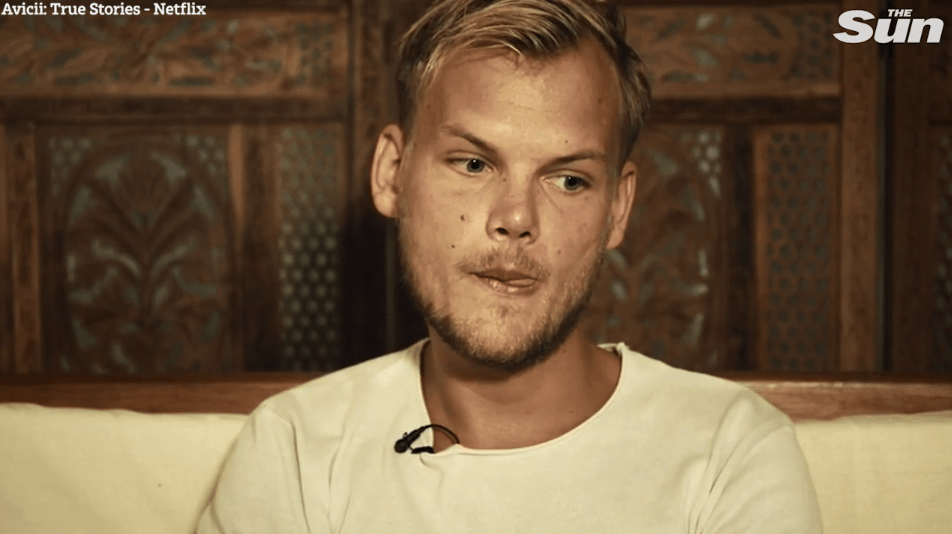 “When he stopped touring, he wanted to find a balance in life to be happy and be able to do what he loved most – music. He really struggled with thoughts about Meaning, Life, Happiness. He could not go on any longer.

“He wanted to find peace. Tim was not made for the business machine he found himself in; he was a sensitive guy who loved his fans but shunned the spotlight.

“Tim, you will forever be loved and sadly missed. The person you were and your music will keep your memory alive.”