It’s a bird, it’s a plane — no, it’s Superman & Lois! The new CW superhero series flew up, up and away with its 90-minute series debut Tuesday in primetime, with the pilot earning a 0.4 in the demo and 1.71 million viewers, marking the largest audience for a DC series since the “Crisis on Infinite Earths” crossover episode of The Flash on December 10, 2019.

Superman & Lois was also the second-best CW premiere since the October 2019 debut of Batwoman. Last night’s series premiere matched the Nielsen Live+Same Day fast-affiliate demo of the debut of Walker, which drew 2.43 million viewers on January 21, sparking the network’s most watched Thursday primetime since 2018.

CBS aired repeats of FBI and NCIS, the latter of which which netted the largest audience of the night with 5.28 million viewers. Fox served encores of The Resident and Prodigal Son. 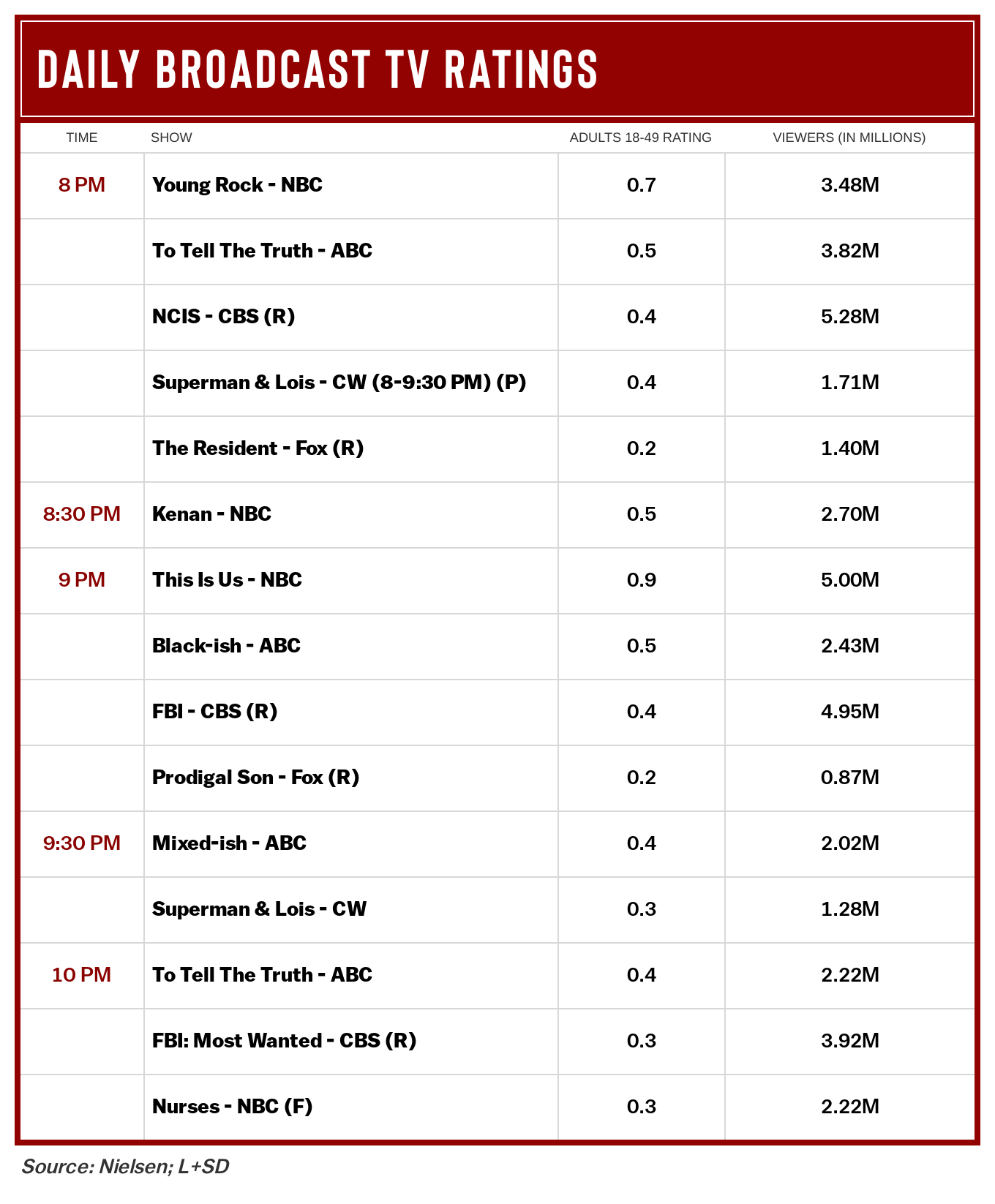