John Whaite and Johannes Radebe’s final dance had Motsi Mabuse in tears as they celebrated breaking boundaries as the first all-male couple on Strictly Come Dancing.

The pair, who faced off against Rose Ayling-Ellis and Giovanni Pernice in Saturday’s final, performed a stunning showdance as their final dance on the series.

Dancing to You’ve Got The Love by Candi Staton and The Source, John and Johannes were showered in rainbow confetti as they completed their time on the competition.

Motsi broke down in floods of tears as she told them: ‘I am thinking what a great time it is to be part of Strictly, we are changing so many lives with this dance show.’

Anton Du Beke added: ‘It’s been a joy of joy to watch you dance and I think you are magnificent.’

Shirley Ballas told them: ‘This partnership is groundbreaking, it is iconic. What a way to end our show, thank you.’ 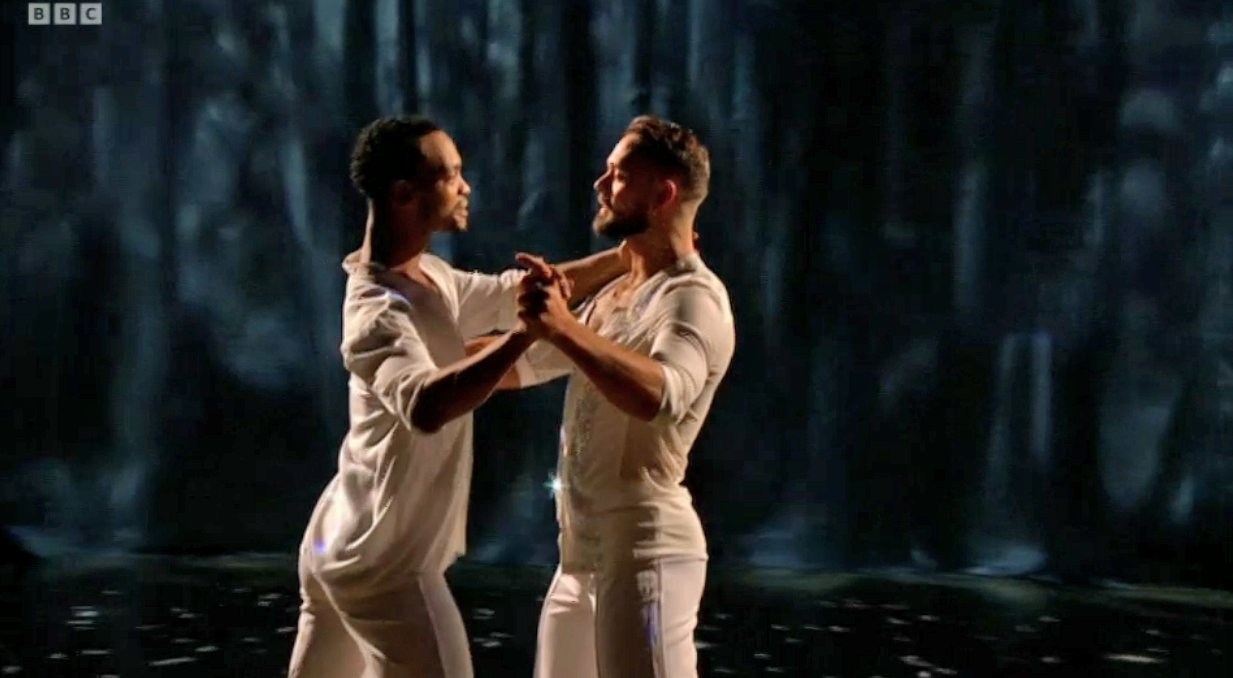 The couple received a maximum score of 40 out of 40 from the judges, and when asked how it would feel to win, John explained: ‘It would be nice, I have got space on my shelf because my mum smashed my Bake Off trophy.

‘Whoever it goes to, I will be there for them and applaud them and congratulate them.’

Both couples have now performed their final three dances, one of which was chosen by the judges, another by the couple themselves as well as a final showdance.

In one of the closest finals in Strictly history, both Rose and Giovanni and John and Johannes received an equal amount of votes for all three of their dances.

Third finalist AJ Odudu was also due to dance in the final but was forced to pull out after injuring a ligament in her foot days beforehand.