Nina Wadia has been revealed as the 11th celebrity taking part in this year’s Strictly Come Dancing.

The former EastEnders actress, who is best known for playing Zainab Masood, confirmed her spot on the all-star line-up on this morning’s episode of Lorraine.

‘I am so scared,’ Nina confessed to Christine Lampard. ‘I like dancing like no one’s dancing. So we just need to blindfold the judges and I’ll win.’

‘I just want to grab life by the balls and enjoy it,’ she added, explaining why she signed up.

Nina has already picked comedian Robert Webb as her winner for the series.

‘I think he’s amazing,’ she enthused. ‘I’d want to vote for him. I just think he’s an incredible performer and when I saw him do his flash dance thing for Comic Relief, I was thinking no one can top that.’ 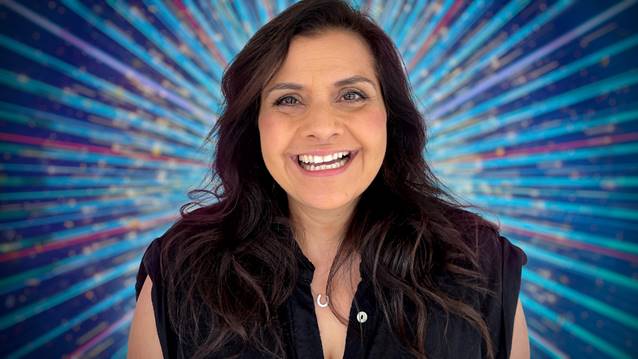 Nina’s spot on the line-up comes one day after Greg Wise announced he’ll be taking to the ballroom in honour of his late sister Clare, who died five years ago, and who he described as a ‘huge disco queen’.

‘I will channel her, as her bro can’t dance – but I’m thrilled to be dipping my toes, knees, hips and arms into this wonderful world, and hope to make her proud, and obviously make her laugh,’ he said.

CBBC host Rhys Stephenson and former Bake Off winner John Whaite will also take to the dance floor in the BBC One series, with John set to compete as part of the show’s first all-male pairing.

Strictly Come Dancing is set to return to the BBC later this year.