With readers turning to their home viewing options more than ever, this daily feature provides one new movie each day worth checking out on a major streaming platform.

There are probably no worse people to quarantine with in the history of American theater than George and Martha, but that’s exactly what we’re invited to do in Mike Nichols’ 1966 film version of “Who’s Afraid of Virginia Woolf?” While Nichols opens up Edward Albee’s essentially one-room play to include scenes at a roadhouse, the film remains inescapably claustrophobic thanks to the powerhouse performances of Elizabeth Taylor, Richard Burton, Sandy Dennis, and George Segal, all of whom near closer and closer to a boiling point over the course of one dark night of the soul.

Few plays offer as full a meal for an actor as Albee’s 1962 howl of a dark comedy about middle-aged history professor George (Richard Burton) and his wife Martha (Elizabeth Taylor), the spoiled daughter of the university president, and their night of sick “fun and games” with an unwitting, younger couple, Nick (George Segal) and Honey (Sandy Dennis), that starts to resemble an evening of attempted swinging gone wildly out of control. Among this year’s pileup of tragedies, a Broadway revival of Albee’s masterpiece was set to bow in early April, starring Laurie Metcalf, Rupert Everett, Russell Tovey, and Patsy Ferran. Due to things like the world falling apart, the new version was called off entirely, as was Broadway as a whole until next year.

For now, Nichols’ version — his directorial debut! — will have to do. Streaming on the Criterion Channel as part of the streamer’s “Marriage Stories” lineup, “Who’s Afraid of Virginia Woolf?” was event viewing for audiences in 1966. It went on to earn a whopping 13 Academy Award nominations, winning for Taylor, Dennis, and black-and-white cinematographer Haskell Wexler. At the time, Burton and Taylor (early on in their first marriage then) were the subject of tabloid fascination, and “Who’s Afraid of Virginia Woolf?,” comparably to “Eyes Wide Shut” with Tom Cruise and Nicole Kidman three decades later, promised a potentially salacious look behind the scenes of their marriage.

What audiences got, instead, was an emotional sledgehammer, as Martha and George get off on tearing each other into pieces while barreling down the dark hall of a bender, dragging Nick and Honey into the long history of lies they’ve told each other, and themselves, over the years. Taylor, who wanted then-stage-director Nichols for the movie, gained 30 pounds for the role, and despite being just a little over 30 and obviously infallibly glamorous, goes ugly and older with Martha. In the first scene of the movie, she devours a chicken wing while trying to source the Bette Davis quote, “What a dump.” (The bitchy retort is from “Beyond the Forest.”) 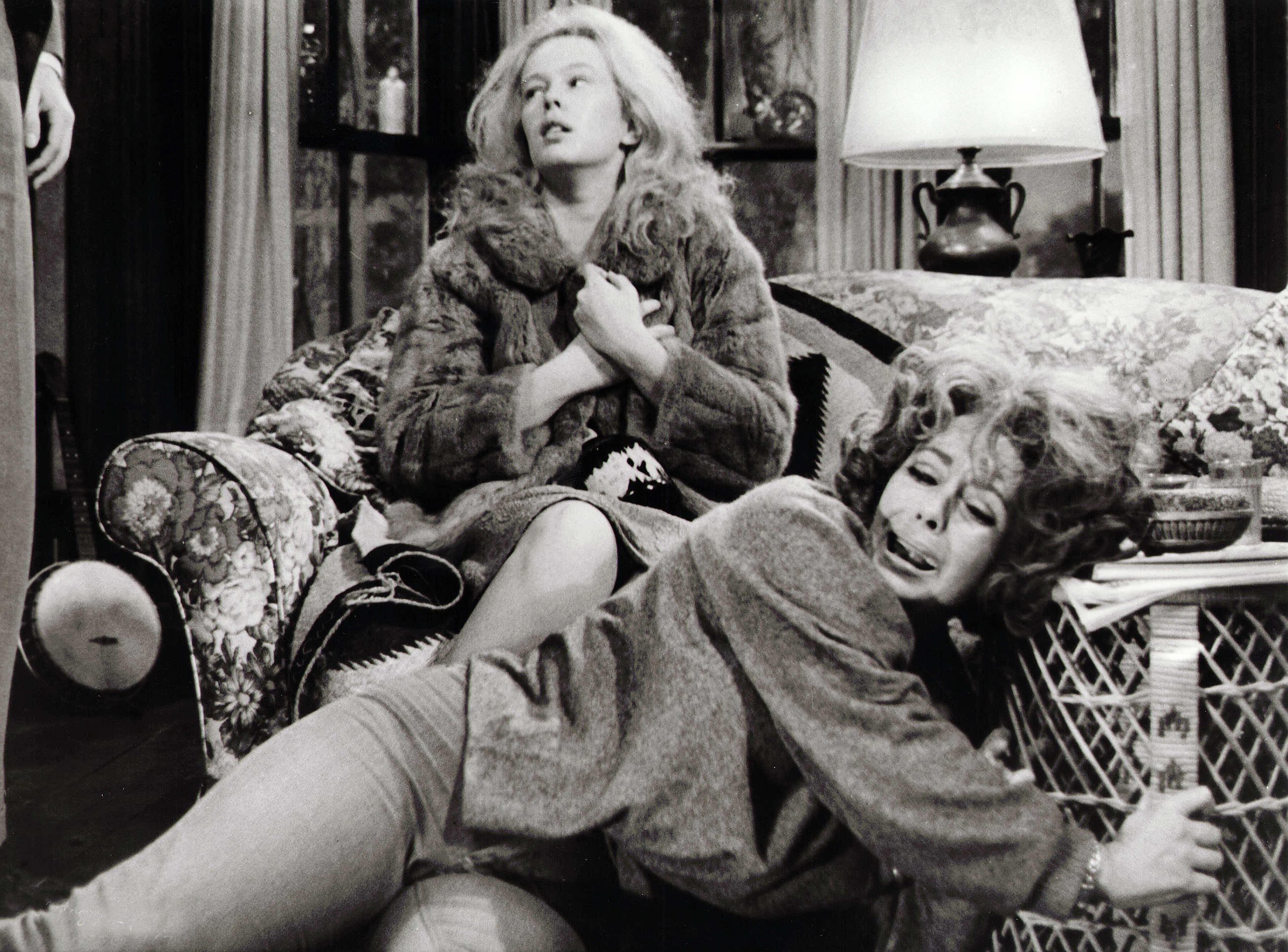 The foul language and seamy sexual undertones of “Who’s Afraid of Virginia Woolf?” are hardly left implied. The film was slapped with the equivalent of an NC-17 clause at the time from distributor Warner Bros., who had no intention of censoring the movie. Eventually, the MPAA reportedly ruled that the content in question “was not designed to be prurient,” but instead reflected the “tragic realism of life.” According to the AFI Catalog, “Who’s Afraid of Virginia Woolf?” even prompted the Motion Picture Association to revisit the Hays Production Code that had sanitized and moralized Hollywood productions since the mid-1930s.

That said, “Who’s Afraid of Virginia Woolf?” still retains a tremendous power to shock, particularly for its shattering conclusion that casts everything before it an entirely new, sick light. This is also easily one of the greatest directorial debuts of all time, kicking off one of the greatest film careers of all time. “Truth or illusion, you don’t know the difference,” Martha tells George. It hardly matters in the hands of Mike Nichols.

“Who’s Afraid of Virginia Woolf?” is currently available to stream on Criterion Channel.