We’ve already caught our first glimpse of season three of Stranger Things thanks to Millie Bobby Brown, but now Netflix has let us in on seeing the whole gang back together.

Confirming that Stranger Things began working on season three on April 20, the cult series has released a new promo promising a return to the Upside Down before we know it.

“Old friends and a few strangers came together to start a new adventure,” it tells us, before giving us a look at the cast and crew’s first table read.

Although the Stranger Things team are back together for the next chapter of their journey, director Shawn Levy recently admitted that the next run’s scripts aren’t actually all finished.

Explaining that the cast and crew only have the first batches of scripts, Shawn said: “The rest of them kind of get written as we shoot, as we edit, as we go.

“I’m once again directing the third and fourth episodes so that I can give the Duffers a breather, and send them back into the writing cave, so that they can buff out the rest of the season.” 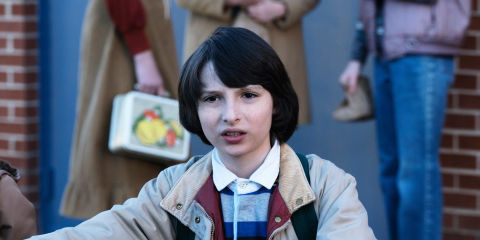 Although some of it appears to be a literal work in progress, there are some elements of Stranger Things that are planned ahead – season four being one of them, thankfully.

Stranger Things season three is likely to arrive on Netflix in 2019. Seasons one and two are available to stream and download now.