STACEY Solomon and her fiancé Joe Swash had a fun day playing in the snow with their son Rex, one.

The trio spent hours in the woods near their Essex home, throwing snowballs and taking turns in the sleigh. 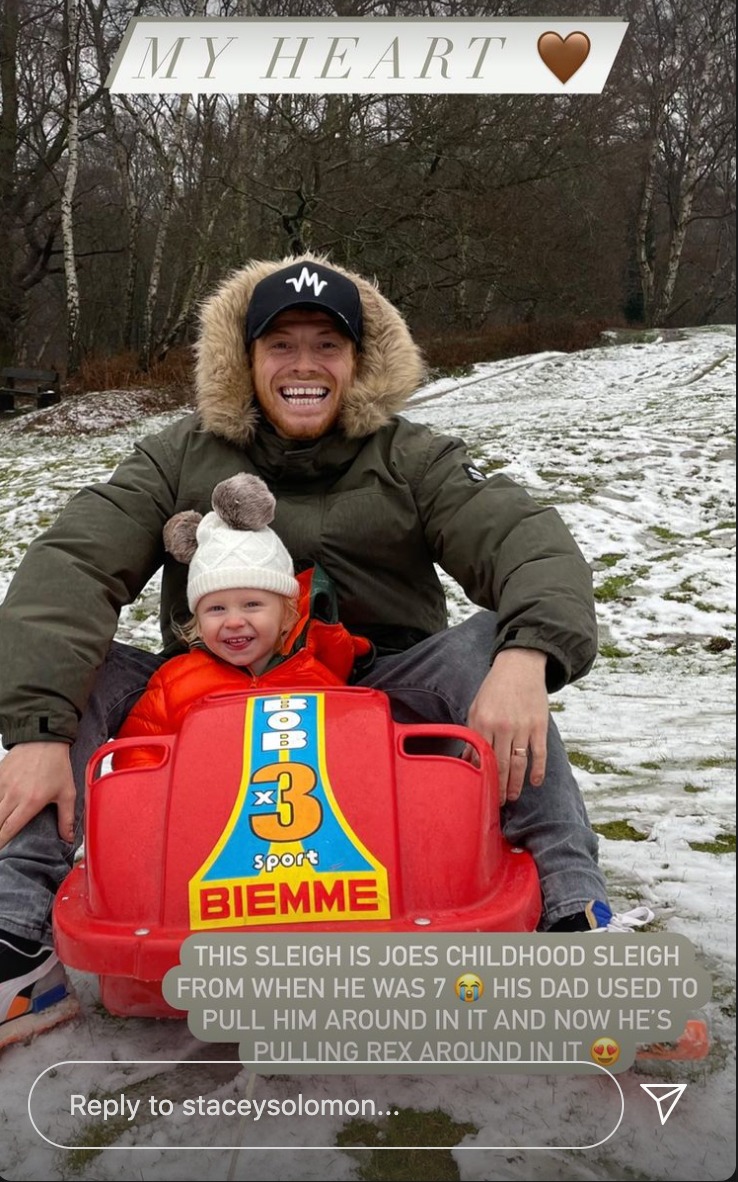 Stacey, 31, revealed Rex was "confused" with the snow and was absolutely thrilled to be pulled around in the bright red sleigh by his former EastEnders star dad, Joe.

"He loved it so much we didn't want to come home," Stacey wrote on a Instagram story video of Joe dragging Rex along.

"So we stayed until we were soaked and now we are on our way home, excited to get the fire on. Happy Saturday."

The Loose Women panellist also threw a snowball at Joe, but it "backfired" because there was not enough snow on it. 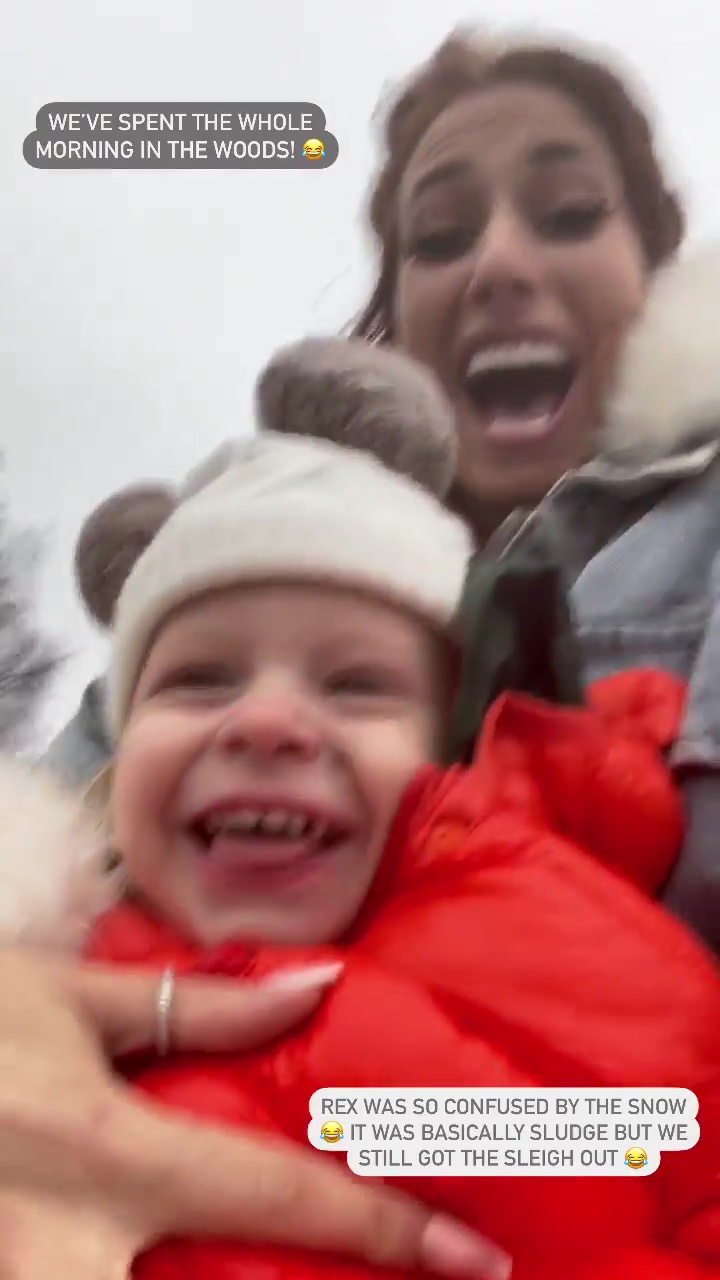 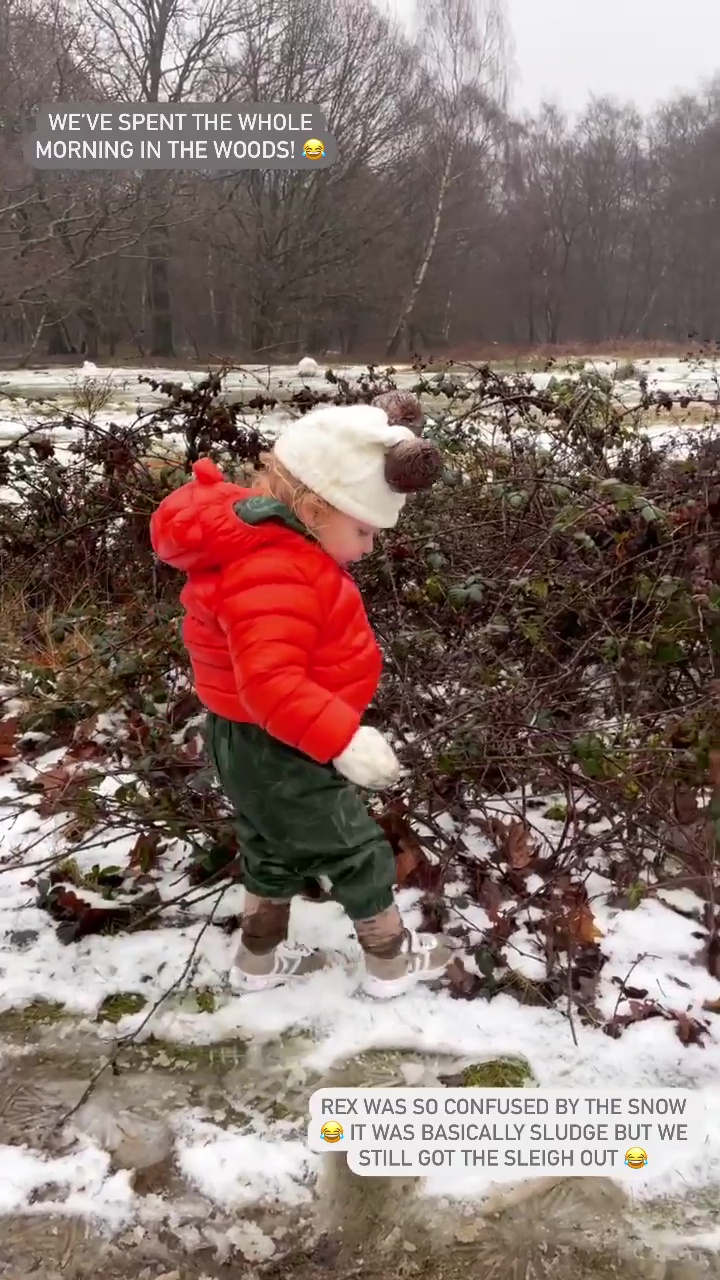 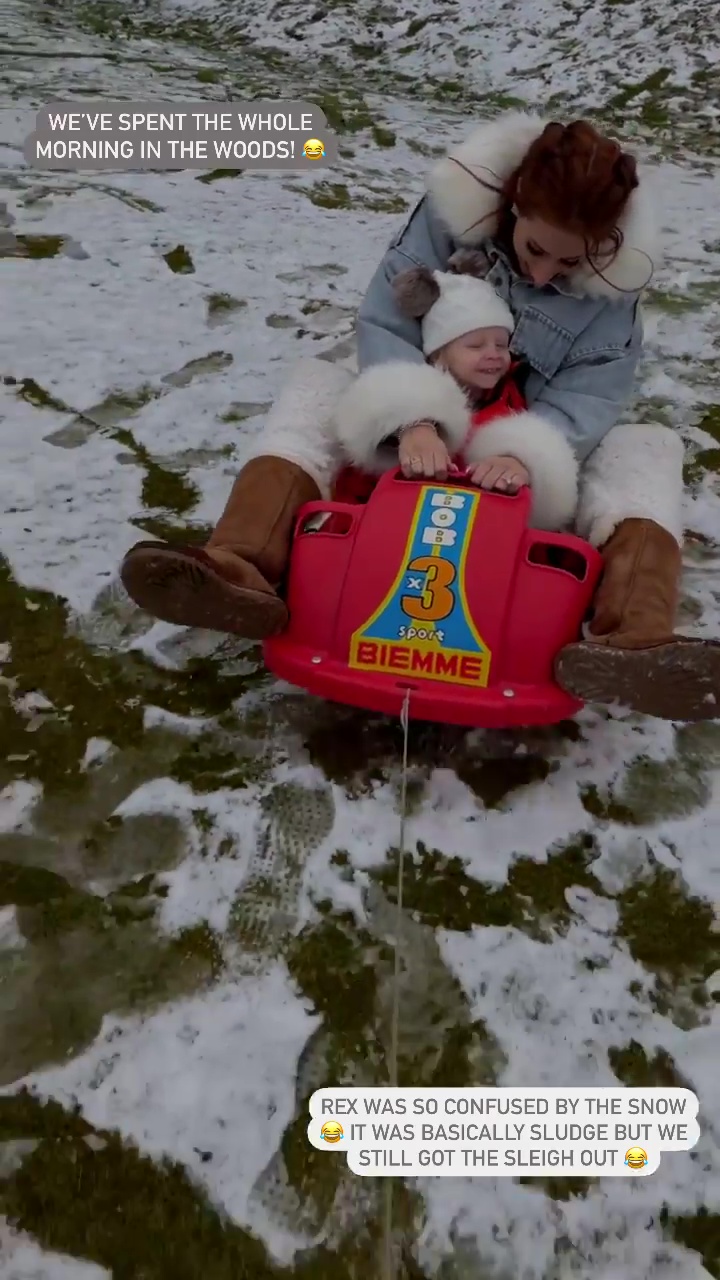 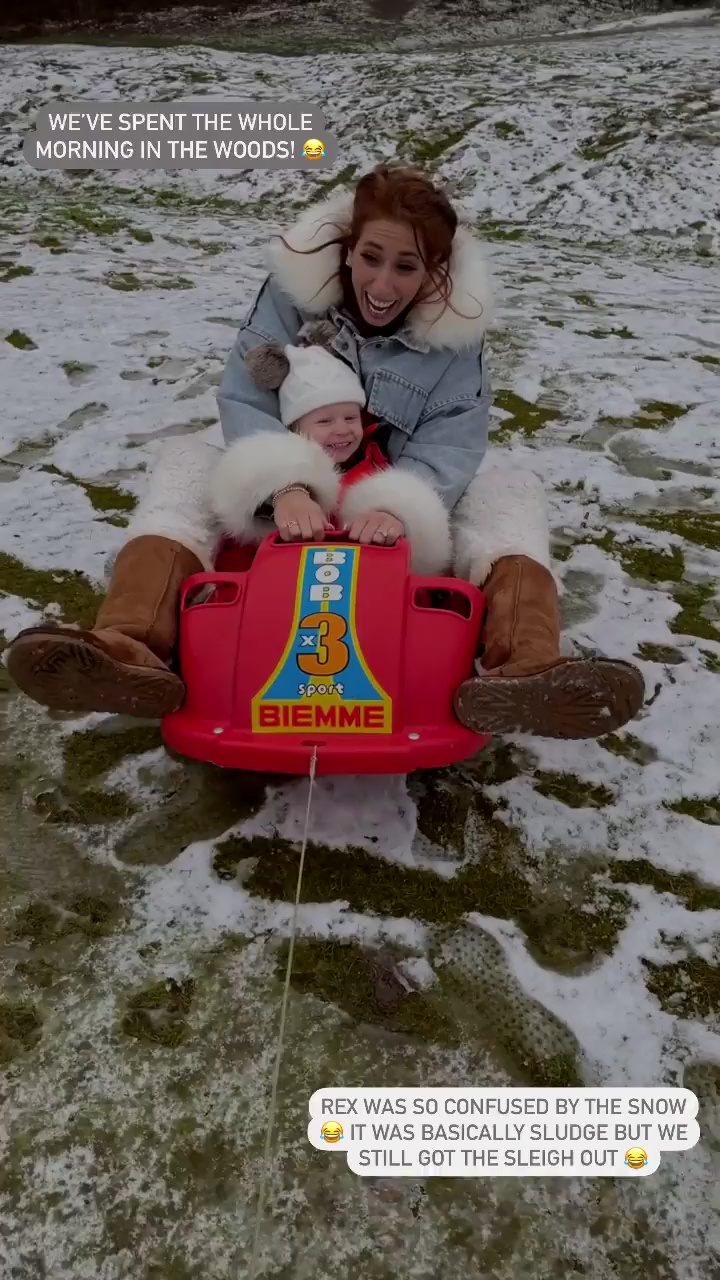 Stacey wore an oversized denim coat with fur cuffs and collar, as she wore her hair in french braid.

She wrapped her Insta stories of their day outdoors with an adorable pic of the two boys sitting on the sled together and beaming from ear to ear.

"This sleigh is Joe's childhood sleigh from when he was 7. His dad used to pull him around in it." 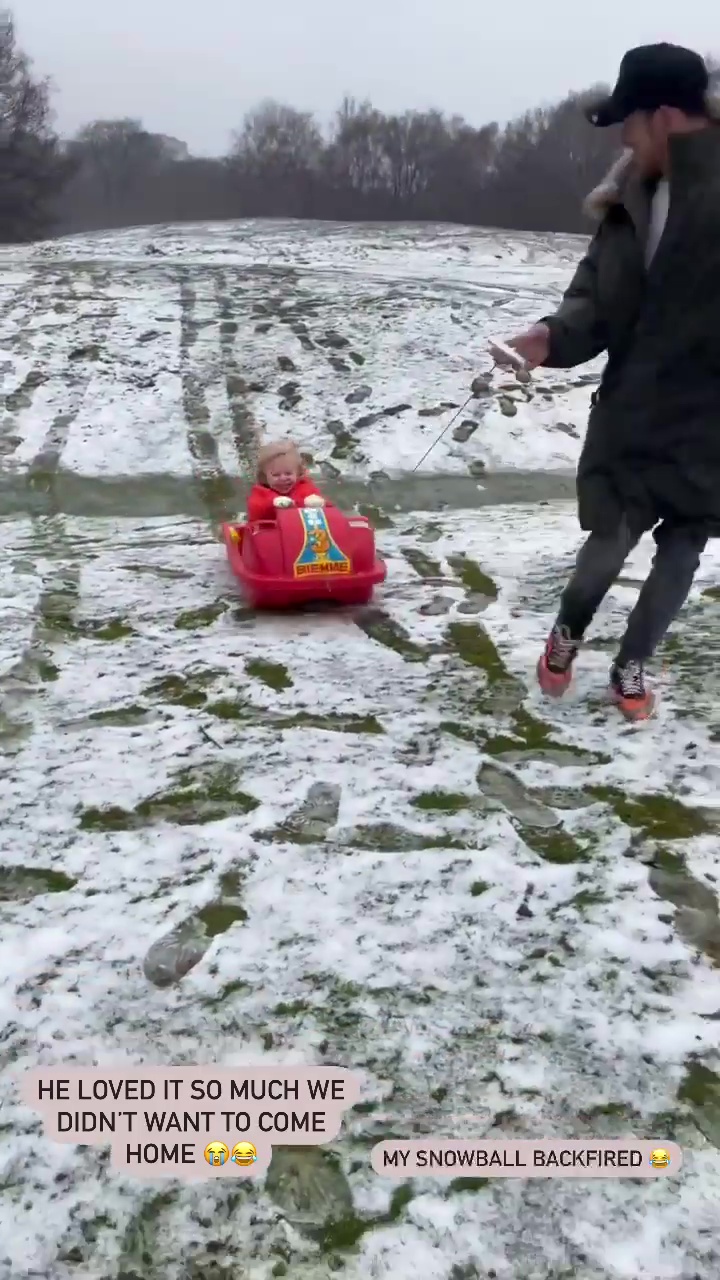 Joe's dad, a London cabbie, died when the star was just 11, from an undiagnosed heart condition Sudden Arrhythmic Death Syndrome.

The Loose Women presenter went awol on Instagram with no explanation yesterday – and it worried fans. 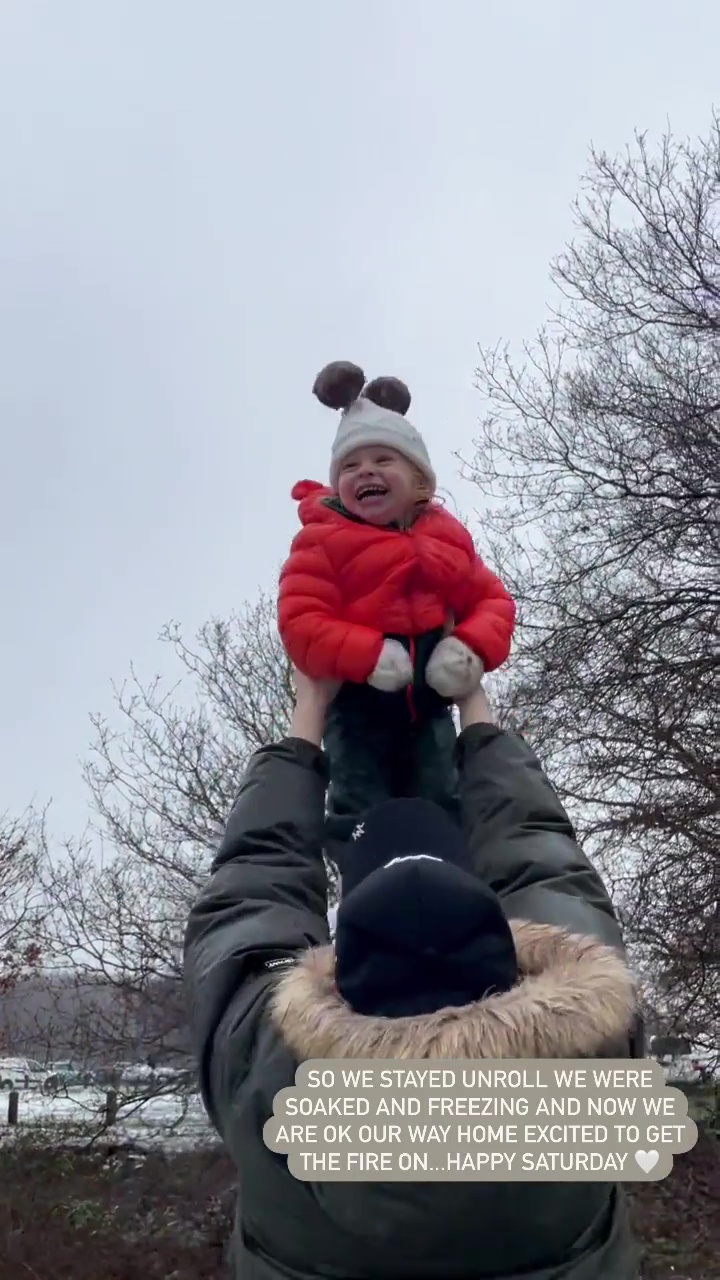 But neither Stacey or Mrs Hinch posted on their accounts for more than 24 hours. 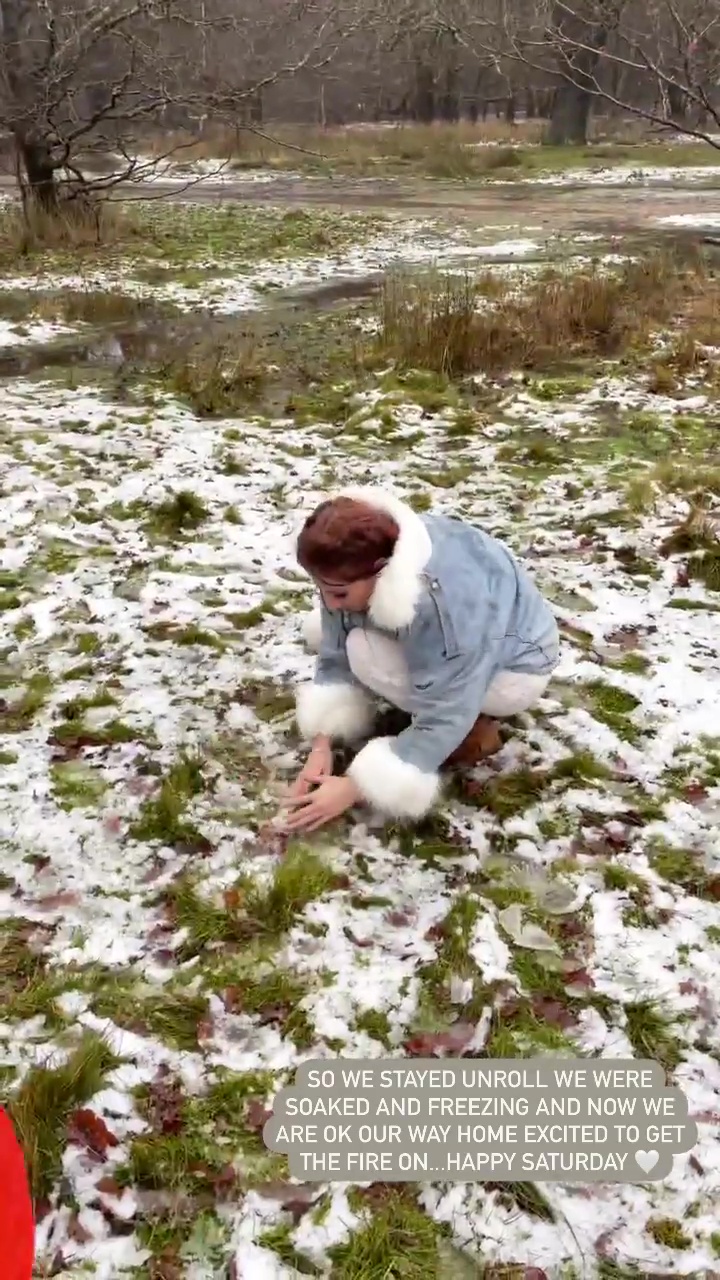 "I'm sorry I've been so quiet recently," Stacey wrote on Instagram this morning on top of a snowy scene from her back garden.

"Rex has been waking up in the night two or three times for some reason and it's killed me if I'm honest.

"But this snow has given me life and woken me right up!

"I hope you're all ok. Do you have any snow? We are going to try and go for a snowy walk before it melts."