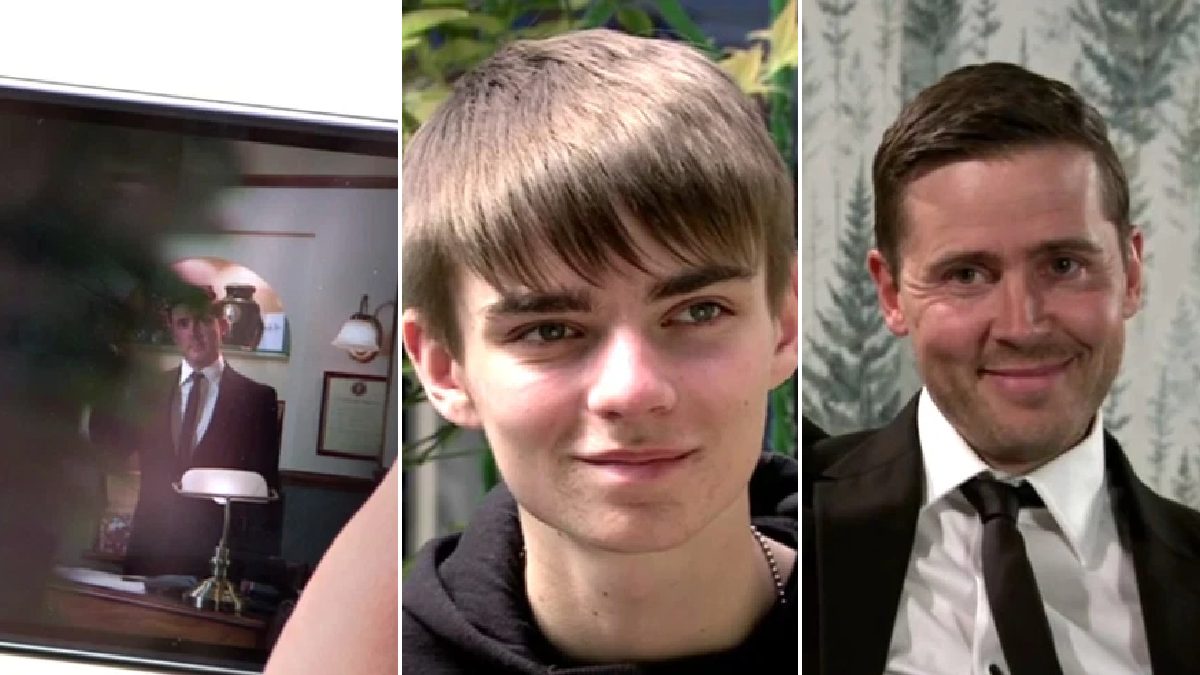 This week the pressure has increased for Todd Grimshaw (Gareth Pierce) in Coronation Street as Will (Ben Hackett) continues his meddling.

When Will returned, he made things clear that unless Todd gave him a huge sum of cash, he’d expose Todd’s scheme that saw him split Billy (Daniel Brocklebank) and Paul (Peter Ash) up.

Tonight (July 16), after Todd allowed Paul to be arrested for the heat pump theft, he was being questioned as according to Ed (Trevor Michael Georges), Paul stole the pump for revenge.

Returning home, Paul was determined to get to the bottom of who reported him and after receiving a call from Will, he met up with the teen in Victoria Garden.

Ready to expose Todd’s secrets, Will’s plan was put on hold when he spotted the schemer overhearing everything he was saying.

Thinking he had won; a smug Todd gave Will some cash in return for his stolen engagement ring. However, unbeknownst to Todd, Will had hidden his phone in the undertakers and was filming the entire exchange.

Back at the flat, a happy Todd told Billy and Summer (Harriet Bibby) that he had secretly saved up £1k and will spend it on a family holiday.

Meanwhile, in the gardens, Will was sat on his own, watching the recording of Todd, confessing his involvement in the heat pump theft.

The smile on Will’s face is more than enough to tell us this ordeal isn’t over, but how will he expose Todd’s secrets?

Will has this video, is he planning on ensuring Todd is humiliated in the most brutal way possible?