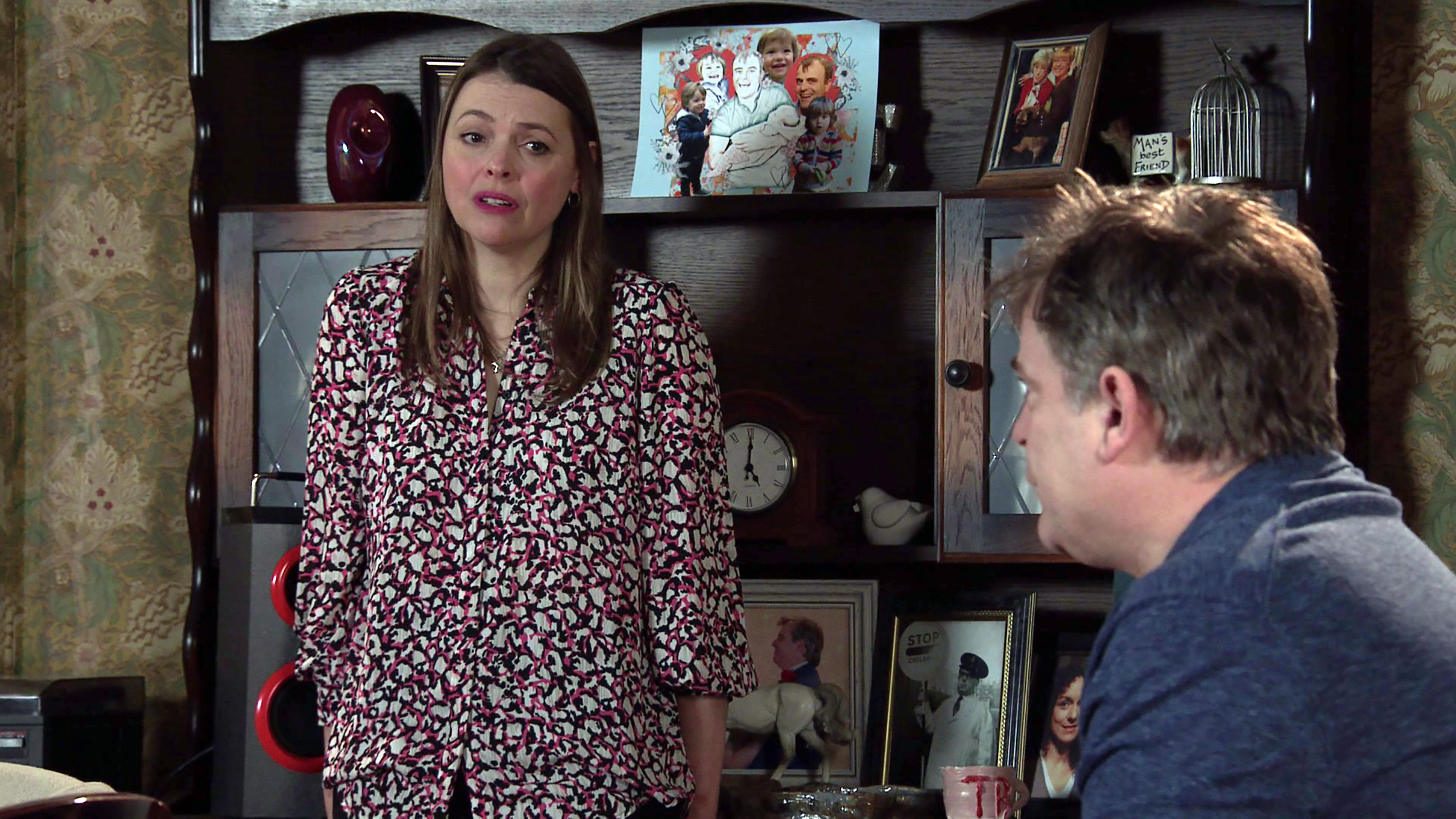 Steve McDonald (Simon Gregson) and Tracy Barlow (Kate Ford) could find themselves in need of somewhere else to live in Coronation Street, after Ken (William Roache) orders them out of his house.

Steve is livid with Peter (Chris Gascoyne) when he finds him stumbling and slurring his words, after he failed to show up for his shift on the switch.

He berates him for drinking once more, but Peter swears blind he hasn’t touched a drop of alcohol. Steve refuses to believe him, and locks him in, but Peter ultimately collapses and is rushed to hospital.

Peter insists once again that he hasn’t been drinking, and thus has no idea what happened, but Carla Connor (Alison King) doesn’t believe a single word.

Meanwhile, Lucas Kemton (Glen Wallace) asks her to return to Devon with him, and Steve urges her to jump at the offer, branding Peter an ‘incurable drunk.’

Carla explains to Peter that she can’t spend the rest of her life like this, but their heart-to-heart is interrupted by the consultant, who reveals that Peter hadn’t been drinking.

His disorientation was caused by toxins arising from his liver failure, meaning that he was telling the truth this whole time.

Steve is filled with regret over how he’s treated Peter, and when Tracy attempts to defend her beau, Ken seethes, ordering them both to find somewhere else to live.

Will Ken follow through his plan and thus evict Steve and Tracy?