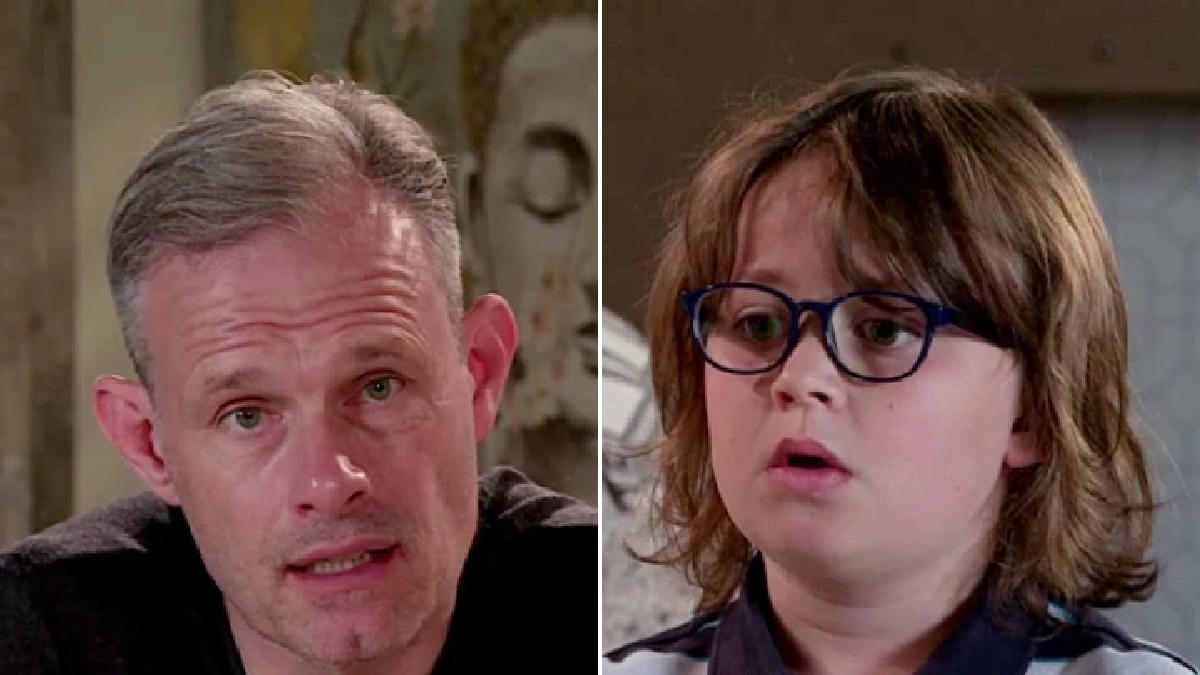 Sam has been experiencing mutism after seeing his mum in the funeral parlour and hasn’t been able to communicate with Nick (Ben Price) and Leanne (Jane Danson).

Recently, Nick breathed a huge sigh of relief when Leanne managed to get Sam out of his bedroom.

Talking about Oliver, Leanne assured Sam that she knows how he’s feeling, which was enough to get the young lad to open the door and hug her.

Tonight, Sam was feeling fearful when Nick told him they’d be moving back to the flat after weeks in the hotel room.

Of course, viewers will remember that Sam told Leanne and Nick that he will find it difficult to live in the flat, knowing that’s the place Harvey (Will Mellor) shot his mum.

Entering the flat, Nick and Leanne watched as Sam processed his surroundings, only to leave and lock himself in his bedroom again.

As Sam left his room, he sat down and listened to Leanne, who had made a memory jar for him, similar to the one she has for Oliver.

Later on, after initially thinking it was a bad idea, Leanne and Nick smiled as Sam placed a small piece of paper in the memory jar.

While Sam remains unable to talk, Natasha’s memory jar is certainly a clever idea to help him with his emotions.