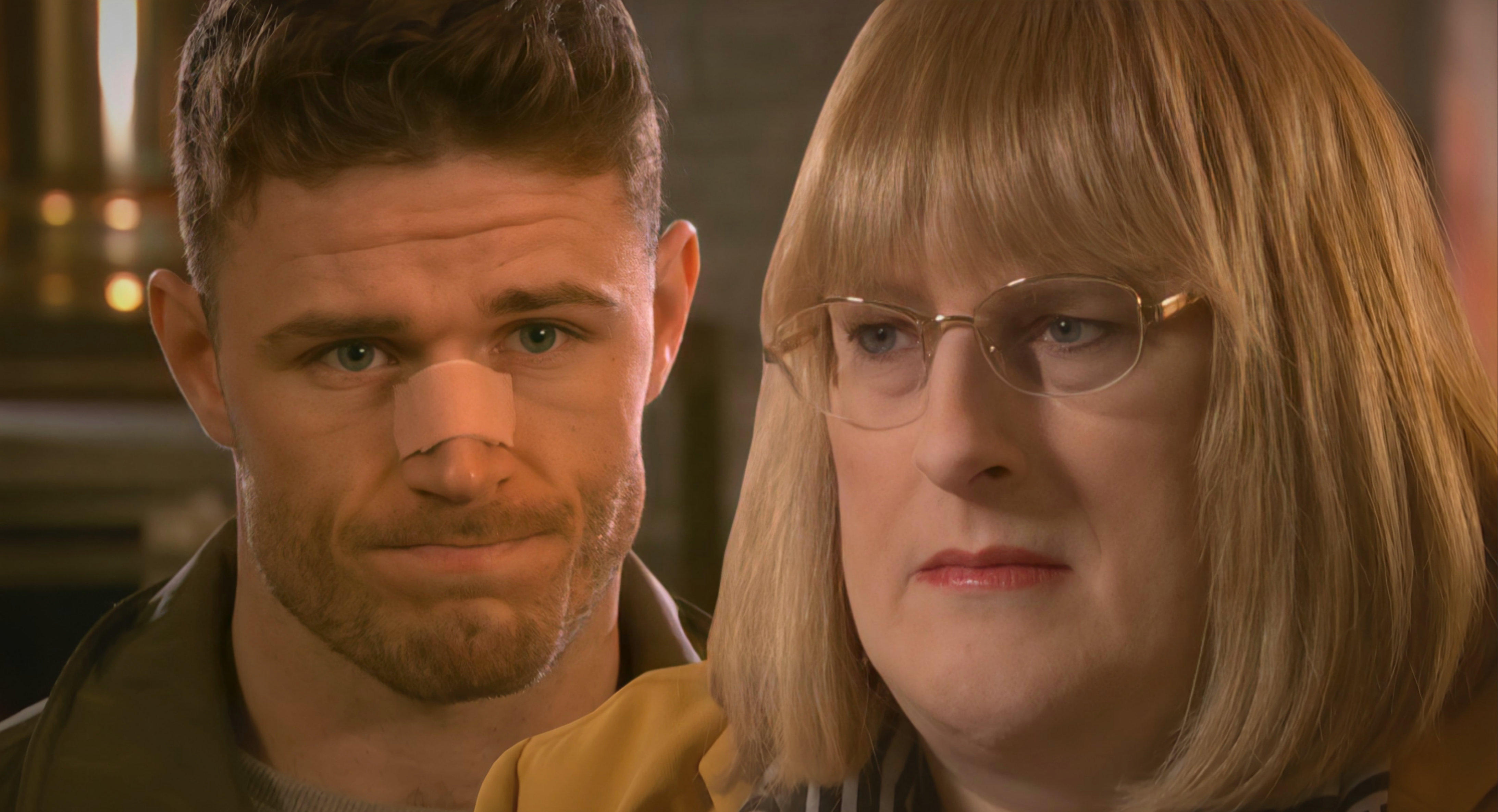 Sally St Claire (Annie Wallace) is given reason to believe George Kiss (Callum Kerr) isn’t the man he says he is in Hollyoaks.

Following his injury during the previous week, George sits down with DS Cohen in Salon De Thé for an informal chat about his relationship with John Paul McQueen (James Sutton).

However, little does he know that Sally is present in the cafe, and she’s left concerned when the policeman fails to deny that John Paul hurt him.

As a result, she begins to wonder if George might have misled Peri Lomax (Ruby O’Donnell) at the hospital, after he let her believe that John Paul was the one who broke his nose.

Left with little choice, Sally confronts John Paul, and tells him that she doesn’t think George is the hero that he’s been making himself out to be.

However, her interference inadvertently makes matters much worse for her son.

As the week progresses, George plans a romantic gesture for John Paul, and Sally fears that he’s about to propose, and therefore ruins things — but ultimately embarrasses herself in the process.

George seethes as a result of the headteacher’s actions.

Sally struggles to get through to John Paul, as she desperately tries to make him see the type of man he really is, and therefore she decides to take matters into her own hands.

Will she expose George for the abuser that he is?