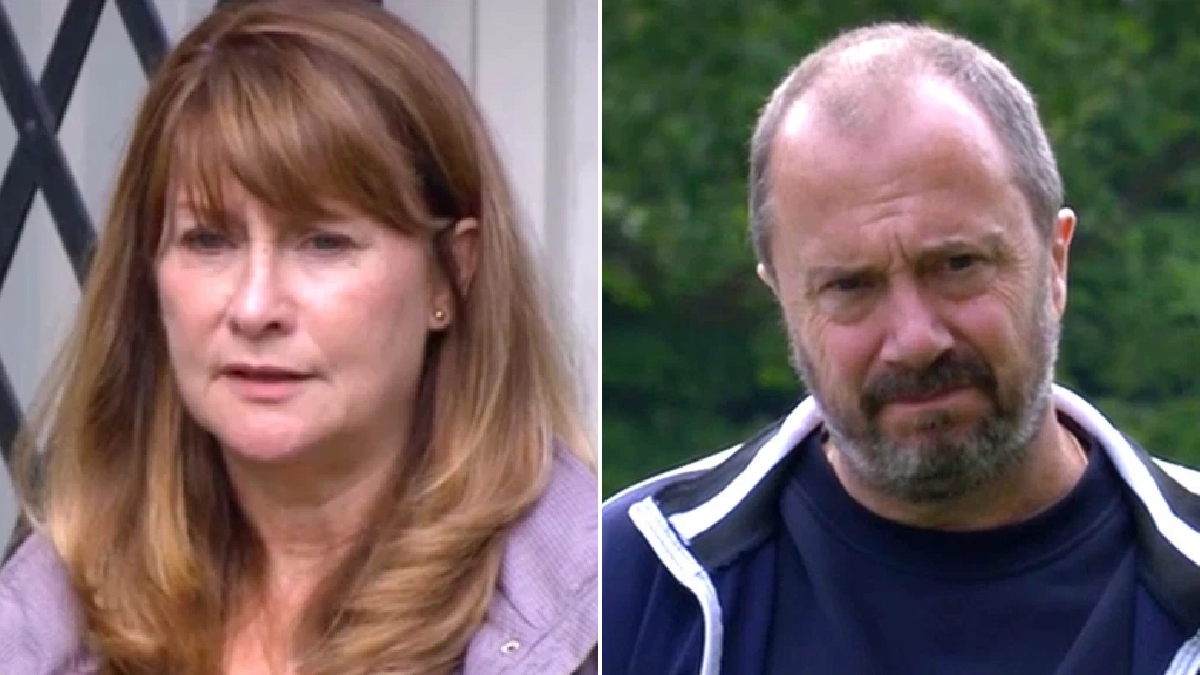 There’s danger ahead for Wendy Posner (Susan Cookson) in Emmerdale as the arrival of her ex Russ (Rob Jarvis) has already made quite the impact.

Arriving home, Wendy was taken aback to discover Russ in the village.

The mysterious character has been in the Dales for a couple of days, searching for Wendy to confront her about something.

And what did that something turn out to be? Money. Russ wants money.

After discovering his mother had left her money to Vic’s (Isabel Hodgins) son Harry, Russ is in the village wanting it back, and with a criminal and abusive past, this new face has already made it clear he’ll do whatever it takes to get what he wants.

Feeling bullied, Wendy took Russ up to the Hide to introduce him to Victoria.

Initially surprised that Harry now had a new grandad, Victoria was eventually chatting away to Russ and getting to know him.

As Russ claimed he wants to be a part of Vic and Harry’s life, Wendy was forced to back him up.

Wendy’s attempts at confronting Russ about getting Vic involved were short-lived when the criminal threatened Wendy, telling her if he doesn’t receive the money, he’ll make sure she and Vic face the consequences.

But how much is Russ capable of?

Wendy is clearly terrified of this face from her past, but can she get the money in time?

Or will Wendy and Vic find themselves in serious danger?