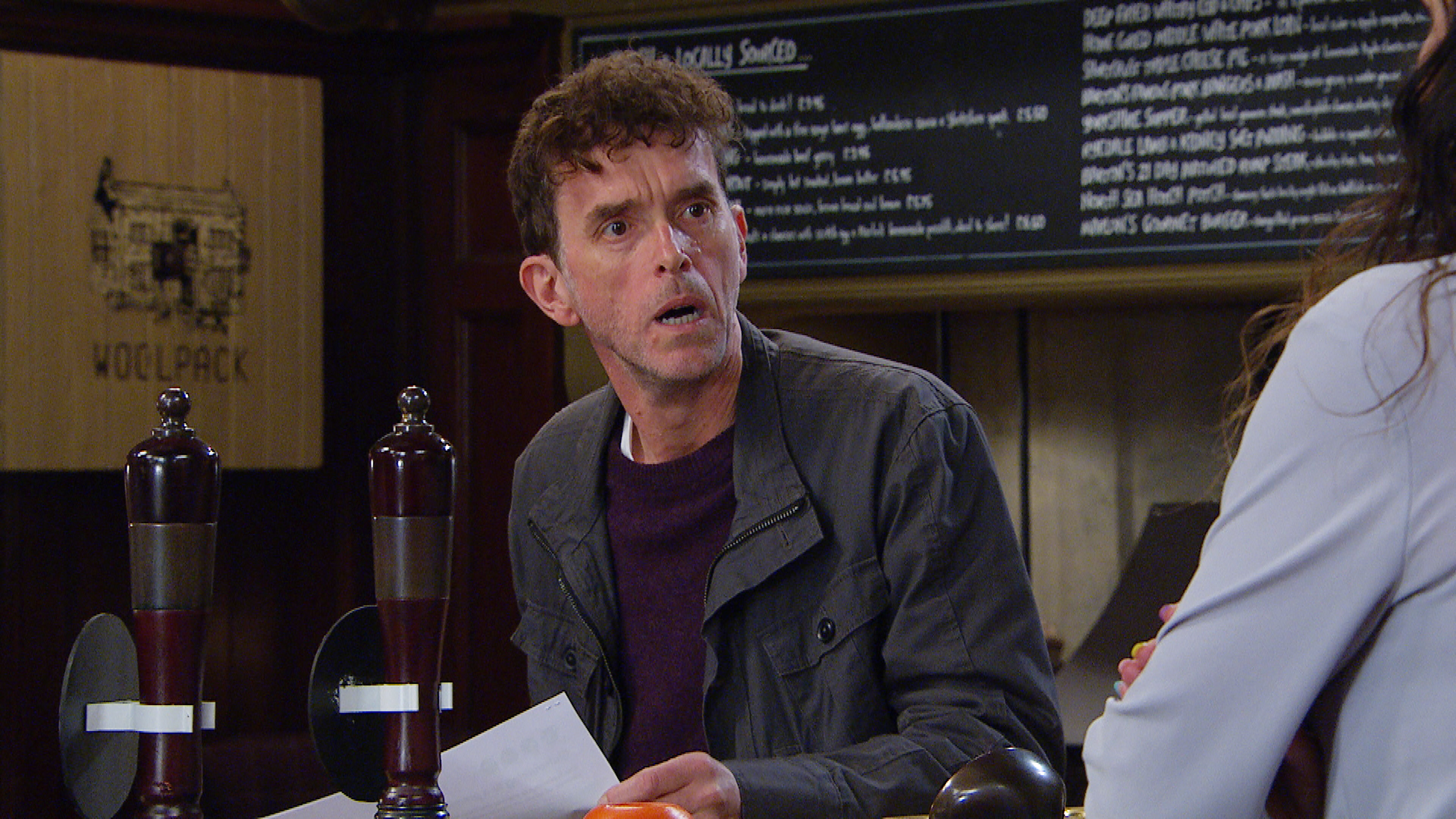 It’s been a difficult few weeks for the beloved character.

As well as the troubles with the pub, Marlon has also had to deal with daughter April’s trolling ordeal.

During the aftermath, Rhona’s anger got the better of her and she pushed Brenda (Lesley Dunlop), which led to a police enquiry.

To make Marlon’s life even worse, he discovered Paddy’s (Dominic Brunt) horse doping situation while lost in the woods.

Jeeze, there’s no let up for poor Marlon, is there?

Coming up, Marlon is incandescent when Al (Michael Wildman) proposes ready meals at the pub and Chas (Lucy Pargeter) gives it the go ahead.

After an emotional week, Marlon makes an impromptu proposal to Rhona who thinks he’s joking, so he quickly tries to hide his hurt.

Will Marlon get a ring on her finger?

Or will he face further devastation?