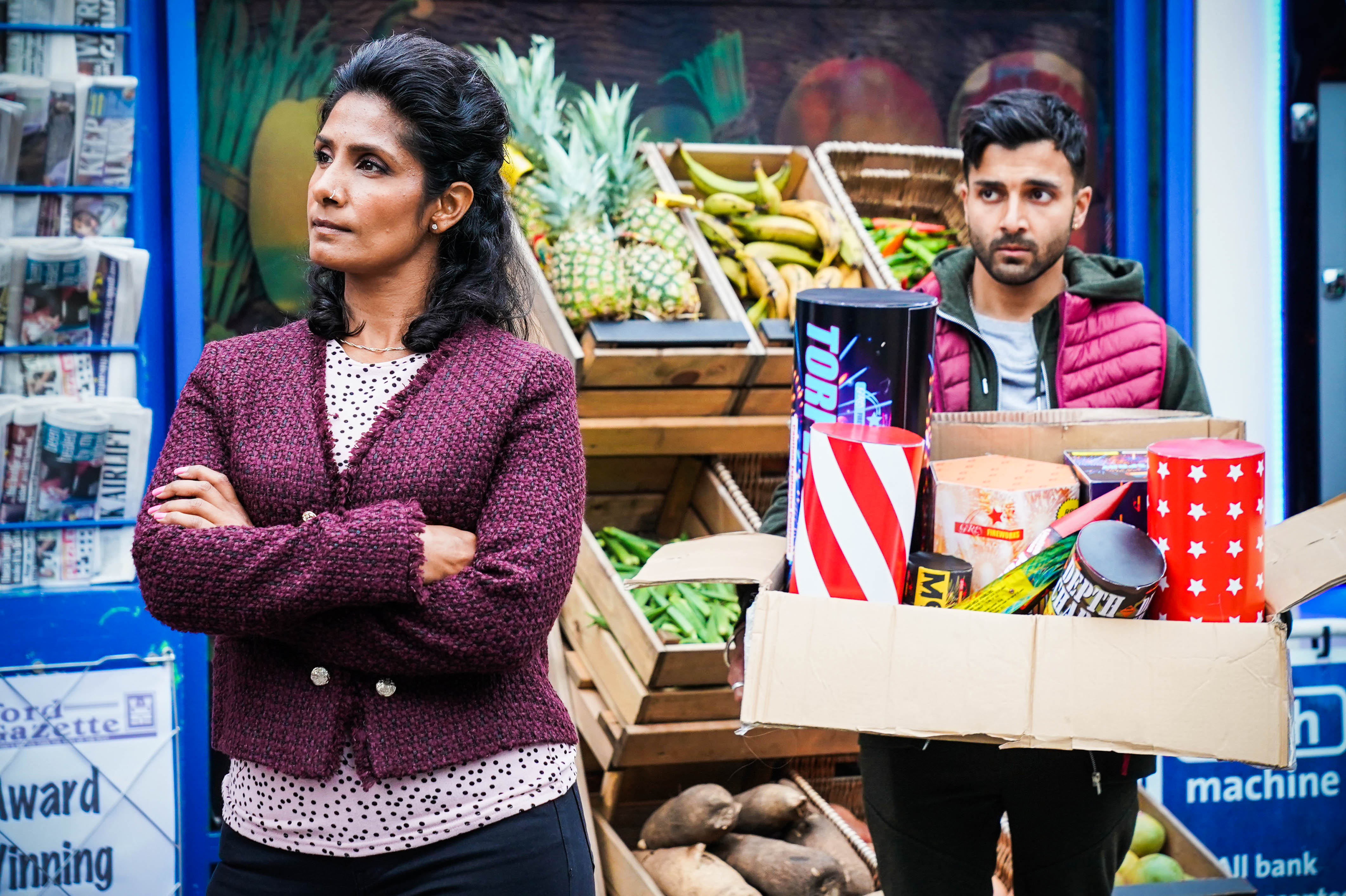 It appears Honey Mitchell’s (Emma Barton) break from Albert Square has done her the world of good as soon, she’ll confidently put distance between herself and Suki Panesar (Balvinder Sopal) by rejecting an offer.

Honey and Suki’s friendship broke down after Suki attempted to kiss her friend.

The two of them had been growing closer after Jags’ death, which led to Suki confessing to Honey that Jags’ imprisonment was down to her.

After Suki’s attempt at kissing Honey, she returned to the cold-hearted character we know so well.

Suki bullied Honey relentlessly while working at the Minute Mart, blackmailed and threatened her all over the secret kiss.

Over the past few weeks, Honey has been in America with Janet.

As Honey and Janet make their way home, they bump into Suki.

Suki offers Honey her job back, but she politely declines and heads off with her daughter.

It’s definite progress for Honey – but is this a sign her friendship with Suki won’t be repaired?

If so, will Suki accept her actions caused her to lose Honey?