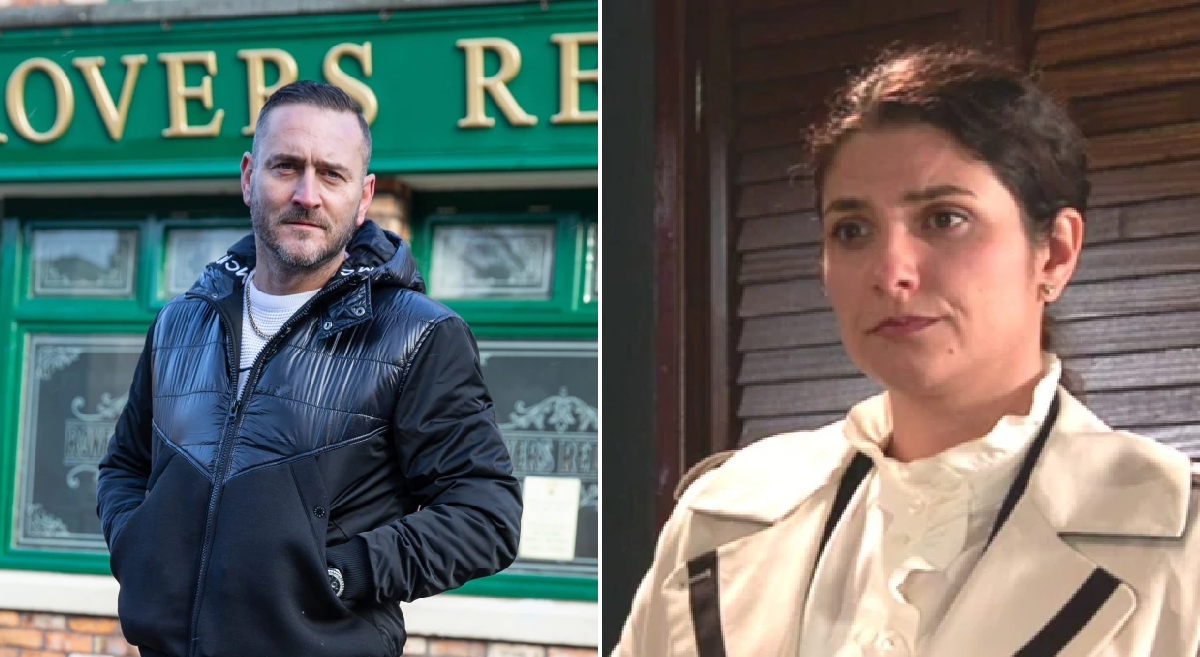 Harvey Gaskell’s (Will Mellor) name was mentioned for the first time in weeks tonight as his prison escape storyline begins in Coronation Street.

The drug lord was responsible for making some of the Weatherfield resident’s lives hell and is currently behind bars after the truth about his drug-dealing ring and using children as dealers was exposed in court.

However, tonight, there was a first glimpse that could all soon change.

Sabeen offered Imran the chance to join her on a new case that would pay a lot of money.

The case? An appeal.

Imran was disgusted at Sabeen’s offer, making it clear Harvey should stay behind bars for the hurt and pain he’s caused so many families.

Sabeen hid her surprise, but as she has a hold over Imran, something tells us this isn’t the last we’ve seen of the lawyer being involved in this case.

Metro.co.uk have revealed pictures showing Will Mellor filming a prison van escape stunt – could this mean his appeal won’t go to plan and he’s out for revenge?

One thing we do know for certain – no one is safe…