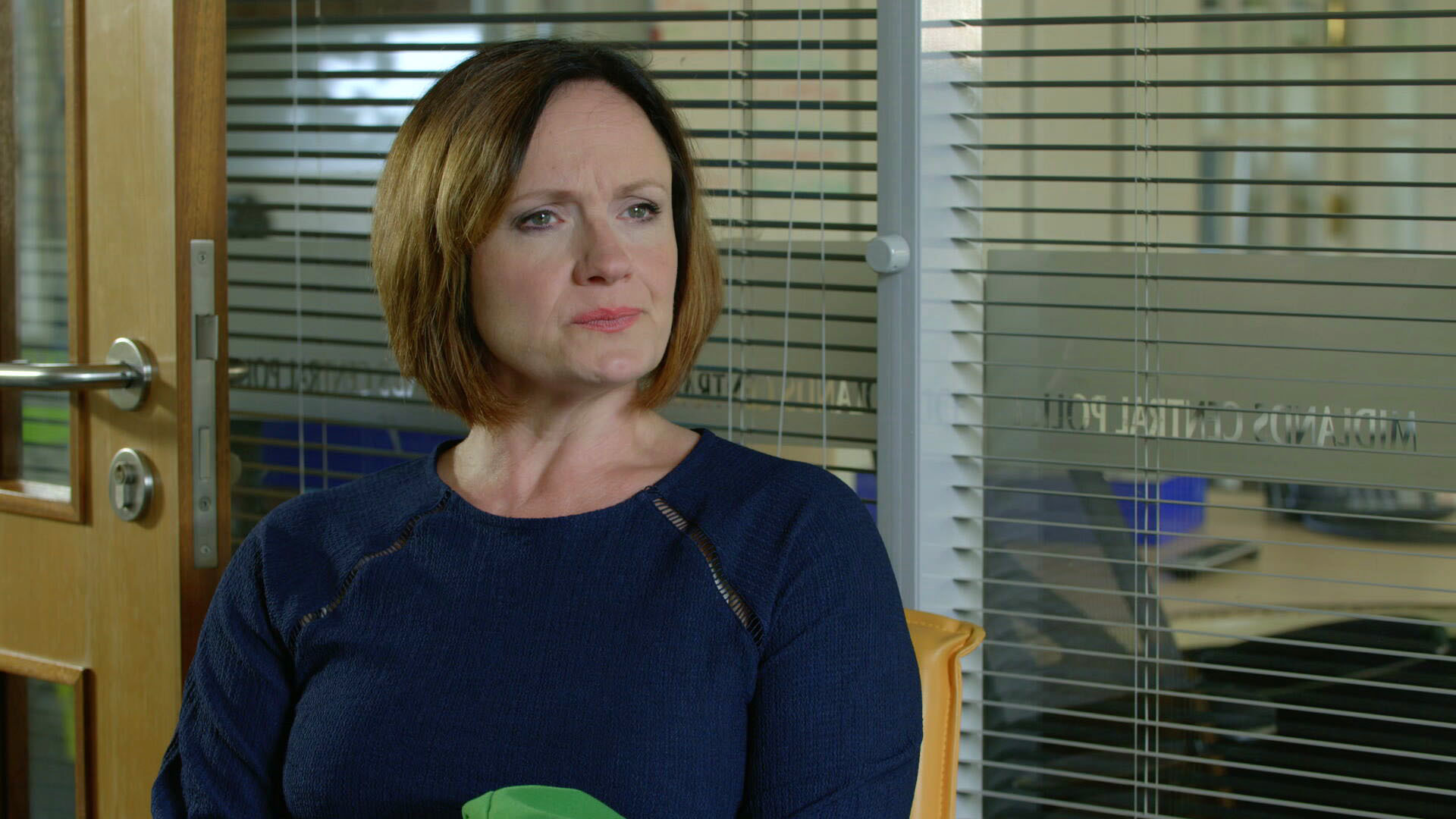 It quickly became obvious that the building is being used as a base for sex workers and Emma has often found herself woken up by people shouting in the street outside.

Despite this, Emma has been getting on much better with Roxy personally in recent days and tensions largely seem to have eased. This week, she tells Zara (Elisabeth Dermot Walsh) that thing seem to have calmed down in the street generally and that she’s looking forward to a quiet afternoon at home. This turns out to be wishful thinking.

She arrives home to find police cars outside Roxy’s house. Amongst the policemen present is DS. Matt Cassidy (Terry Mynott). Emma and Cassidy had a bit of a run-in last week, although in the end everything was smoothed over.

But now Cassidy seems overly defensive, warning Emma not to get involved. But Emma is suspicious. Something doesn’t feel quite right about all this.

She tells Zara that she is worried about Roxy’s arrest. Has she been set up? Zara warns her not to make trouble with the police. Emma ignores this and confronts Cassidy at the police station.

Cassidy gets annoyed and tells her to keep her nose out of police business. But Emma is now more suspicious than ever.

What exactly is going on?