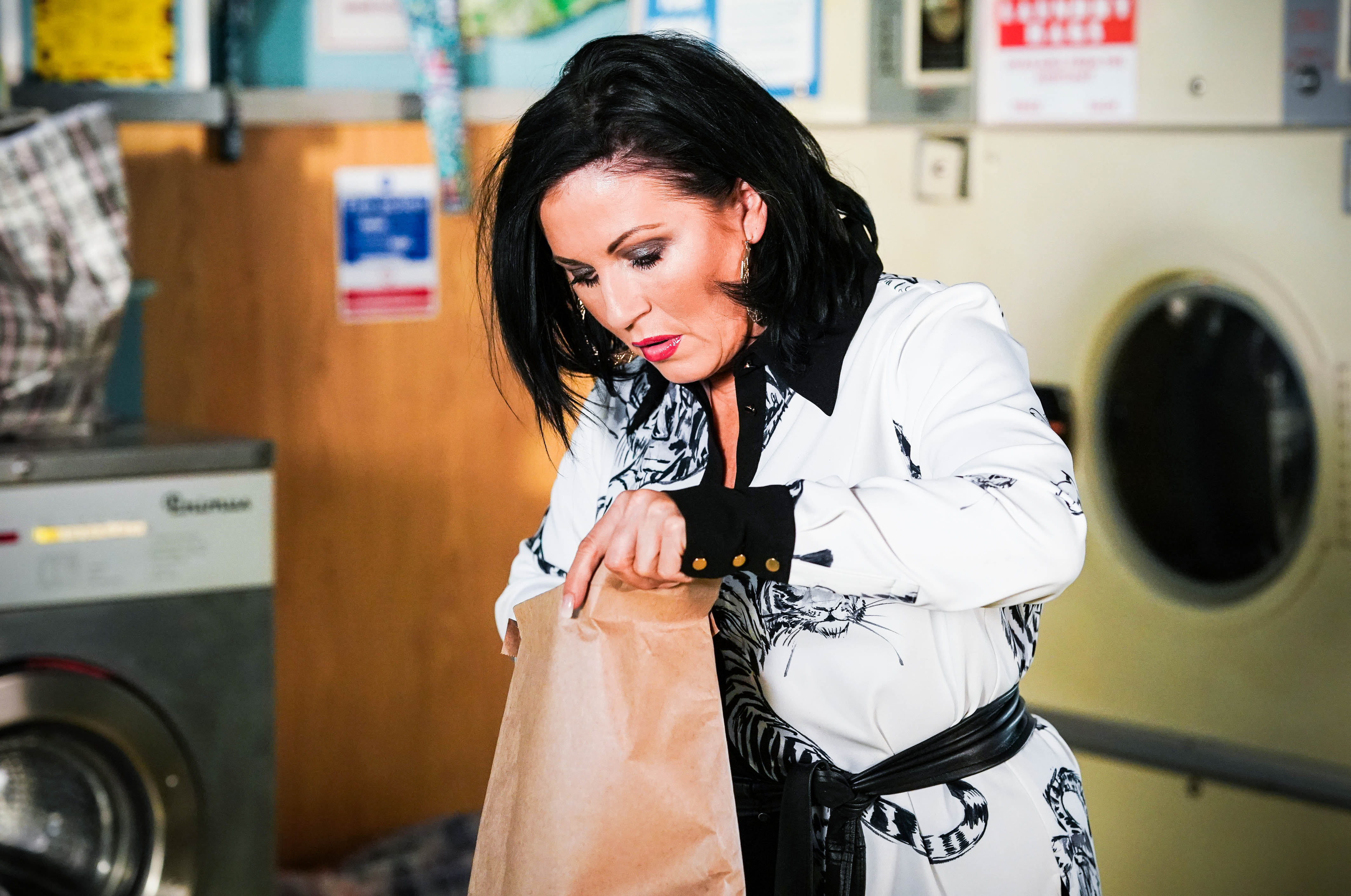 Kat Slater (Jessie Wallace) was thrilled when Phil Mitchell (Steve McFadden) agreed to marry her in EastEnders recently, but being in a relationship with Walford’s most notorious hard-man has its drawbacks.

In upcoming episodes Kat is going to find herself involved in the shady side of Mitchell life when Ben (Max Bowden) tells her that a package will be arriving that she needs to sign for and then stash away safely for Phil, who is currently in prison.

Not knowing what the package could be, Kat isn’t keen to do as Ben asks, but he insists and tells her it’s her problem now.

When the package arrives, Kat refuses to take it. Visiting Phil in prison later, she mentions it to him and he pleads with her to accept the package. He says his safety while he’s behind bars depends on it.

Kat reluctantly agrees, and accepts the parcel. She’s totally shocked by what it contains – it’s definitely not your usual bit of online shopping. A furious Kat has it out with Ben, saying he hasn’t been there when his dad needed him and now Phil is obviously in a huge amount of trouble.

She hides the package – but is Kat in danger for just knowing where it is and what it contains?