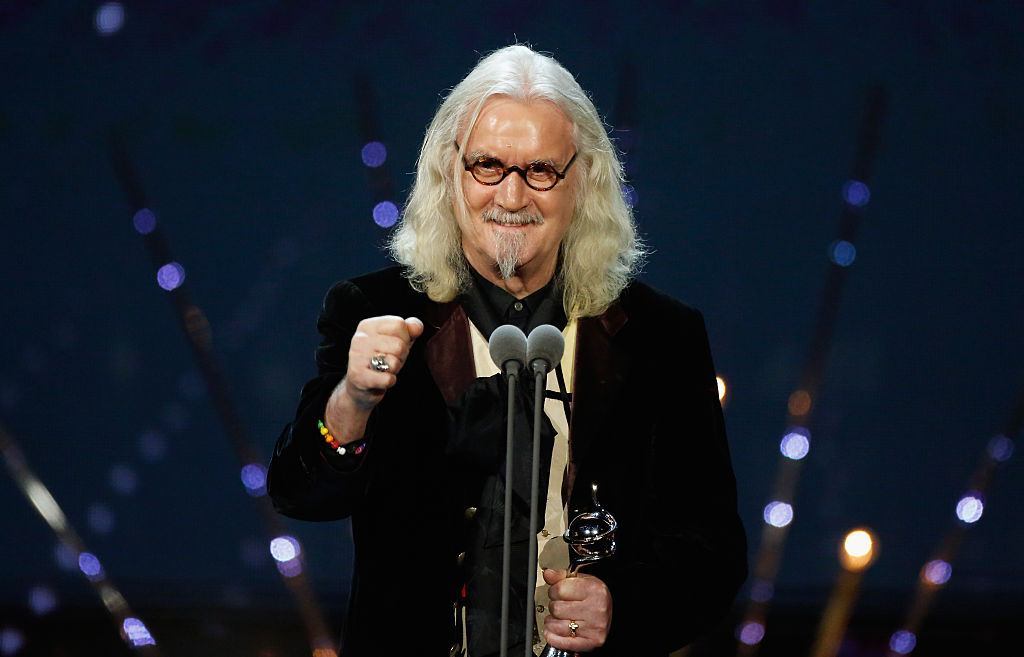 Sir Billy Connolly may have quit stand up, but that doesn’t mean he’s disappearing from our TV screens.

The 78-year-old will front a brand new series for Gold, which will look back at his 50 years in stand up and ‘provide and unrivalled glimpse into his life’.

Billy Connolly Does… will feature five episodes, each of which will cover a particular topic – from sex, love and marriage and parenthood, to childhood, work and travel, and will showcase ‘classic and hidden treasures’ from Billy’s old routines.

The series, which is shot in and around Billy’s home in Florida, will see the comedian reflect on how his views have or haven’t changed over the years.

He said: ‘I’m really looking forward to sharing a few of my favourite moments from over the years … it’s been brilliant, and I hope you’ll come along for the ride!’

Head of comedy entertainment at UKTV Iain Coyle said: ‘So, this is a career highlight, working with one of, if not THE, greatest comedians of all time. I feel incredibly privileged that Billy and his family have given us access, not only to his incredible archive, but also to their everyday lives.

Gerald Casey, channel director for Gold, added: ‘We’re thrilled to welcome the legendary Billy Connolly to Gold. Moonshine Features have secured incredible access for this series and we can’t wait to hear all of the hilarious and, at times, ridiculous life lessons from one of the all-time greats.’

Series director Mike Reilly said: ’I’ve been lucky enough to have worked with Billy for some time now and the one thing that never ceases to amaze me is how easy he makes it for everyone to be in his company, how the laughter, the pearls of wisdom and the shaggy dog tales never seem to stop.

‘To have the opportunity to show all of that while trawling through a treasure trove of amazing comedy is just a dream come true.’

The new series is set to air later this year.

Back in December, Billy bid stand up farewell with a special, It’s Been a Pleasure, which saw stars including Dustin Hoffman, Elton John and Paul McCartney paying tribute to the Scottish star.

The comic decided to retire from stand up due to his Parkinson’s diagnosis.

Billy went public with his diagnosis in 2013, and told Sky News that the disease has made his brain work differently.

He said: ‘I’m finished with stand-up – it was lovely and it was lovely being good at it. It was the first thing I was ever good at.’

‘The Parkinson’s has made my brain work differently, and you need a good brain for comedy.

‘I get upset because certain things go wrong with you, your brain goes adrift, and it affects your body. So you walk differently, you walk like a drunk man sometimes, and you’re frightened you’ll be judged on it.’

He added in the ITV special: ‘It was obvious from my movement, that I wasn’t who I used to be. And so I had to explain it.. just to say that I am not defined by it.

Billy Connolly Does… airs later this year on Gold.