The 54-year-old is no stranger to a daring outfit and tonight's selection was impossible to miss, with her navel exposed. 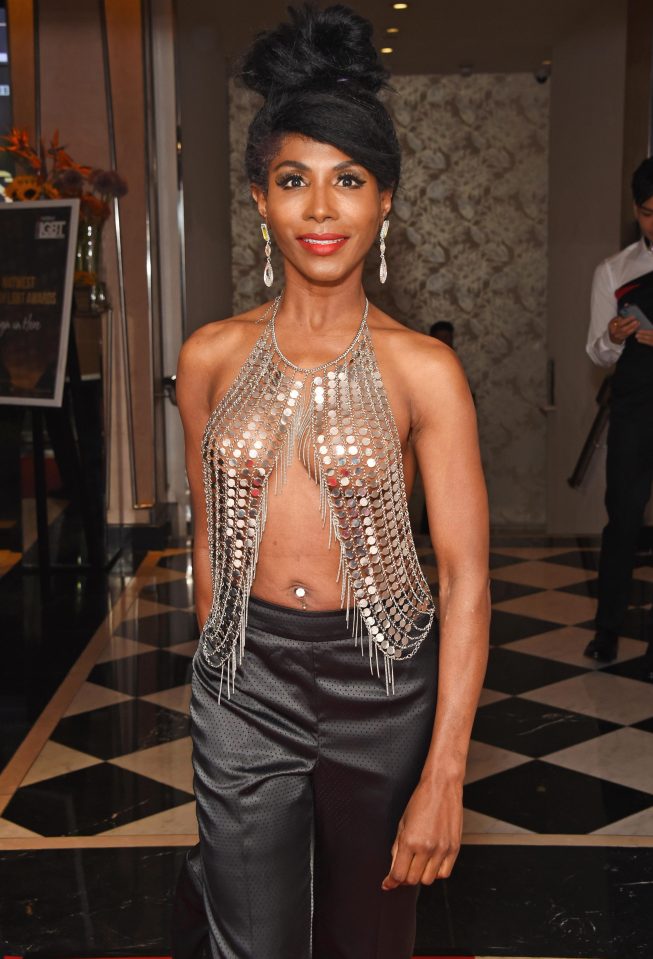 She was joined at the star-studded bash at London's Marriott Hotel by Mel B and the Spice Girl's lookalike daughter Phoenix.

Mel was typically vibrant in a colourful, figure-hugging minidress and was animated as she walked the red carpet.

Scarlett Moffatt looked in high spirits as she smiled for the cameras in a print shirt and jeans, while Stacey Solomon was pretty in a cute pink dress and white boots. 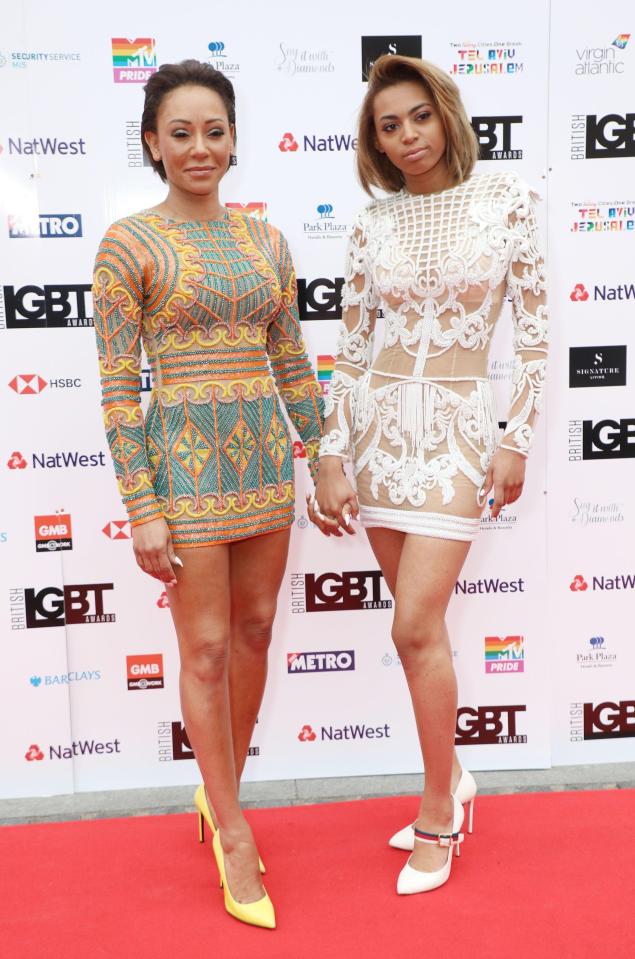 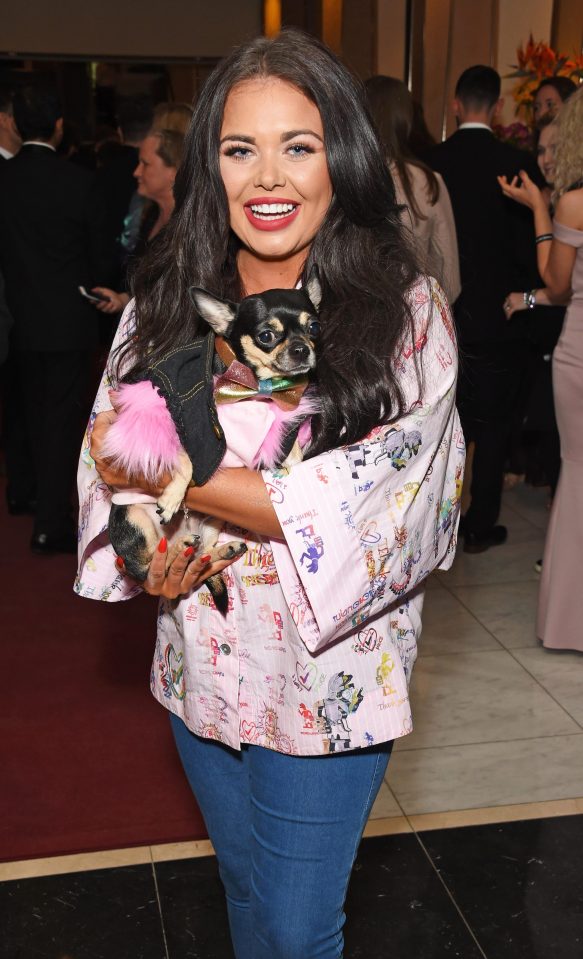 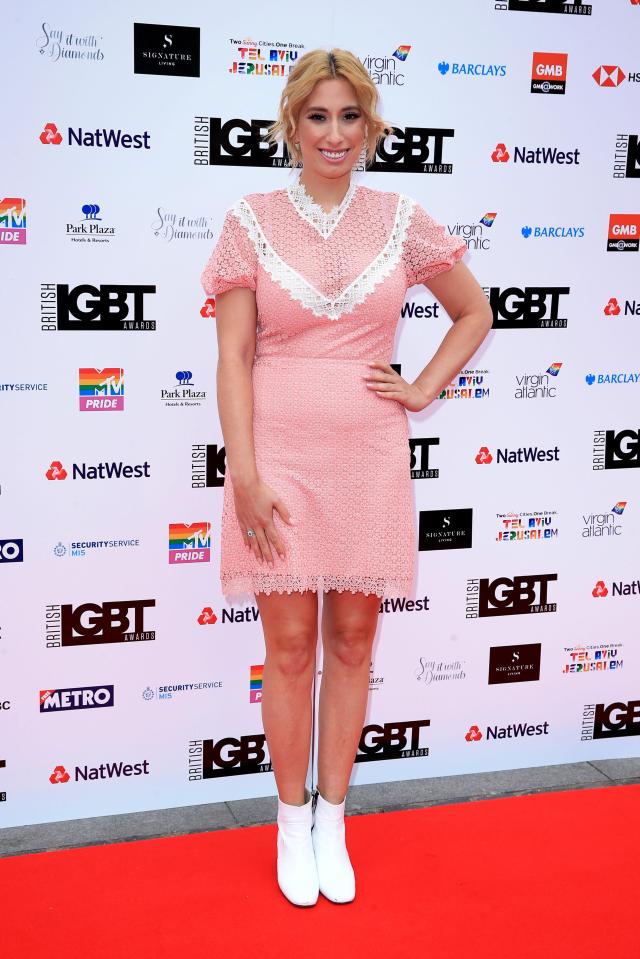 Shirley Ballas brought the glitz of the ballroom in a shimmering dress, while pop star Jess Glynne showed off her midriff in a black two piece.

Blue singer and Hollyoaks star Duncan James was his usual dapper self in a suit and tie.
Just last month 80s pop star Sinitta The eighties popstar once again modelled a risque mesh handkerchief top during a night out in London.

Her revealing get-up certainly caused a stir  as she attended the Dominion Theatre for the opening of Bat Out Of Hell. 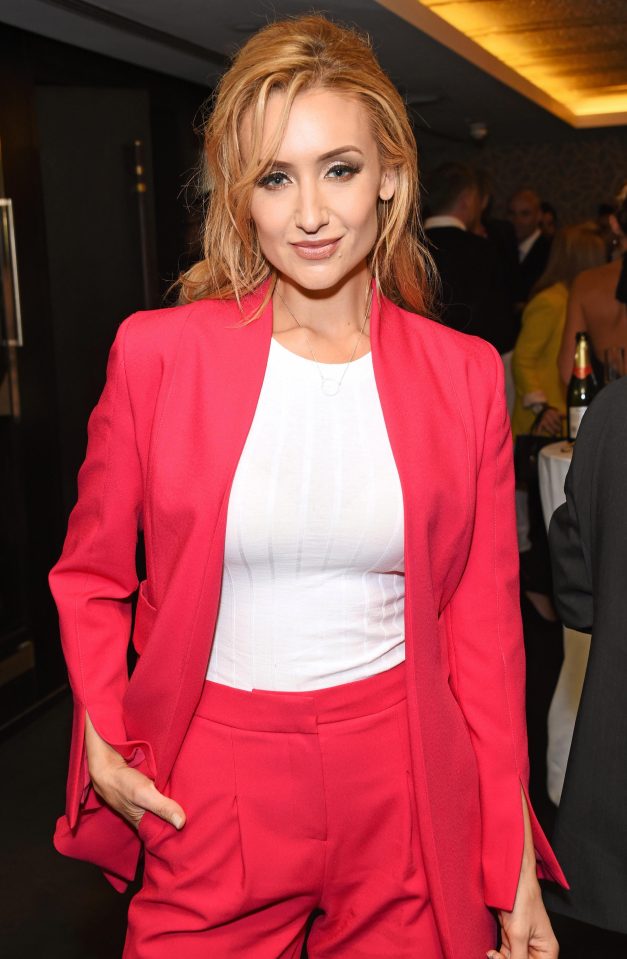 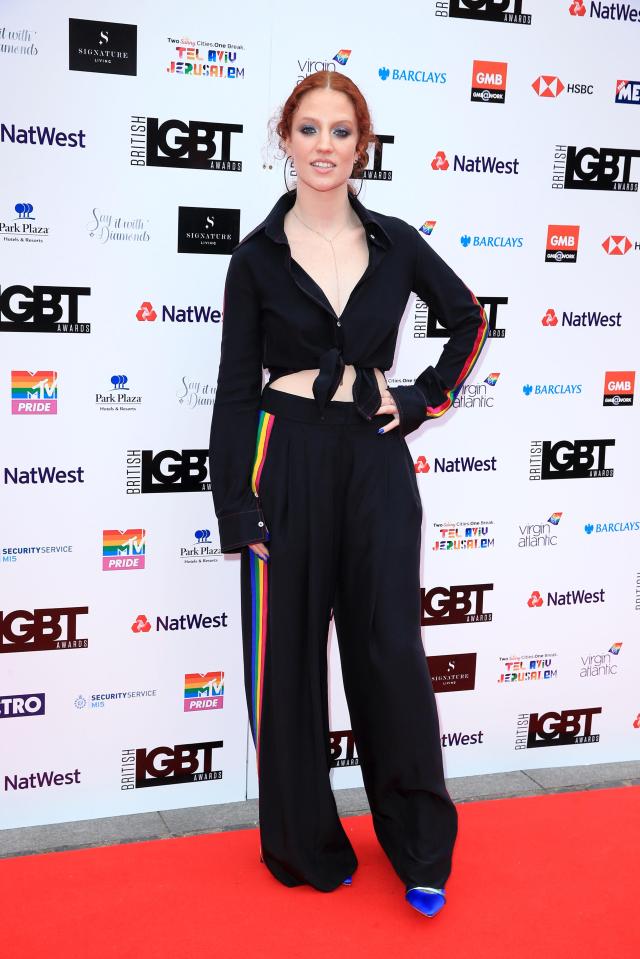 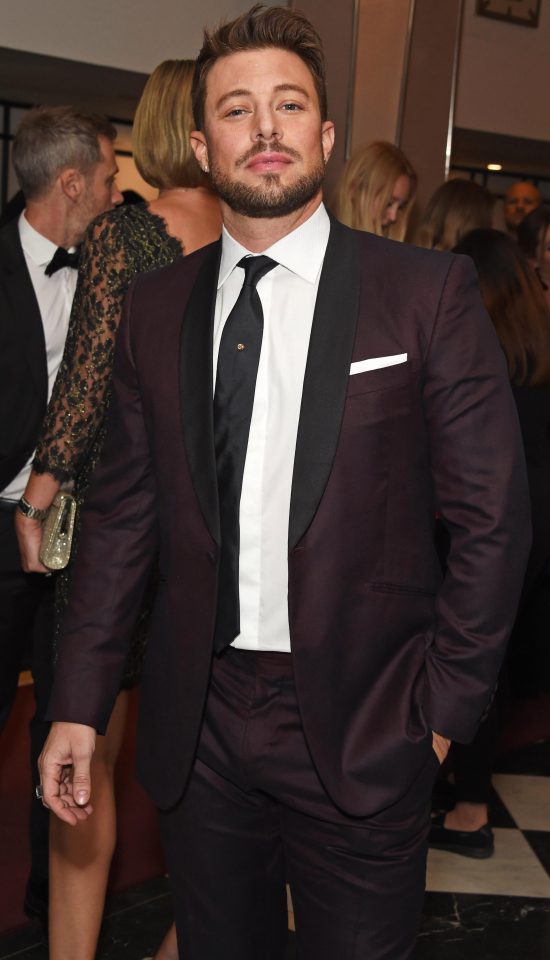 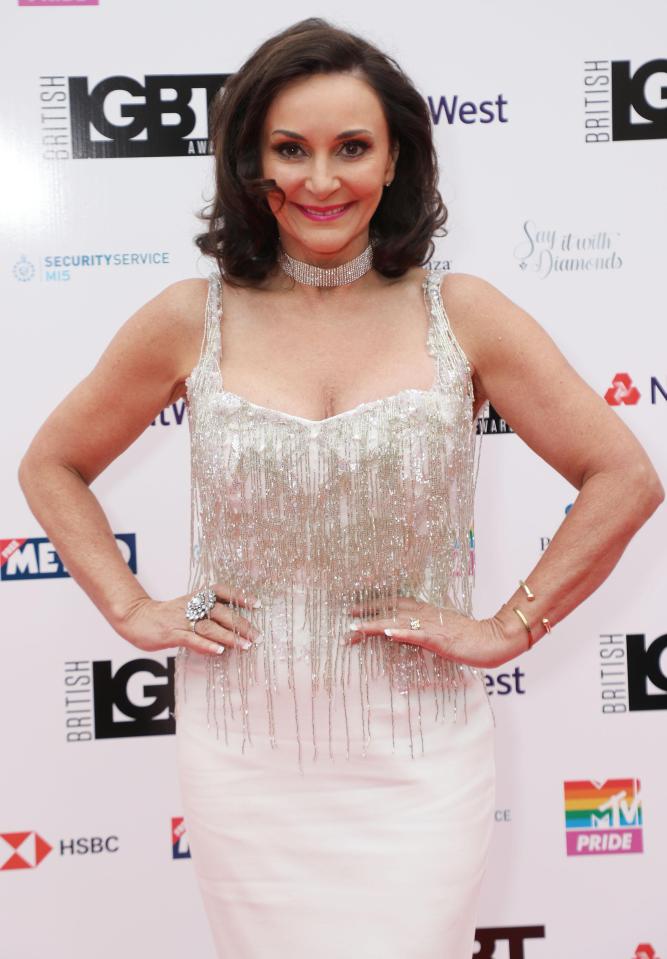 Prior to the event, she sat down for a chat with The Sun and gave her thoughts on her good pal Simon Cowell’s X Factor line up.

As we revealed, Nicole Scherzinger has been axed from the show so Simon is in need of someone to replace her.

But while many fans think Cheryl would be a shoe-in for a return to the show, Sinitta isn’t so sure.

She explained: “They don’t understand the viewers.

“Simon is so forward looking that he’s zooming into the future. 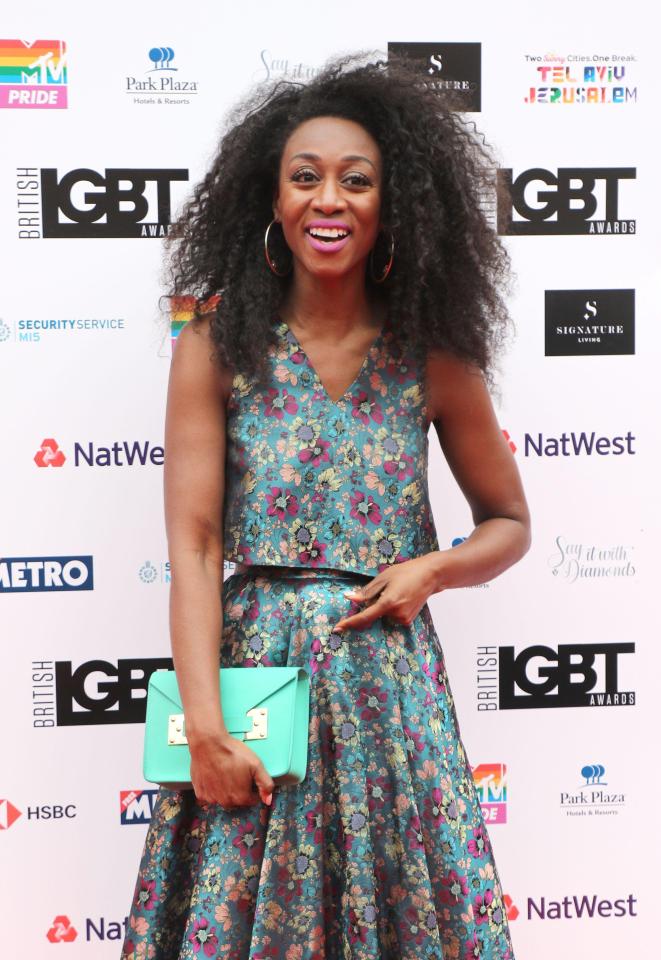 “If you look at the recent episodes they are very different to the original ones but he needs to let the team catch up.

“It’s unfortunate because a show like that always needs new ideas.

“Even Cheryl’s week didn’t stop it losing one million viewers.”

Sinitta was furious after Simon dropped her as guest mentor – telling The Sun: “Right now he can kiss my black ass.” 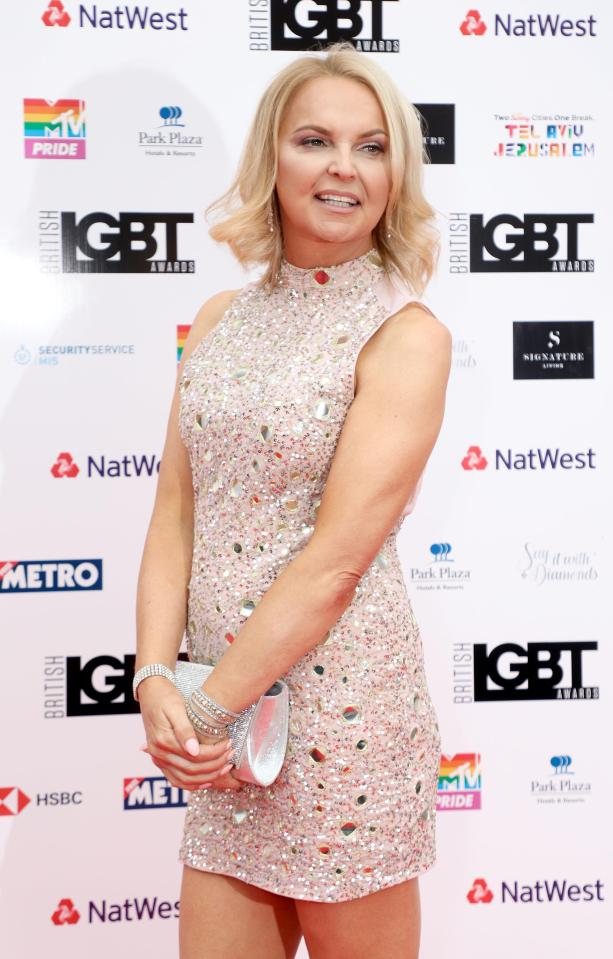