SIMON Cowell gets back in the saddle as he rides a bicycle for the first time since his back breaking accident.

The X Factor boss, 61, rode the electrical bike with his son Eric, seven, and girlfriend Lauren Silverman, 43, in Malibu, California. 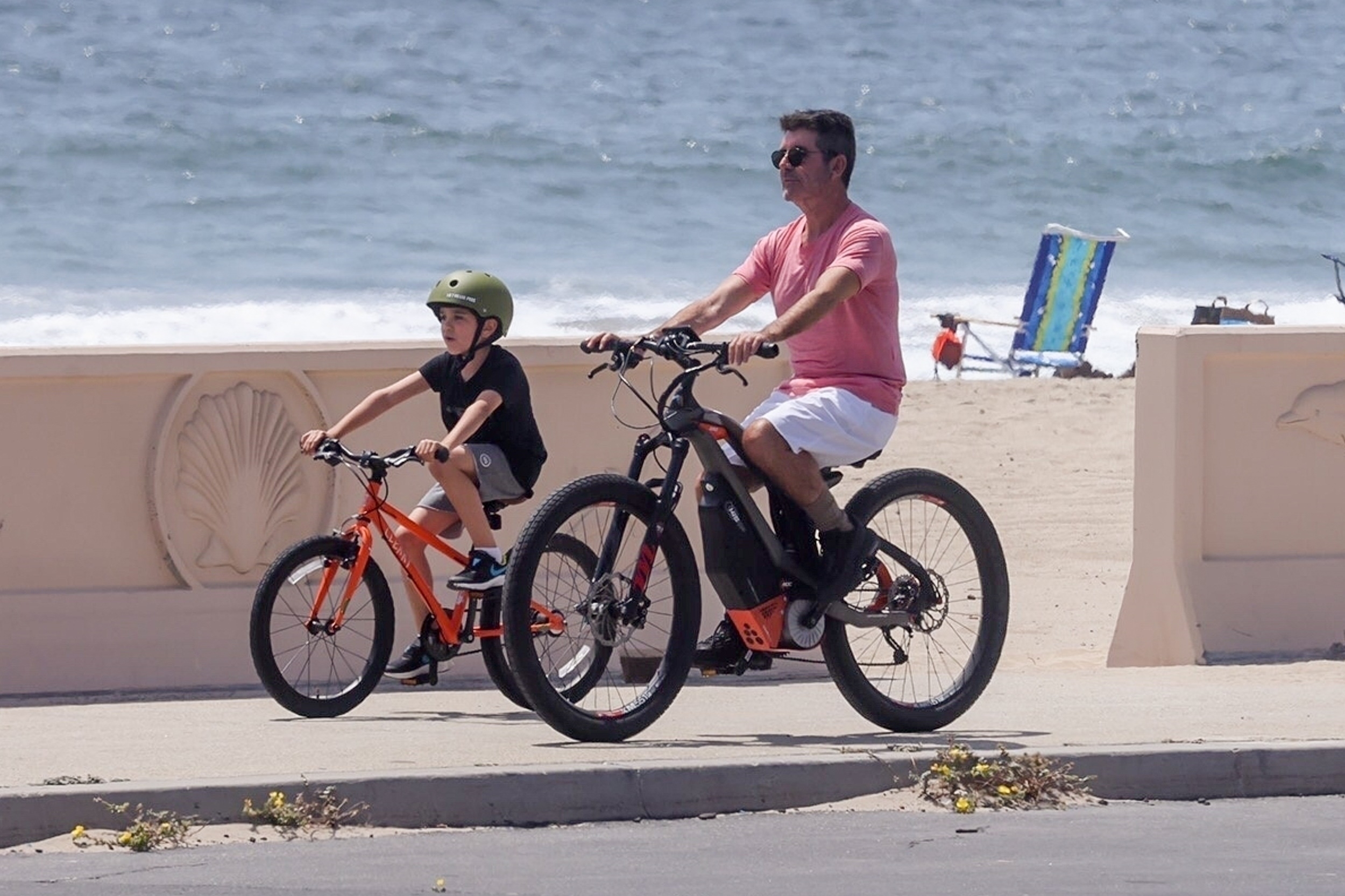 Simon wore a red t-shirt and white shorts with sunglasses but no helmet as his boy pedalled beside him with protective headgear.

In August last year he shattered his spine in three places with the same £16,500 CAB Recon e-bike, that can reach speeds of 60mph.

He needed six hours of surgery and missed his spinal cord by a centimetre in the horrific accident.

Speaking after the accident, Simon said: “I’ve never been in this situation in my life where you literally can’t move. 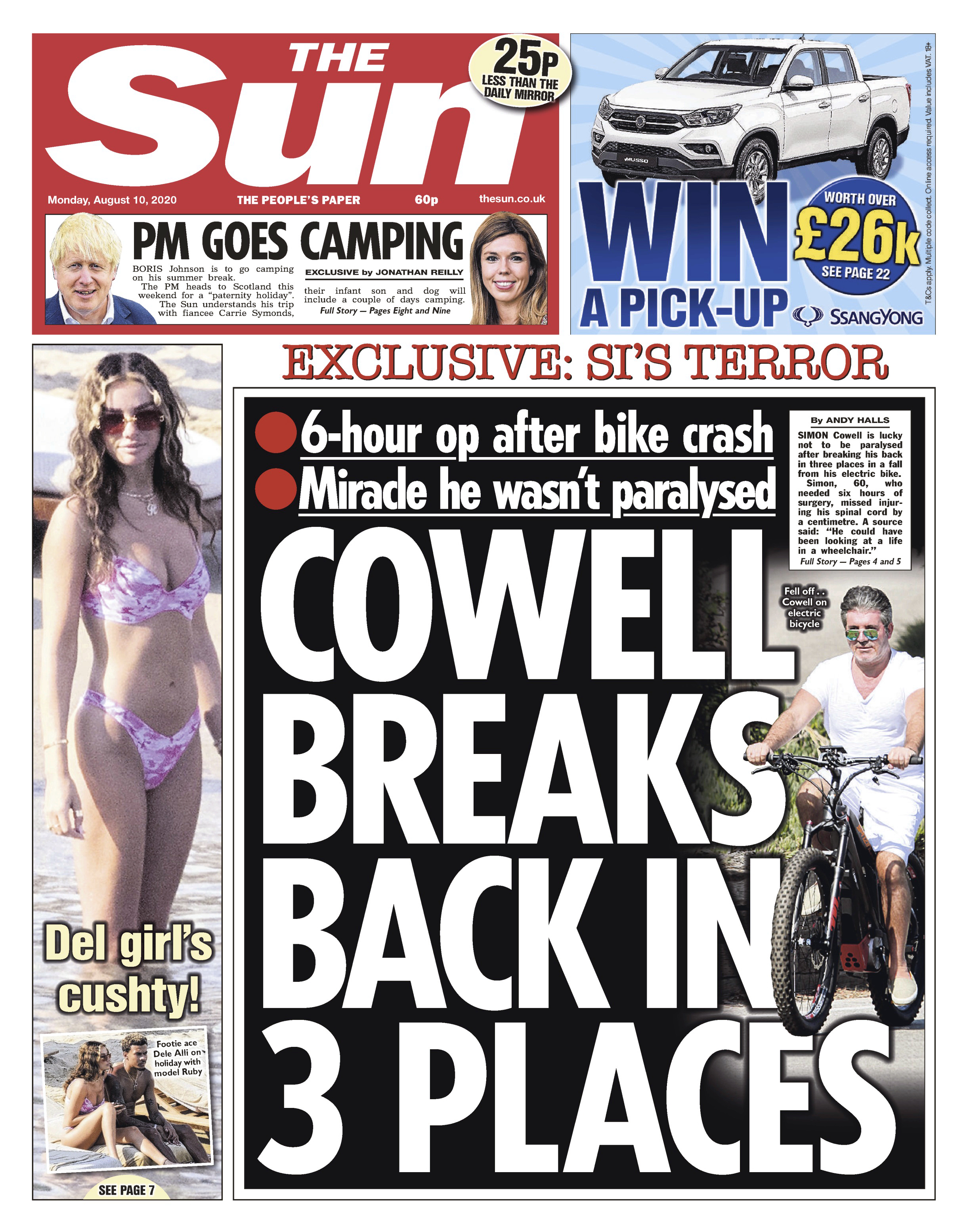 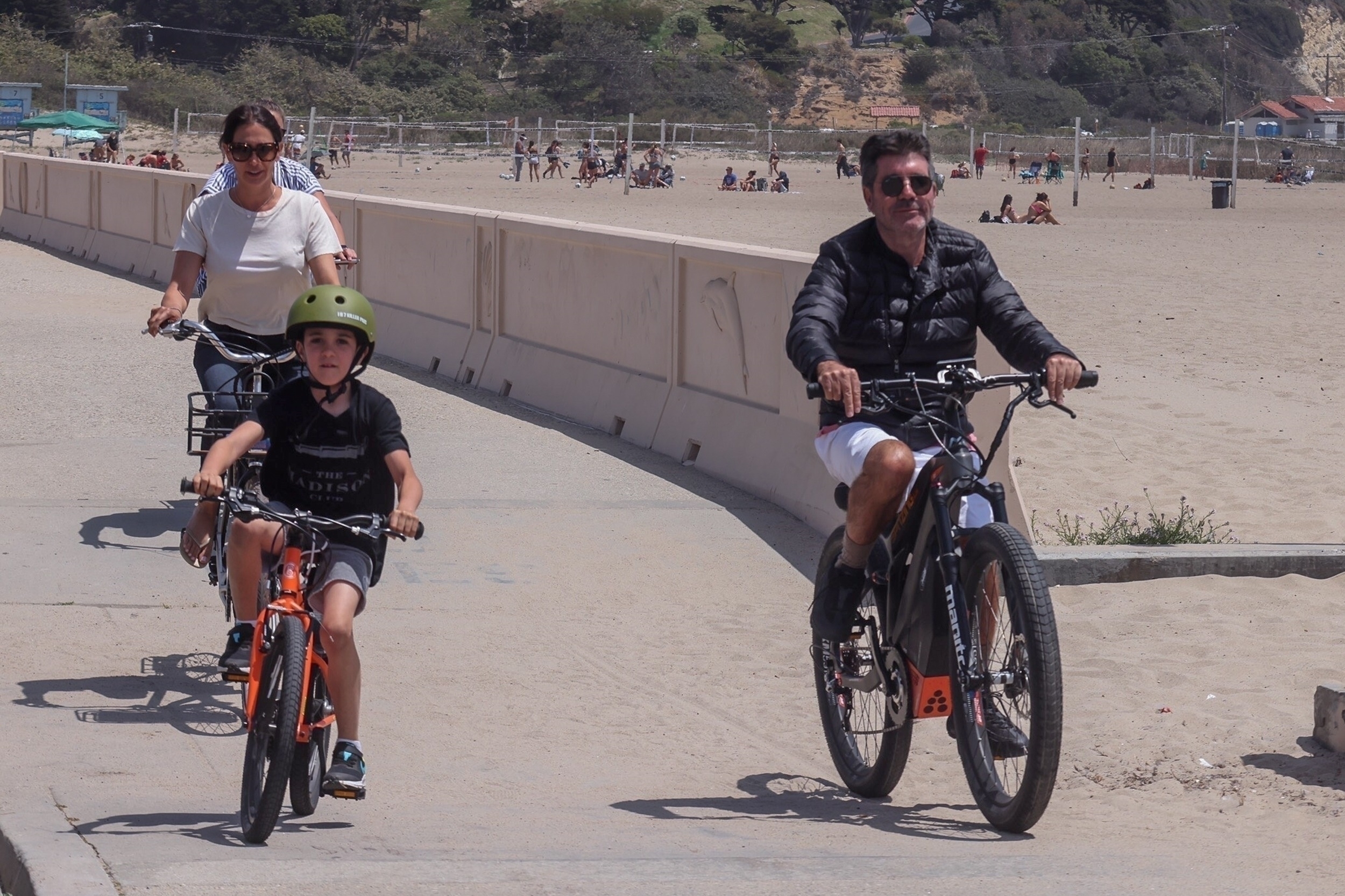 “The pain was off the charts. But you’ve got to stay positive. 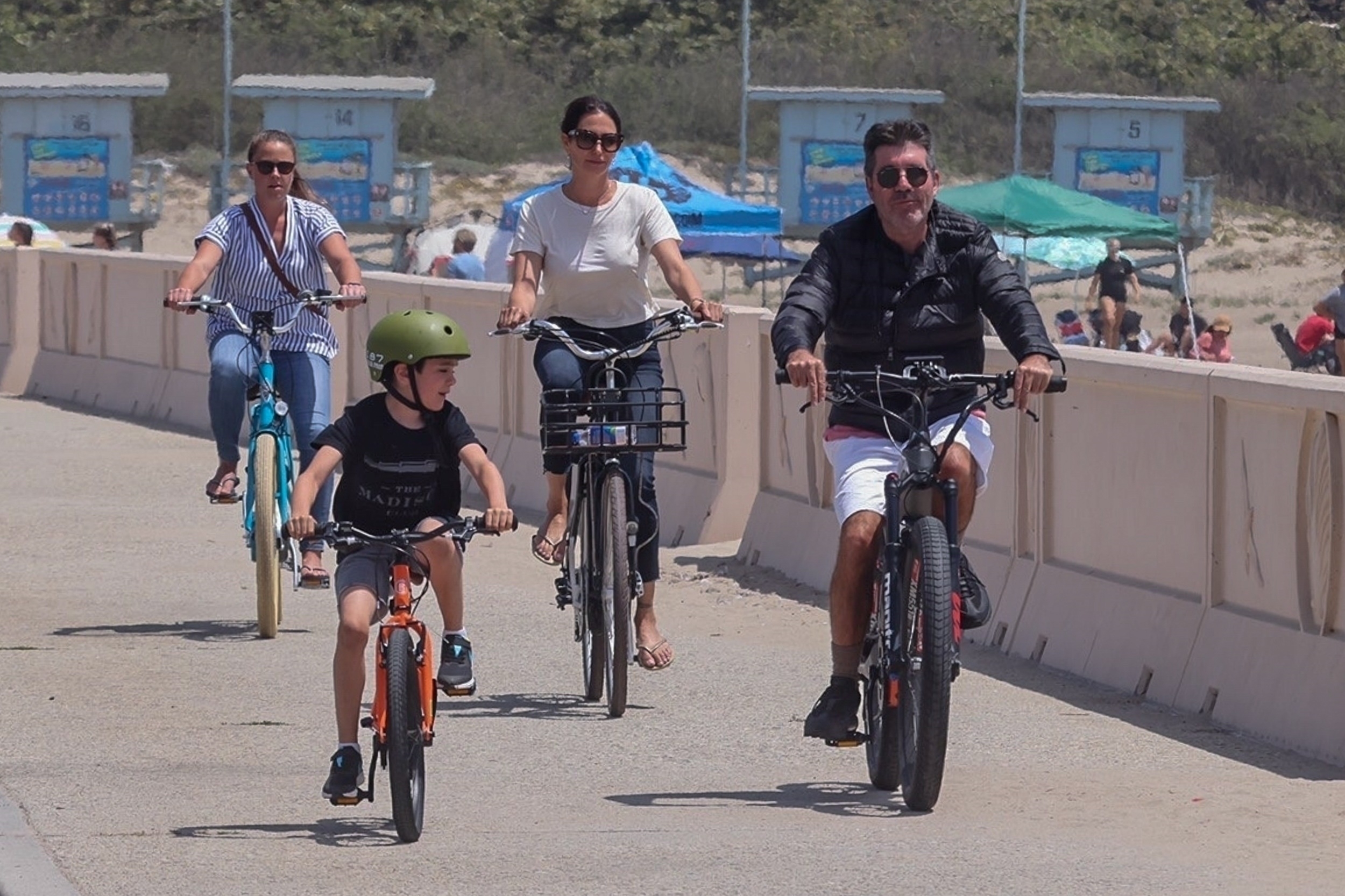 “I made a promise to myself I’d be fitter than I was before I had the accident. Sure enough, that’s what happened.”

Simon, who has lost four stone since adopting a vegan lifestyle in 2019, also met up with old pal Robbie Williams, who used to be a judge on The X Factor.

The pair pouted in a selfie as the Rock DJ’s singer’s wife Ayda, 41, took the snap of them mocking their partners’ poses.

Writing on her Instagram: “Robbie and Simon doing their best impression of us. #Bromance.” 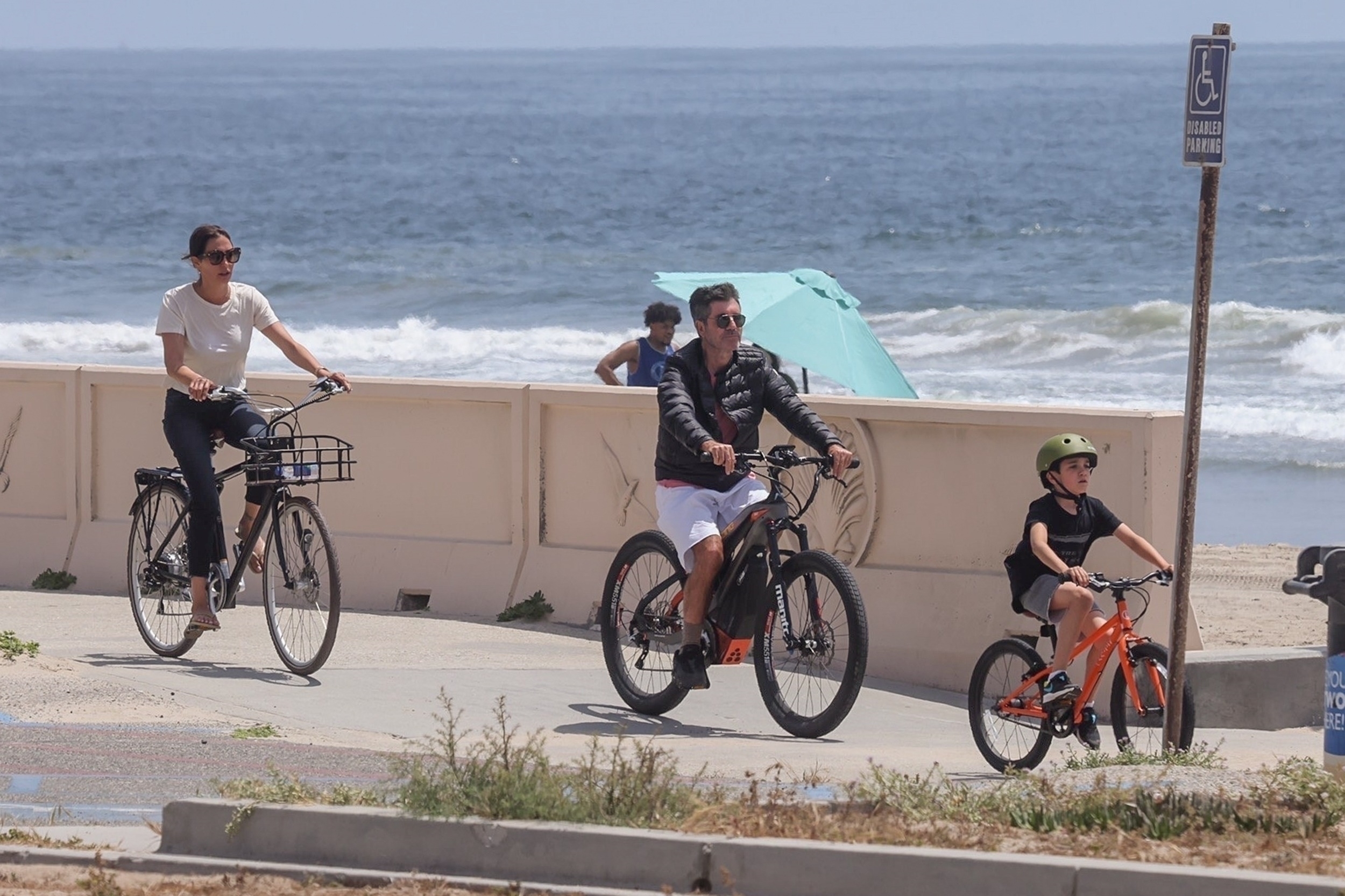 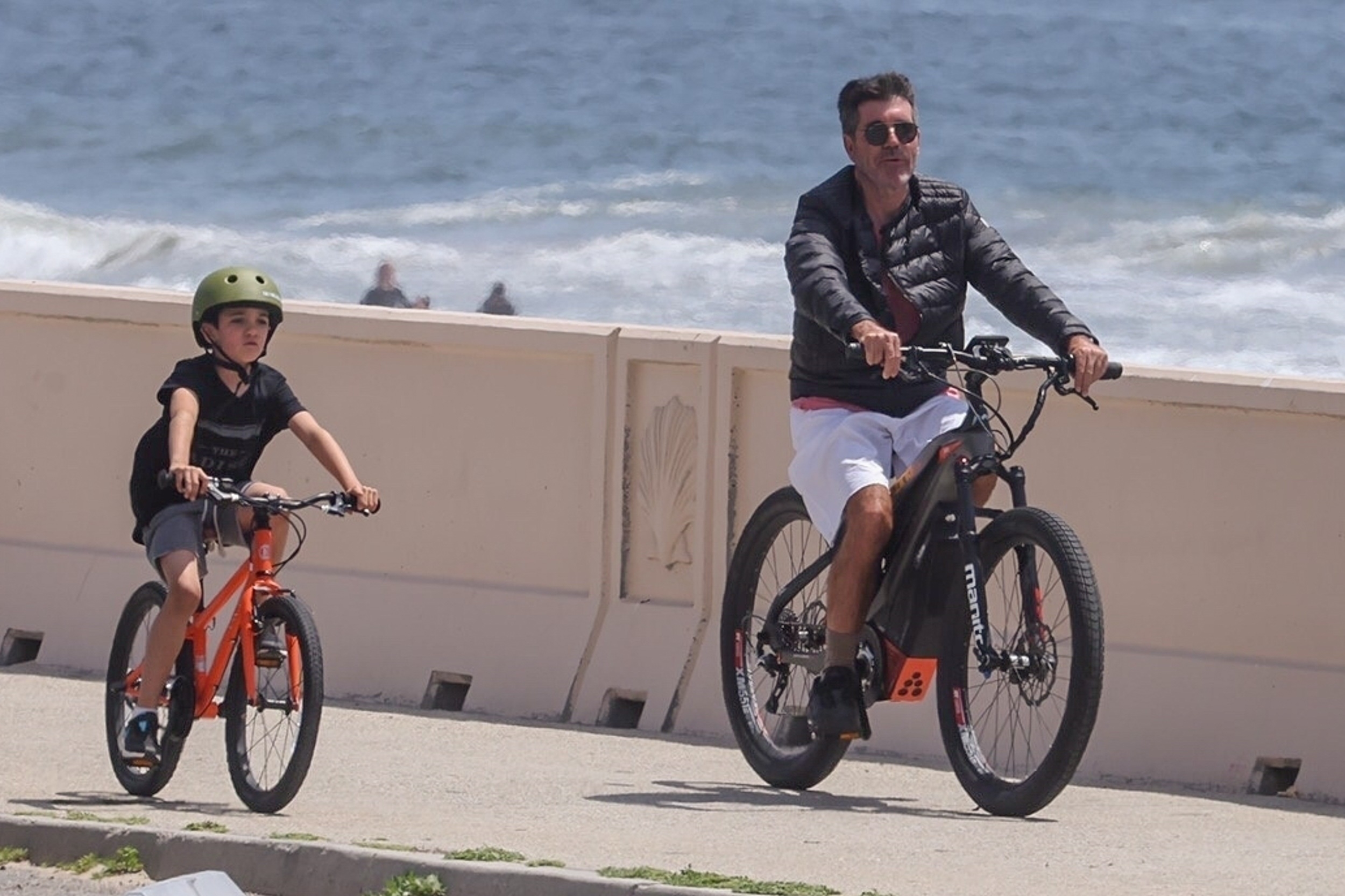 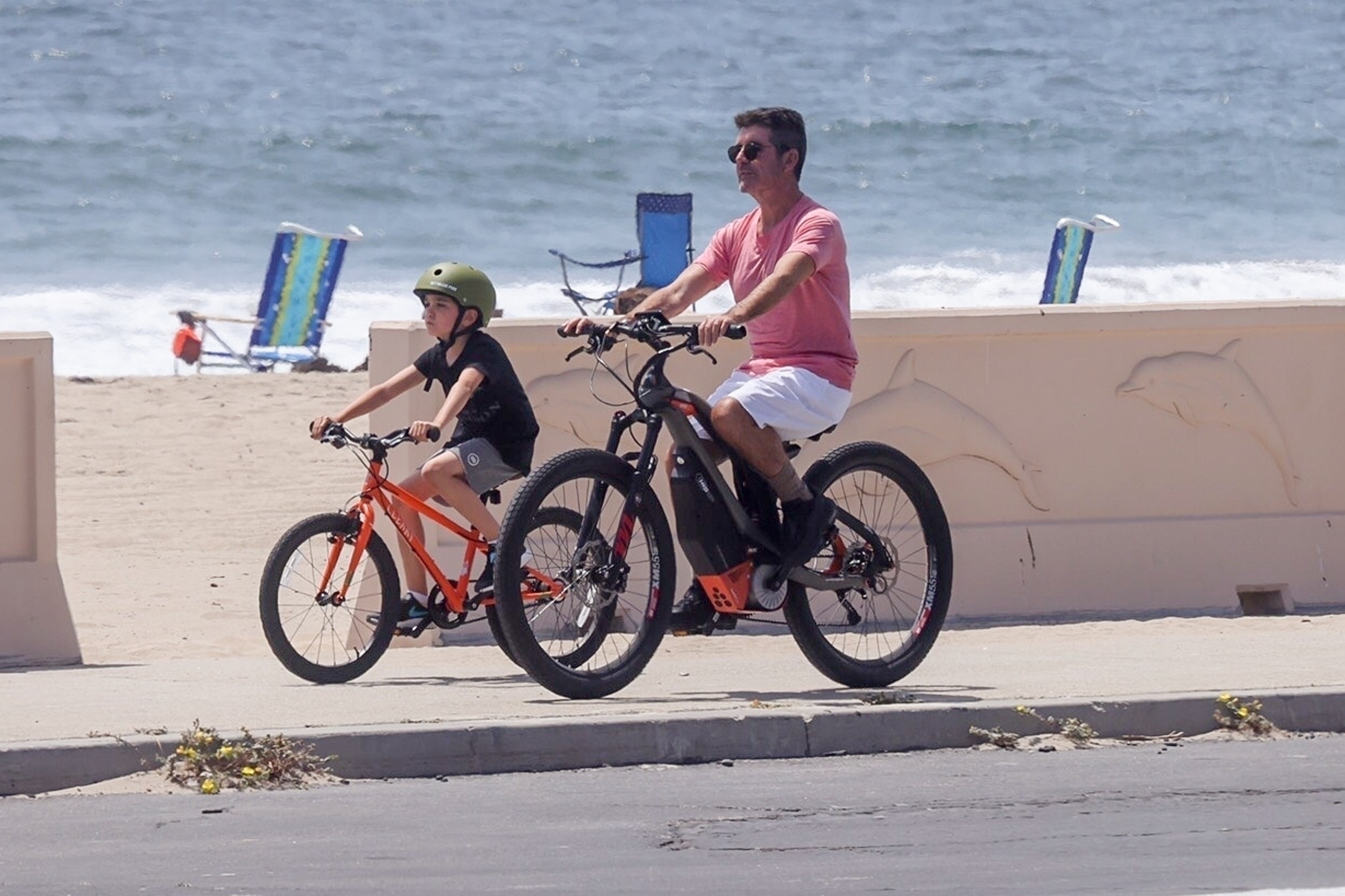 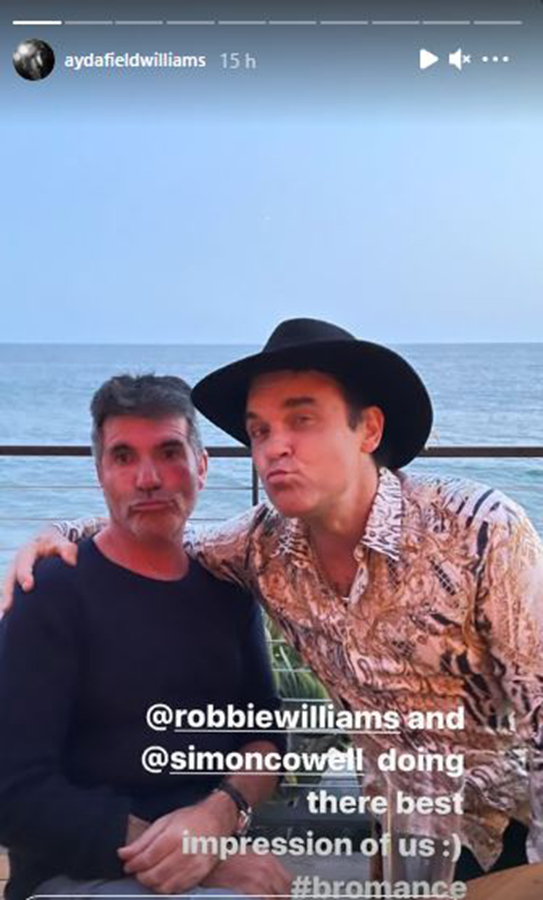