RZA was a Kung Fu film buff long before he became the hip-hop mastermind behind the Wu-Tang Clan. The fistic fury and sage wisdom of Shaw Brothers classics like “The 36 Chambers of Shaolin” and “Death Duel” held the blueprint to his career as a rapper, director and hip-hop mogul. In May, with the help of Mustafa Shaikh, co-founder of multi-faceted company 36 Chambers, RZA launched movie streaming platform 36 Cinema as a shrine to all the karate movie mastery he holds dear.

The pair designed the platform for fans of Kung Fu flicks to gather virtually amid the pandemic with a mix of classic and obscure films. They took this a step further by pairing rare 35mm versions of movies like “Five Deadly Venoms” with expert commentary from RZA and special guests along with real time chat capability for viewers. Five months later, 36 Cinema is now attracting thousands of users around the country looking for rare human connections and lessons in the art of kick-ass, old-school filmmaking.

“One thing that’s not happening is a streaming of classic Kung Fu movies, being curated,” RZA told TheWrap. “Mustafah took that idea and said curation is cool but it’s even better if there’s commentary so it’s not only showing the film but showing why the film is important and why it inspired you and how it will inspire other people.”

The platform provides commentary captions at crucial points in the film to add context and insight from RZA and other Kung Fu movie aficionados. Past guest commenters include directors and actors like Brian Trenchard-Smith, Lady Sensi, Josh Barnet, Michael Jai White, Dan Halsted and Donnel Rawlings. The point is also showcase the skill that went into these films, offering a crash course in the intricacies of filmmaking that RZA was able to pick up on set working with icons like Quentin Tarantino, Jim Jarmusch and John Woo.

“I’ve had the chance to be mentored by some of the greatest directors in history so my education is deep,” RZA said. “In that education is the study of film itself, when you watch certain films they teach you about the filmmaking process.”

Shaikh says the best part about the platform is that it does something new by offering a shared experience and an opportunity for fans to chat with each other during virtual film screenings.

“There’s no real streaming platforms that have that kind of community access,” Shaikh said. “So for us when we were looking at our platform it’s not just for people to share movies but to also come together and congregate in a communal way even though it’s digital.”

With many friends and family separated during the COVID crisis, RZA received surprising feedback from fans telling him about their ability to reconnect with loved ones through the platform.

“One of the coolest things for me to see happen, a daughter and a father who were separated during the pandemic and their past time was watching movies together but based on our platform they were able to do it and felt that communal experience watching a movie together,” RZA said.

Tickets for the films are typically around $10 for each virtual screening. 36 Cinema also enlists the help of local independent theaters, offering them 40% of ticket profits if they partner on advertising and refer their patrons to the platform. Smaller operations like Hollywood Theaters in Portland and mid-size chains like Alamo Draft House in Texas jumped onboard early and have helped get the platform popping with local customers while raising much-needed funds during the pandemic shutdown.

“Independent theaters are struggling and this might help them keep their lights on because a lot of theaters are closed today to we’ve built this platform with them in mind as well so we’ve built these relationships around the country,” Shaikh said.

Though the platform started with Kung Fu films, 36 Cinema will also incorporate other genres, including classic horror movies starting in October. The platform’s slate of virtual horror screenings kicks off in a few weeks with cult classic “Night of the Living Dead.”

The next upcoming screening happens this Saturday, September 26, featuring “Shaolin vs Llama.” Wu-Tang fans will recognize this as the film that the group’s member GZA used to sample the phrase “Allow me to demonstrate the skills of chessboxing” on his iconic 1995 album “Liquid Swords”.

Aside from just showing classic movies, the platform also showcases digitized, 35mm versions of movies that are usually only screened at high-end theaters like the New Beverly Cinema in LA. The process involves making digital transfers of these rare films with artful, aesthetic qualities you can’t get from a typical stream. 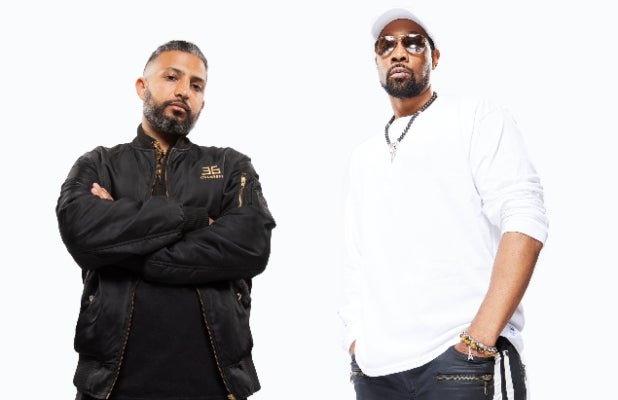 “The digital age has taken over cinema which is cool but then you still have these 35mm prints that have their own way and nuances and they will not be seen by an audience and we pay money to transfer them,” RZA said. “We’re not just grabbing DVDs.”

At the heart of 36 Cinema is a love for old-school filmmaking that can still bring people together in a socially-distanced setting.

“We love the independent theaters, we love the rare film prints, we love the popcorn,” RZA said. “If we could get some popcorn to our audience we would!”