Rylan Clark-Neal has hit back at Brian Belo after he criticised the Big Brother presenters.

Brian recently launched a Twitter rant about the current state of Big Brother, suggesting that hosts Rylan and Emma Willis only took on their roles for “fame”.

But an angry Rylan has defended himself and his co-host, warning Brian not to question his loyalty to the reality show.

Responding on Twitter, he wrote: “Hve a view on me as host by all means but DONT EVER question my loyalty or love for BBUK I adore the show and have done also since 2000 We all love Davina but Emma is an amazing host also and always has been.I wish him nothing but the best but never question my love for BB. Night.”

His followers were quick to back him too, with one saying: “If there’s one thing one can’t accuse you of, Rylan, is not being loyal. You have been committed and dependable since you got involved post-your-season.”

Brian has been very vocal recently about his feelings on Big Brother, which he won himself back in 2007.

He has been posting a series of tweets calling for the show to be “saved”, with many of his messages focusing on the current presenting line-up. 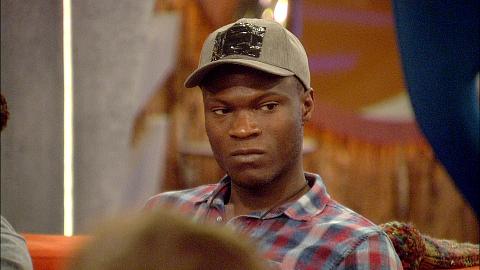 Brian called Rylan “not good enough” in one tweet, writing: “When #Rylan got the ‘Big Brother’s Bit On The Side’ job at @bbuk I understood it because he had a high-profile from @TheXFactor and #CBB & #BBUK needed the publicity and his fame. But if #BBUK is going to get axed, we’ve got to say now, you’re not good enough!”

He also claimed that Rylan and Emma are “ruining Big Brother“.

Brian is responding to recent reports that Big Brother’s Bit on the Side may be on its way out, with Big Brother’s Little Brother potentially making a comeback instead.

There is also currently no word on whether Big Brother or Celebrity Big Brother will continue in 2019.