On Tuesday evening, The One Show hosts Alex Jones and Rylan Clark-Neal were joined by Game of Talents host Vernon Kay and BBC presenter Clare Balding for the latest episode. Vernon joined the presenting pair to discuss the ins and outs of his brand new ITV gameshow which pits members of the public and celebrities against other teams to show off their hidden talents and pocket life-changing sums of cash. However, as The One Show drew to a close on Tuesday, Rylan took it upon himself to step in before Vernon had finished one of his answers.

As the show neared its climax, Alex and Rylan grabbed their tablets to read aloud some viewers’ reactions to the show.

Rylan relayed to Vernon a message of praise from The One Show fan Sharon who’d enjoyed the premiere of his new ITV game show.

The One Show host then turned his attention to Vernon who was joining the show live from home to see if he had any hidden talents of his own. 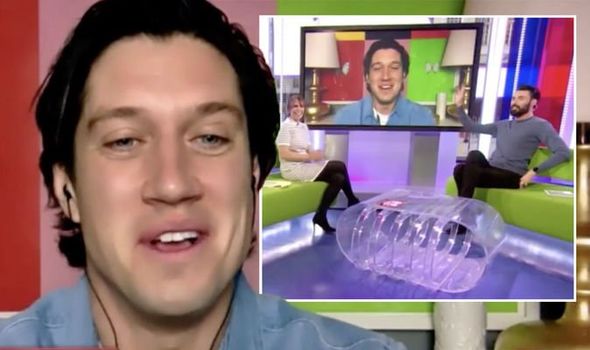 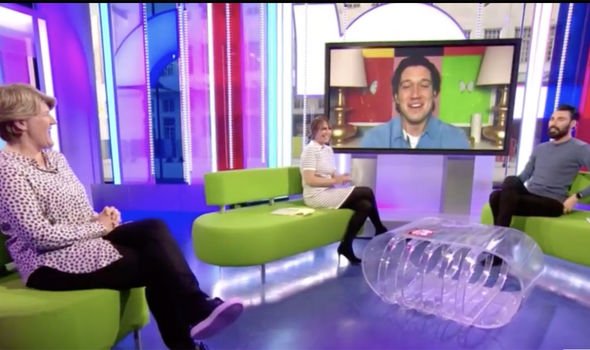 “Vernon, you’ve got 10 seconds, any other hidden talents?” Rylan asked.

But before he could finish the rest of his sentence, Rylan cut him off, implying Vernon was being rather lewd.

“I hope that’s not a euphemism,” Rylan interjected but before Vernon could explain, The One Show host ended the interview. 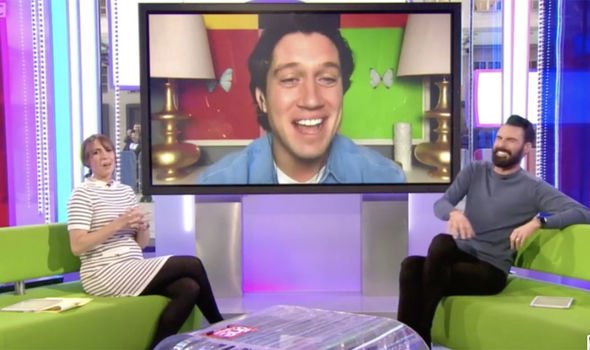 “Vernon, thank you, Vernon,” he said as the former I’m A Celebrity…Get Me Out of Here! campmate tried to explain.

“No, no, no,” Vernon could be heard saying over Alex and Rylan as they tried to end the show.

“We had a great time!” Vernon shouted but Alex and Rylan kept to their script and proceeded to bid viewers farewell.

“Thank you to all our guests tonight,” Alex said as laughter erupted in the studio.

DON’T MISS:
Alex Jones: The One Show host shares snap of blossoming baby bump
‘Seen it all before’ Prince Philip’s hilarious response to Full Monty
Alex Jones close to tears after emotional The One Show segment

Rylan then weighed in: “We’re back tomorrow with the cast of Call the Midwife, John Torode and Gregg Wallace. We’ll see you then.”

The cut-off seemed to all be taken in good spirits as all four of Tuesday’s The One Show line-up could be seen giggling as the show came to a close.

Rylan stepped into the presenter’s chair this week taking over from Amol Rajan who helped Alex out last week.

However, last Friday, the schedule for The One Show was thrown into disarray following the death of Prince Philip, meaning Michelle Visage couldn’t make her hosting debut.

The former Strictly Come Dancing was due to join Alex on the famous green sofa for the very first time as host.

However, she tweeted following the death of the duke: “This will no longer be happening in light of the death of Prince Philip. Thank you.”

Rylan will remain in the presenter’s spot for the rest of the week.

The One Show continues weekdays at 7pm on BBC One.