The ‘X-Men: Apocalypse’ actress is in talks to star in the film which will be directed by Miguel Arteta.

AceShowbiz –
Rose Byrne is in negotiations to star alongside Tiffany Haddish in upcoming comedy “Limited Partners”.

The Paramount feature is to be directed by Puerto Rican filmmaker Miguel Arteta, who is best known for helming independent film “Chuck & Buck” as well as comedies “The Good Girl” and “Cedar Rapids”. 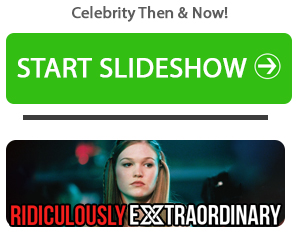 According to the Hollywood Reporter, Byrne and Haddish will play a pair of best friends who create a beauty products company, but are tested after a tech business makes a multimillion dollar overture. While the Australian actress portrays the more logical of the duo, Haddish’s character dreams of retiring to the Caribbean with her earnings.

Sam Pitman and Adam Cole-Kelly are penning the script, having already teamed up to produce and create the screenplay for Elizabeth Banks and Max Handelman’s currently untitled TV movie.

Peter Principato, who won an Emmy for Key and Peele, will serve as producer, previously having worked on television series’ including “Black-ish” and “Hot Date”. He will be assisted by Itay Reiss and Joel Zadak, who both worked alongside “Girls Trip” star Tiffany in 2017 stand-up special, “Tiffany Haddish: She Ready! From the Hood to Hollywood”.

As it stands, the team are preparing for an October production start.

Byrne, 38, has taken on roles in a number of hugely popular comedy films over the last decade, including “Get Him to the Greek”, “Bridesmaids” and “Neighbors”, for which she was nominated for a Critics’ Choice Movie Award for Best Actress in a Comedy.

Since her “Girls Trip” success, Haddish has starred in sports comedy “Uncle Drew” and landed a main role on Jordan Peele and John Carcieri series “The Last O.G”. In 2019, the 38-year-old can be seen in “The Kitchen” with Elisabeth Moss and Melissa McCarthy, where she will play one of the three mobster wives in the crime drama.