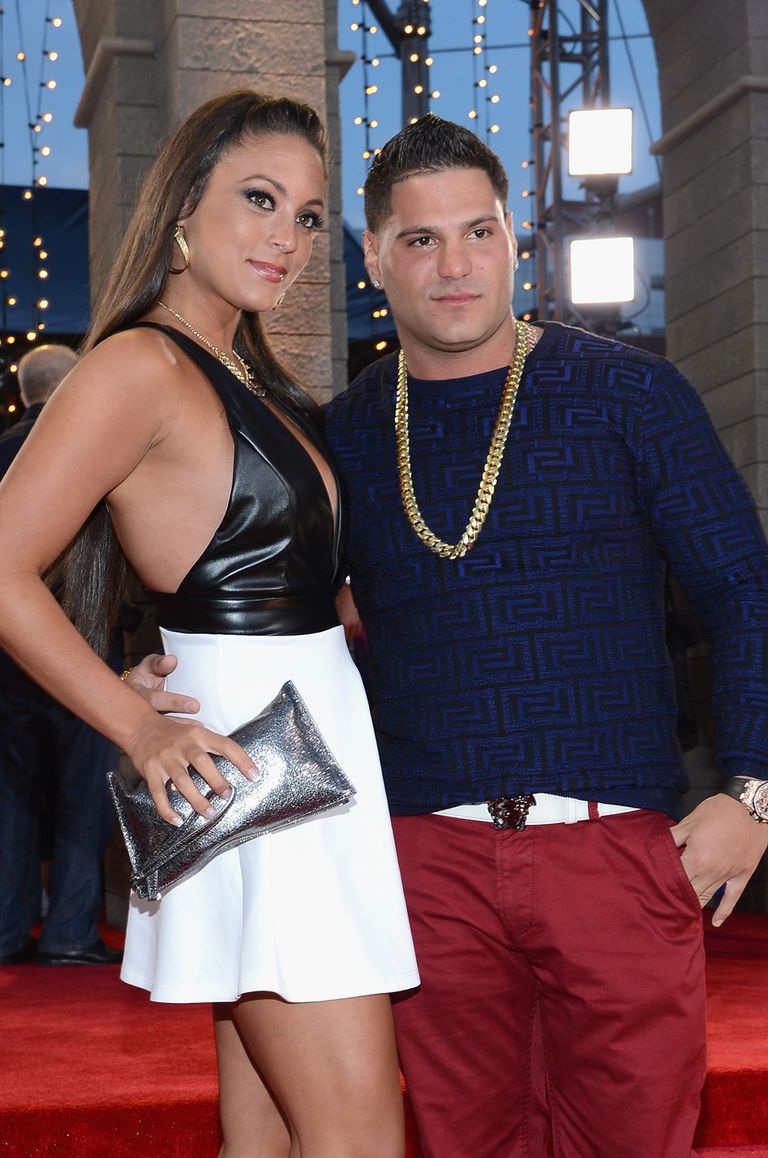 In today’s edition of “Men Can Be Real Trash Piles,” Jersey Shore Family Vacation’s Ronnie Ortiz-Magro maybe cheated on his pregnant fiancé and also might still be in love with ex, Sammi “Sweetheart” Giancola. Hooray!

Let’s jump in. On Thursday’s episode of Jersey Shore Family Vacation, Ron started locked in a bathroom with a woman be brought home from da club in Miami. Pauly “DJ Pauly D” DelVecchio, the surprising voice of reason this season, intervened.

“Ronnie — it’s not worth it,” Pauly whispered through the door, to which Ronnie *finally* emerged and replied that he and the girl were “just talking.”

“As soon as you knocked on the door I was like, ‘This is not a good move,’ ” Ronnie told Pauly. “It felt so good though. … It’s hard having a kid on the way and being with someone that you’re not sure you should be with.”

“It’s hard to just constantly say ‘No, no, no, no’ when it’s like, every girl in the club wants to talk to you,” he continued. “It’s like being in the money machine and the money is just flying everywhere and you’re just trying to grab all of it. That’s what it like. What, you’re just going to stand there? No, you’re going to try to grab all the money.”

And that’s not all!

After Ronnie put the woman in a cab, he talked with Nicole “Snooki” Polizzi about how he’s, get this, STILL IN LOVE WITH SAMMI. Uhhh…

It all started when Snooki asked why Ronnie isn’t engaged to pregnant girlfriend Jen.

“What the fuck happened to you? You’re being so negative! Why can’t you marry this bitch?” Snooki asked, in classic Snooki-style.

“Because she’s not…” Ronnie said.

“Because you fucking love Sam? I can’t. Listen, you need to stop. Stop!” Snooki responded, saying what we’re ALL THINKING.

Ronnie tried to get real about it,”I think I just miss the feeling of security ’cause that’s what she gave. It’s so fucking hard to find and I think that’s why I am the way I am.” He then shared that he doesn’t “trust” Jen. Ahhhh!

Later, in confessional, Ronnie shared, “Every man wishes he could be with the love of his life. Being with someone for seven years and then you don’t end up with person? Yeah, it hurts.”

I repeat: LOVE OF HIS LIFE. JFC, Ronnie. Get it together, dude.