The frightful killer returned to Riverdale in the latest episode of The CW show and had an encounter with Betty Cooper (played by Lili Reinhart).

Whilst this was going on, the school prom was in full swing, bringing together all the main characters in scenes that delighted fans.

However, could one those characters Jughead Jones (Cole Sprouse) be the true Gargoyle King?

Jughead earlier revealed what the Gargoyle King would be wearing.

He said: “Maybe, maybe not. At the very least he’s going to have some sort of kingly signifier… Crown, or antlers and the like. And he’s going to make his move after Betty is crowned prom queen.”

The person wearing a crown is Jughead, so is he incriminating himself or purposefully drawing attention to himself?

There is also the fact that the Gargoyle King is not seen when Jughead is there.

Jughead supposedly goes into the crowning room and while he and Betty are split up then the Gargoyle King appears, but never when they are together.

Betty retraces the steps of her mum Alice (Madchen Amick) in the original Gargoyle King drama and ends up in the hallway where she confronts the king. 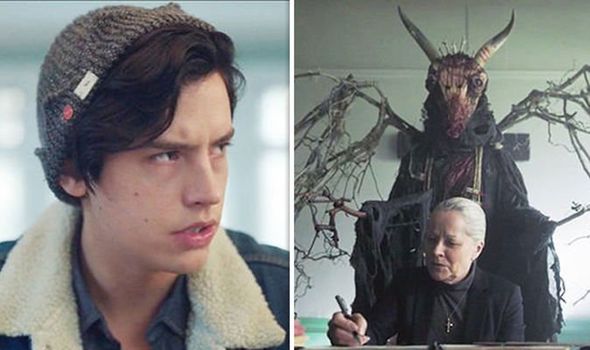 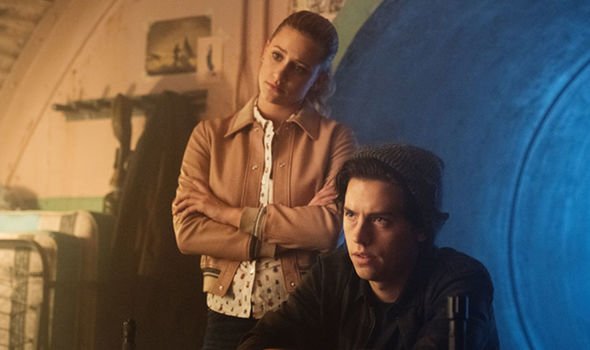 Their meeting is then interrupted by the serial killer The Black Hood.

There has always been an assumption that he is an adult, but it would be in true Riverdale fashion to shock and the Gargoyle King be revealed as one of the kids.

Another pointed out what could be a key clue from the previous episode: “Could Jughead be the current Gargoyle King? In the last episode the Gargoyle King did exactly what Jughead wanted – chase his mum out of town, save Jellybean, and kill Kurtz (when Jughead was nearby). I don’t really want this to be the case because I love Jughead.”

Meanwhile, in the episode Fred Andrews’, who was played by the late Luke Perry, exit was touched on when Mary Andrews (Molly Ringwald) returned while Fred was out of town. 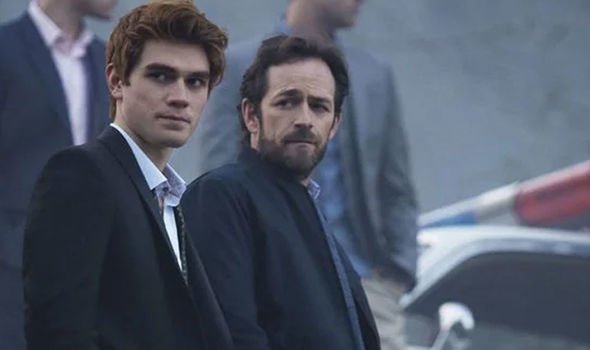 He revealed to Entertainment Tonight: “We’re definitely gonna obviously have to address it at some point. [Possibly] that [means] Molly stepping in as more of an active parent for Archie, but that all depends on the availability of the actors around us. So, you know, we’ll do what we can.”

Also, fans have been speculating what will happen in the season finale, after The CW teased a “chilling” storyline for The Farm.

They fear for multiple characters as there may be a cull by cult leader Edgar Evernever (Chad Michael Murray).

Fans will have to wait to see if the Gargoyle King is exposed and whether it is Jughead Jones.

Riverdale season three returns Wednesday on The CW in the US, and the following day on Netflix in the UK.