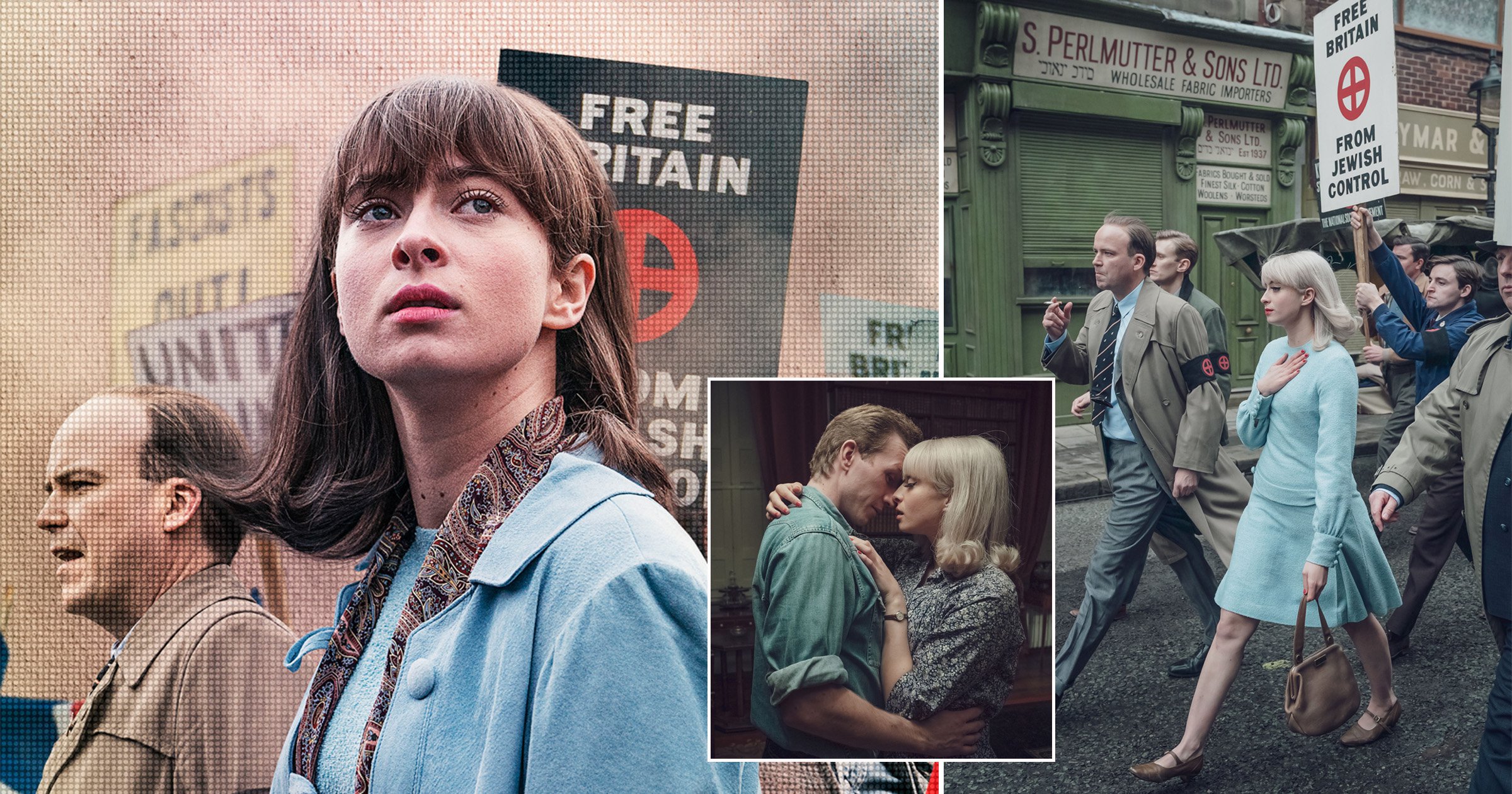 New BBC drama Ridley Road shines a spotlight on a fascinating point in history, telling the tale of a Jewish undercover organisation that fought against the rise of fascism in the 1960s.

After reading the premise of Ridley Road, TV viewers might think that the events depicted in the story are too unbelievable to be true.

However, it is a testament to the real-life people who put their lives and safety on the line when faced with the threat of the British neo-Nazi National Socialist Movement, while also offering a stark reminder of the bigotry and racism that continues to exist today.

The four-part series follows the journey of the fictional Vivien Epstein (Agnes O’Casey), a young Jewish woman from Manchester who is engaged to marry a man who she has absolutely no romantic connection with, their match having been set up by their parents.

She decides to follow her lover Jack Morris (Tom Varey) to London, where she is shocked to witness him taking part in a far-right demonstration in Trafalgar Square, led by Colin Jordan (Rory Kinnear), the leader of the National Socialist Movement.

After becoming embroiled in the violent riot, Vivien is reunited with Jack, where she learns that he’s deep undercover in the neo-Nazi group.

Going by the alias Peter Fox, Jack uses his position to tip off the 62 Group – an anti-fascist organisation led by Vivien’s uncle, Soly Malinovsky (Eddie Marsan) – when he discovers details of the National Socialist Movement’s planned attacks.

Having moved to London in pursuit of Jack, finding a job working at a salon as a hairdresser, Vivien finds herself caught up in the 62 Group’s activities, becoming a key member of the secret movement.

Despite emphasising at the beginning of the story that she is not a political person, Vivien quickly realises just how much this cause really means to her and the extreme lengths she’s willing to go to fight for it.

For her very first TV role, Agnes holds her own as the lead, faithfully depicting the vulnerability and strength of her character as she takes her first solo steps into the real world.

Rory is chilling as the leader of the National Socialist Movement, while Eddie and Tracy-Ann Oberman, who plays Vivien’s headstrong and whipsmart aunt Nancy Malinovsky, both deliver powerhouse performances.

While viewers may at times find themselves absorbed by the fashionable depiction of London in the 1960s, the main draw of the drama is the thrilling tale of espionage at its centre, as viewers are left to wonder whether all of the main characters will make it out alive.

Ahead of Ridley Road’s release on BBC One, Tracy-Ann expressed her fear that the series could experience a ‘backlash on Twitter’.

Despite the drama being set several decades ago, the messages of hate promoted by the National Socialist Movement in the 60s mirror the same vitriolic comments seen on social media in the present day, as trolls continue to spread false conspiracy theories about the power of Jewish people.

When depicting any true event in history on TV or in film, it is an enormous task to create a time capsule that authentically portrays the real experiences that people went through at the time.

Ridley Road does manage to capture the fear that Jewish people felt in the 1960s over being targeted by antisemites and fascists, a fear that many nowadays can still relate to.

The series is bolstered by the strong performances of its talented cast, among well-known names and newcomers alike.

Some may question why several actors who aren’t Jewish have been cast in a story where Jewish identity is integral to the characters they’re depicting.

While this is a valid argument that definitely requires further discussion, Ridley Road does provide a powerful insight into a period of time that must not be forgotten.

Ridley Road begins tonight at 9pm on BBC One and will be available to watch on BBC iPlayer.