The troubled former Bravo star recorded a 10 minute long birthday Cameo for a fan, but left many concerned for her wellbeing. 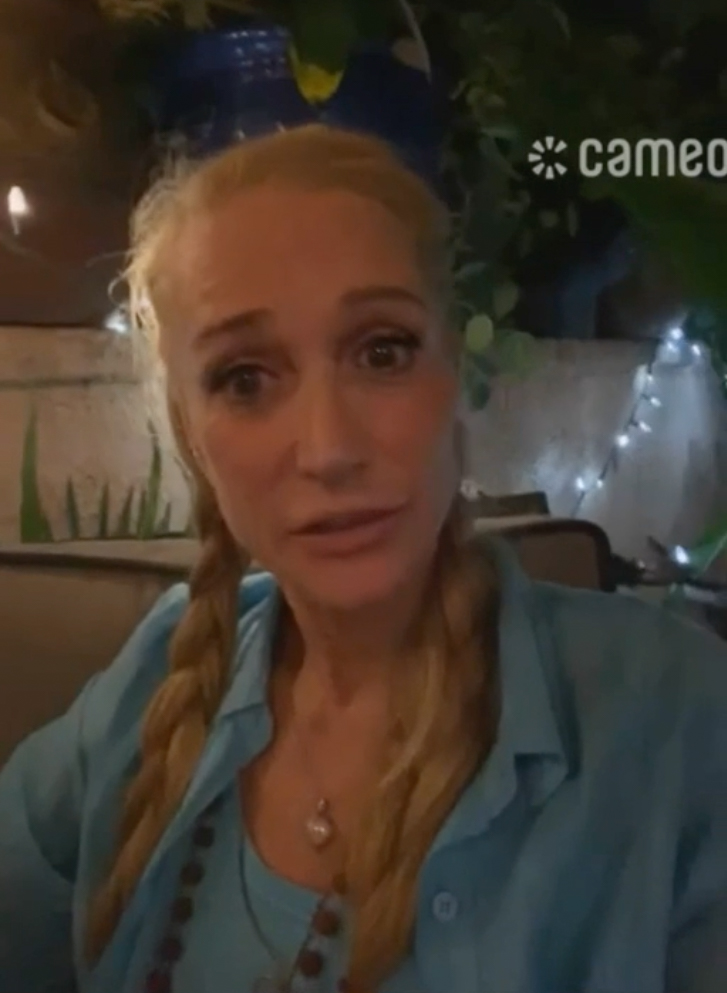 Kim, who charges a minimum of $125 for a personalised message on Cameo was a mix of funny and rambling in the video.

The person who received the message for their birthday posted a portion of the video to Reddit.

Kim recorded the video outside on a patio and wore her long blonde hair in plaits over a blue linen top.

She shakily held her phone to record the video, which sometimes was interrupted by notifications she received.

In the video, Kim recounts some her iconic lines from the reality series and hilariously throws shade at her sister, Kyle Richards and RHOBH co-star, Lisa Rinna.

"I don't like anything about your face," she said in the video, explaining one of her iconic fights with Lisa on the show, who had just called her a "beast."

"I'm not proud of some of things I've said when people have come for me or my sister."

Cameos from celebrities usually only last for a couple of minutes, but Kim's long-winded message had some fans the birthday girl "got her money's worth."

But one fan asked, "wait did Kim ever talk about your birthday or you at all in the 10 min video?" because of all the tangents she went on.

The Reddit user who postedthe vid replied: "Oh she did! She was very sweet (albeit a little confused at how cameo prompts work and got a little sidetracked a couple of times)… it was a great gift and very personalized which is why I cut the clip so I didn’t bore y’all with the more personal stuff. This was probably the best (and longest!) cameo I’ve seen and highly recommend!!"

But other fans seem concerned for the star.

One Reddit user wrote: "Hope Kim is ok, I seem to remember she was on quite a bit of psych meds years ago when Paul questioned her pre injections; even he said it 'could explain a lot of her behavior'."

And another added: "Kim has such an amazing and real soul. It breaks my heart to think about what she went through that brought her to this place."

Kim's bizarre messages comes after The Sun revealed she owes nearly $100,000 in unpaid taxes to the State Of California.

In 2015,  Kim, 56, was arrested twice and was “homeless” for a brief time following a rehab stint, The Daily Mail reported at the time.

The actress was arrested and later charged with trespassing, public intoxication, resisting an officer and battery on a police officer at the legendary Beverly Hills Hotel.

She spent the night in a Los Angeles jail but was released the next morning on a $20,000 bond.

Just a few months after her Beverly Hills Hotel altercation, Kim was arrested once again in August 2015 for shoplifting at a Los Angeles Target store.

She was brought in and booked at a LA jail but released the following morning on a $5,000 bond.

According to TMZ – which obtained pictures of Kim’s stolen merchandise – she grabbed reusable bags and began “loading them up” with items from the dollar section.

Among the products that she took were art supplies, makeup and children’s toys, animal crackers and dozens of other items – which the outlet claimed totaled over $600.

Following her back-to-back arrests, she was fired by Bravo as a full-time cast member and her stream of revenue immediately halted.

However, her financial issues did not end there as she has faced multiple lawsuits in the years since.

Court documents first obtained by The Blast show Kim’s former neighbor, Kelly Crossley, was awarded $266,092.39 for damages and $865 for other additional costs after she claimed she was also bit by the pit bull.

The following year, Kim’s book deal headed south as she was ordered to pay $5,000 for “refusing to pay for services” of ghostwriter Alison Kingsley Baker.

Kim’s money troubles appear to have continued to present day – as The Sun exclusively revealed she owes over $90,000 in unpaid state taxes. 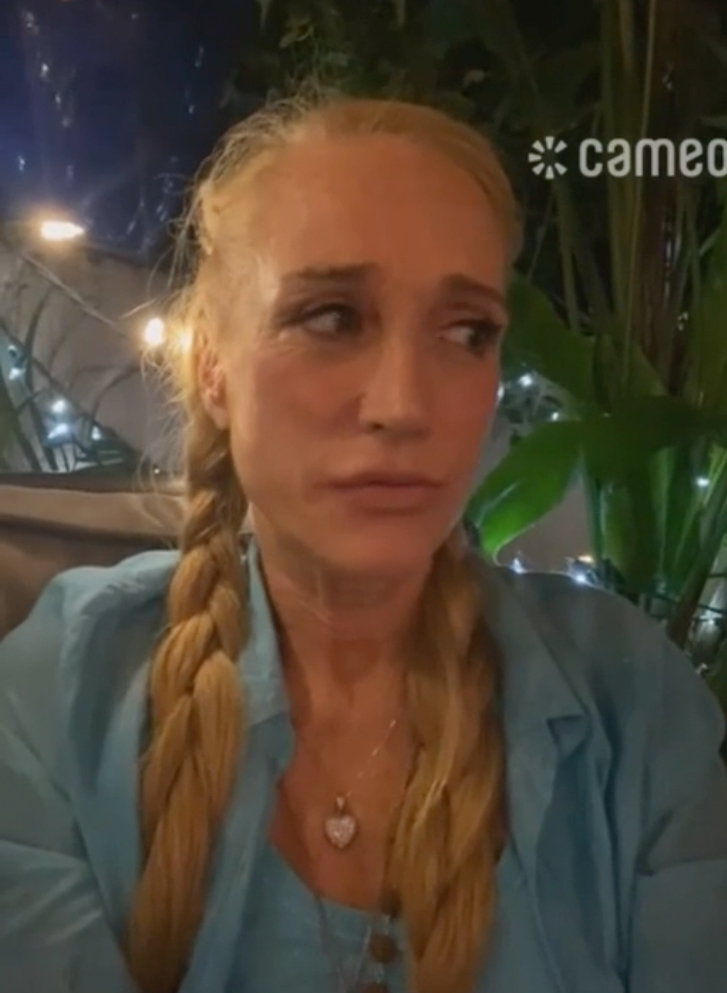 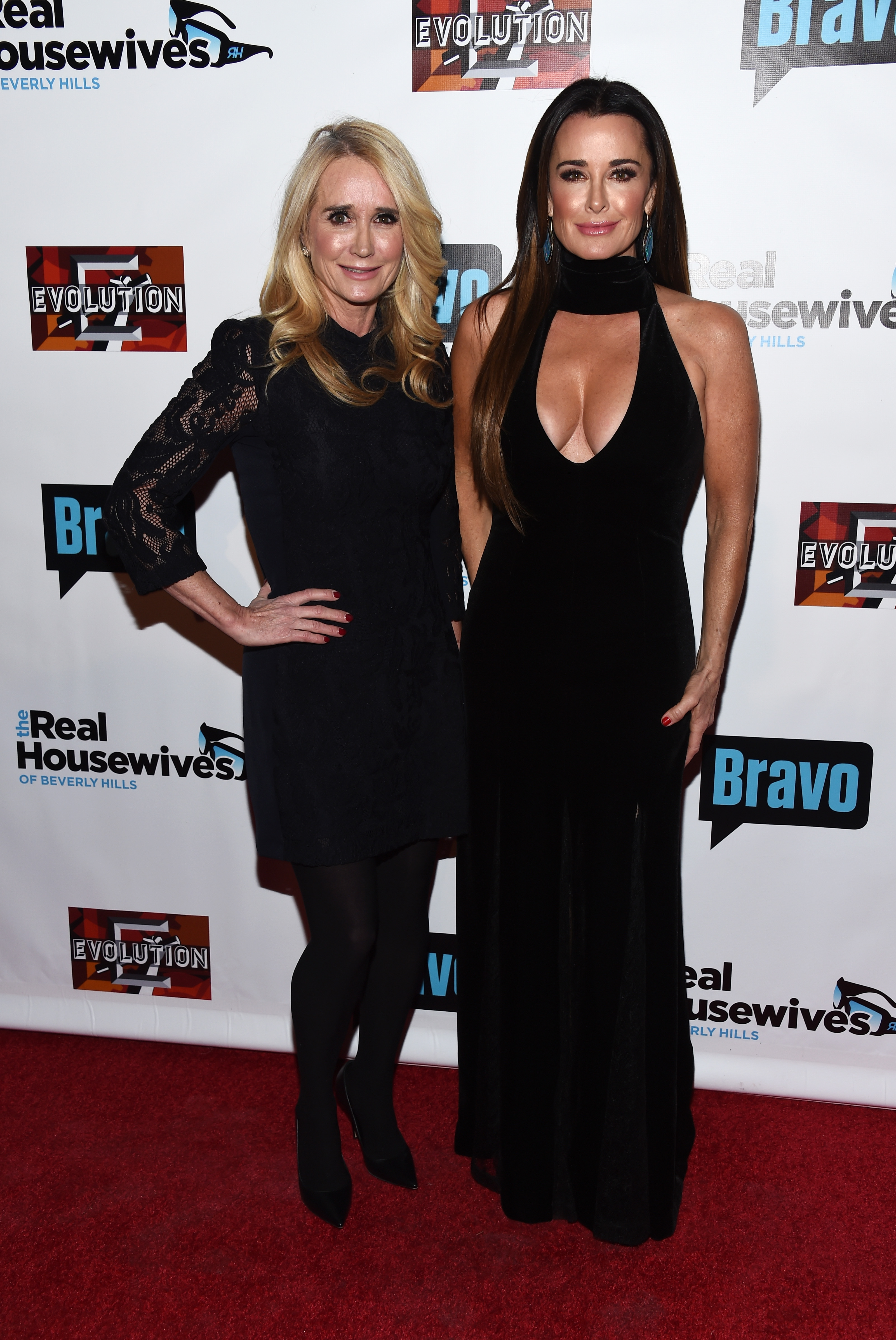 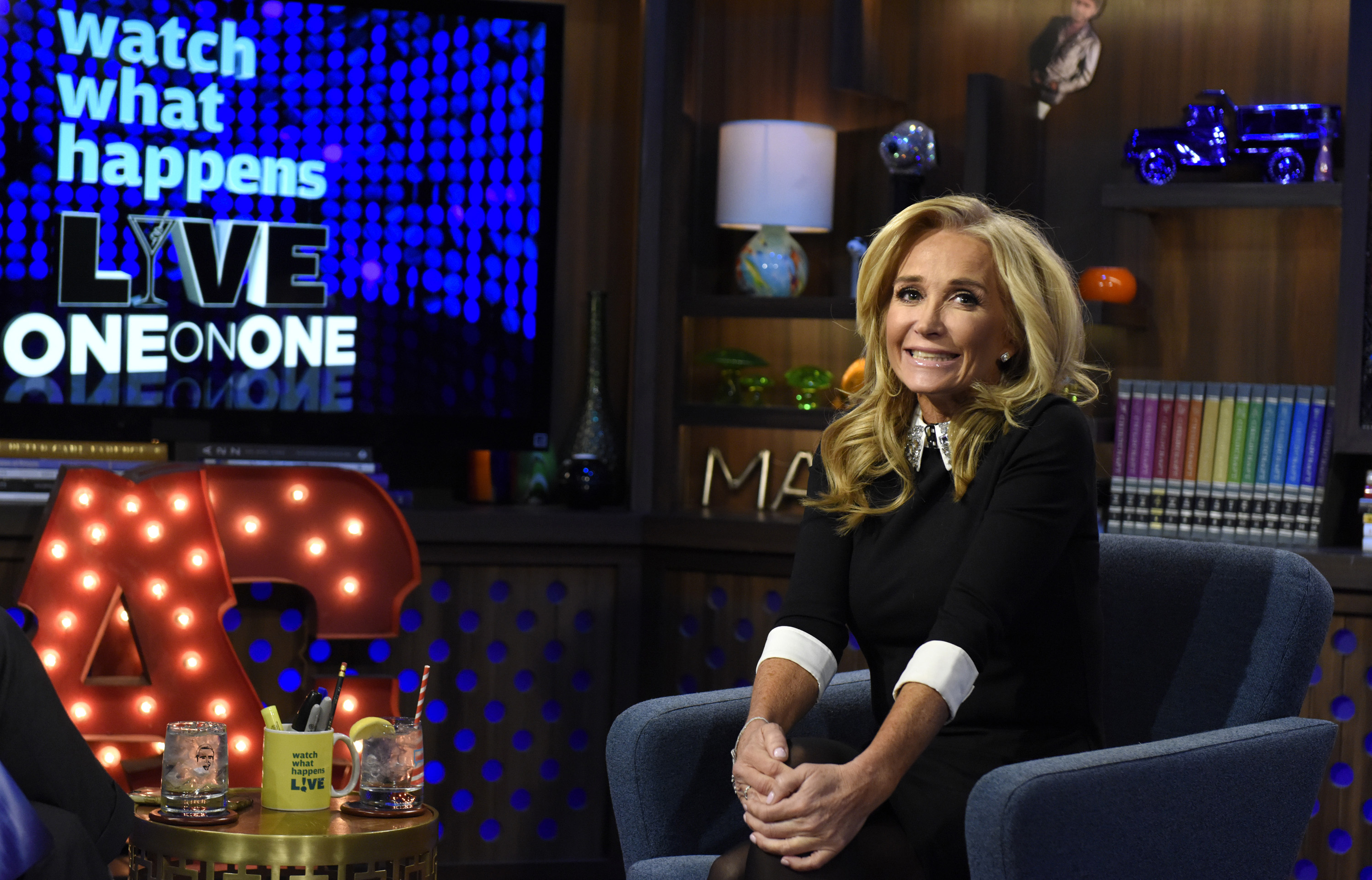