“Snakes. Why did it have to be snakes?”

That lament from Indiana Jones still resonates as one of the great movie lines of all time, though one could argue it’s the snake scene itself rather than the dialogue that makes the line truly memorable. The scene certainly wasn’t easy to shoot. Director Steven Spielberg used a number of tricks to make the sequence work, though one of those tricks has vanished. 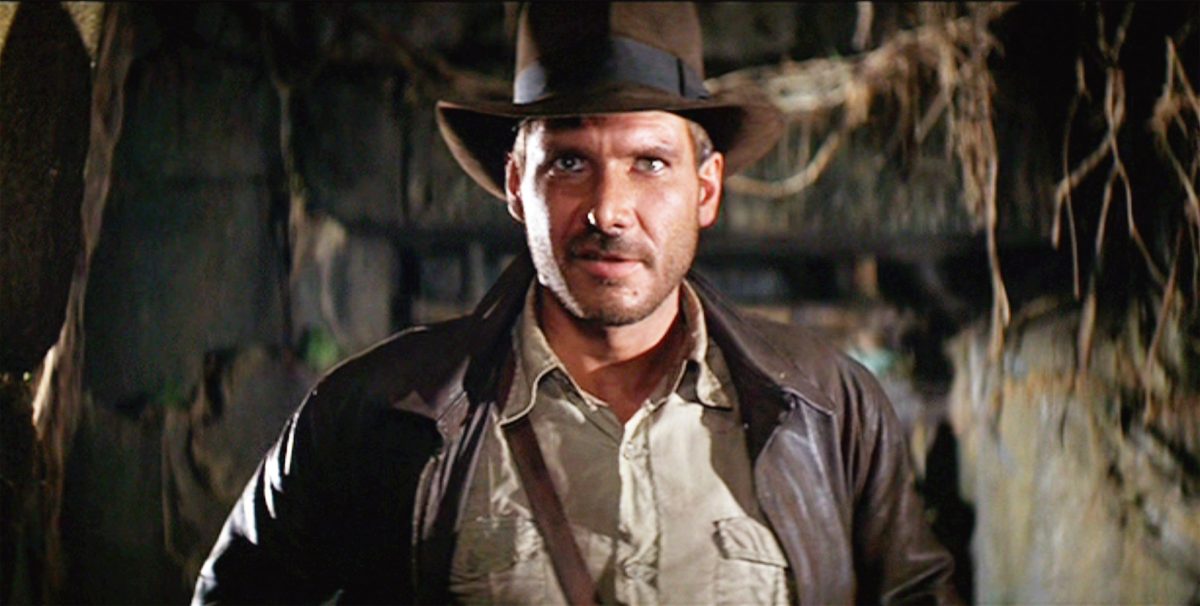 How did the ‘Indiana Jones’ snake scene come about?

Indiana Jones as a whole came about because Spielberg wanted to make a James Bond movie. However, producer Albert R. Broccoli was not keen on bringing in “outsiders” to the 007 franchise — and that included even outsiders as successful as Spielberg. The director went on vacation with his friend George Lucas, who said he had an even better idea: a story about an archaeologist who travels the world searching for historical artifacts and getting in all manners of scrapes along the way.

The movie, 1981’s Raiders of the Lost Ark, was very much modeled on adventure serials of the 1930s and 1940s — short movies in which our hero would get into major peril and all would seem to be lost until they made a daring escape. Some of these episodes of peril in the Indiana Jones franchise involved a variety of intimidating animals.

While Raiders of the Lost Ark included thousands of snakes, Indiana Jones and the Temple of Doom gave us the scene of countless insects crawling around said temple. Indiana Jones and the Last Crusade had a scene overrun by rats, while Indiana Jones and the Kingdom of the Crystal Skull served up fire ants. Still, for many viewers, the snake scene remains indelible — so much so that it became a running gag throughout the series.

How did Steven Spielberg film all those snakes and the actors?

According to Mental Floss, Spielberg at first thought he didn’t have enough snakes. Originally, the filmmakers brought 2,000, but even that number couldn’t cover the whole Well of Souls set. So Spielberg and crew upped the ante, eventually filling the set with around 10,000 slithery reptiles.

And still that wasn’t enough. According to Goliath, the filmmakers had hoses cut into snake-like lengths, which snake-fearing Indiana would have preferred. The same goes for Marion Ravenwood, as played by Karen Allen, though those are not her legs you see in some shots. They are the legs of the snake handler, who shaved his legs and borrowed Marion’s dress.

With all those snakes crawling around, safety precautions were taken, including installing a plexiglass shield between Harrison Ford and a very threatening cobra. That shield can be seen in older copies of the movie; it has since been removed digitally. Luckily, Ford is not afraid of snakes in real life.

Will there be a snake scene in the fifth ‘Indiana Jones’ movie?

Snakes have figured into all Indiana Jones movies in some way, shape, or form. Having thrown down the gauntlet with the snake scene in Raiders, Spielberg and company showed few if any actual live snakes in Temple of Doom. They do figure in the infamous dinner scene with “snake surprise,” and we see statues of snakes. Indiana Jones and the Last Crusade showed us the origin of Indy’s snake phobia when we see that he fell into a crate of snakes in a circus train. Finally, a large rat snake came to an unnerved Indy’s rescue in Kingdom of the Crystal Skull.

So the logical question becomes: How will snakes figure in the fifth Indiana Jones movie? Perhaps not as much, given that Spielberg is sitting out the directorial duties this time. Taking the reins will be James Mangold of Logan and Ford v Ferrari fame. We’ll have to wait until 2022 to find out whether Mangold has a new creepy-crawler scene in mind.