Rachel, 35, has been a familiar face on Countdown since she took over from Carol Vorderman, 60, in 2009 and has seen a number of hosts sit in the hot seat. The expectant mother has seen four hosts present the Channel 4 game show, one of which was former The Apprentice star, Nick, 77, who is being replaced by Anne Robinson, 76, from Monday 28 June, 2021. However, on leaving his role of almost 10 years behind him, it seems the former host helped himself to a few keepsakes.

The expectant mother featured in a clip that was played on ITV’s Lorraine to commemorate Anne’s first day on the job.

Before chat show host Lorraine Kelly, 61, interviewed the new host of the show, she wanted to see whether the former Weakest Link presenter still had some fire in her.

In a very short snippet of Monday’s episode, the television veteran says: “I’m new but that does mean now three girls do Countdown.

“Show’s the same but let me tell you, the tea areas here are much tidier. Anything we should change, Rachel?” she asked.

Rachel replied to Nick’s replacement: “I like your new chair. I think it looks like the tail feathers of a Turkey.” 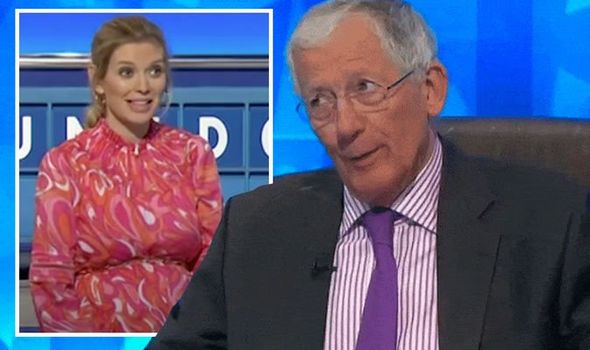 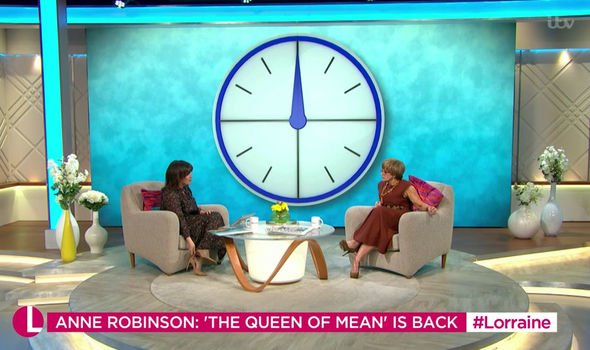 “Isn’t this Nick’s old chair?” Anne asked her co-star, to which Rachel replied: “Oh, no. I think he took that with him.”

Making the claims Nick had stolen from the studio, the expectant mother said: “He nicked loads of stuff.

“Everything has gone. All your tights had to be new because he took the tights as well,” the mathematician quipped.

It’s not been officially revealed which keepsakes Anne’s predecessor took from the studio as his last episode aired on Friday 25 June, 2021. 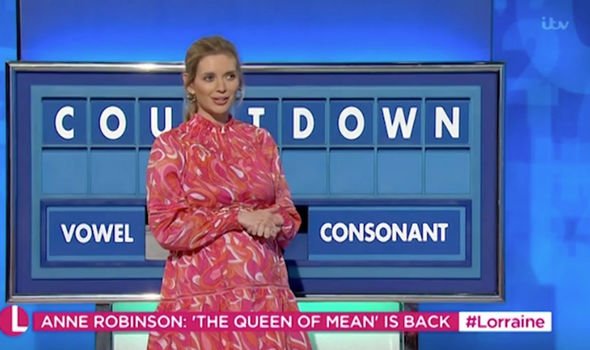 He knicked loads of stuff.

The clip came to an end as Lorraine moved her focus to speak to Anne about replacing Nick as host of the show.

Speaking of the first few episodes, she said she was extremely “nervous” and it was normal to feel like that starting a new show.

“It’s just like doing The Weakest Link,” the presenter admitted, explaining she’s glad it took her less than 30 seconds to accept the job.

Sharing why the role was right for her, the television veteran said she was glad she gets to sit down after her she was stood up for years hosting her previous game show. 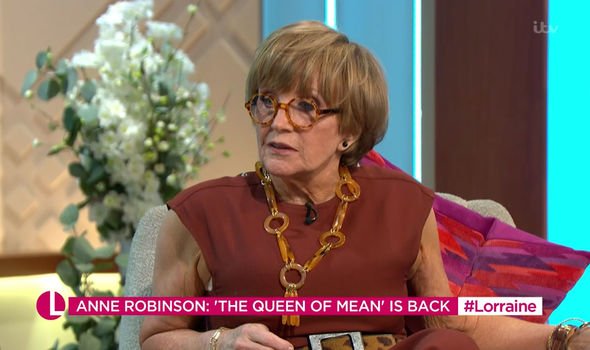 Anne is the first female host of the iconic game show and joins Rachel and Susie Dent, 56, to make up the first all-female line-up.

Discussing her co-star’s appointment in a statement, Rachel said: “t’s been really fun watching Anne very quickly find her feet in the Countdown studio and seeing the contestants in the new groove with her.

“She’s not shy of asking them funny questions and the responses have ranged from going into their own comedy routines to not looking directly at her and hoping she doesn’t see them.

“It’s been very lively,” she continued and Nick has also spoken about Anne taking on the role he held for almost a decade.

At the end of his last episode as host, Nick said: “It’s been a pleasure working with you guys, Susie and Rachel, it’s been a real pleasure. Thank you so much.

“So, that’s it! Back on Monday, and there’ll be somebody else in my chair, and I hope that she’ll have as much fun as I’ve had and I hope that you’ll be as generous to her as you’ve been to me.”

Viewers shared their best wishes for Nick as one wrote on Twitter: “Absolutely fantastic #Countdown final with @Nick_Hewer today! An incredible host. Anne Robinson’s got big shoes to fill on Monday.”

Another posted: “I’m going to miss you so much on #Countdown .. it won’t be the same without you. Hope you enjoy your retirement, you deserve it.”