ITV miniseries Quiz has been gripping viewers after it started its three-day run on Monday, April 13. The show will be airing its finale tonight (Wednesday, April 15) at 9pm on ITV. Quiz’s last episode will look at the verdict of the court case and how Major Charles Ingram and his wife Diana were vilified by both the public and the press in the Who Wants To Be A Millionaire “coughing” scandal.

Does Chris Tarrant think the Ingrams are guilty?

The Who Wants To Be A Millionaire scandal saw real-life couple and Welsh college lecturer Tecwen Whittock end up in court after they were accused of trying to steal the prize money using a series of coded “coughs”.

All three were found guilty of “procuring the execution of a valuable security by deception” during their stint on the quiz show.

Major Ingram and his wife were given 18 months in jail on a suspended sentence for two years. 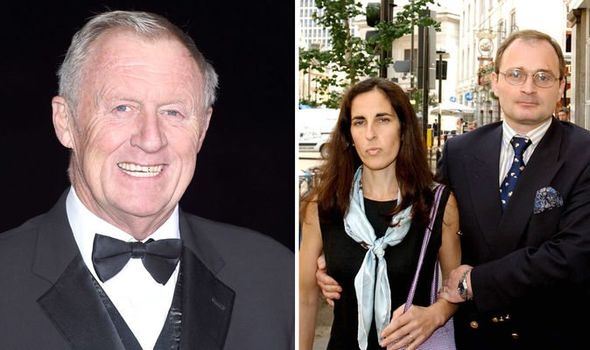 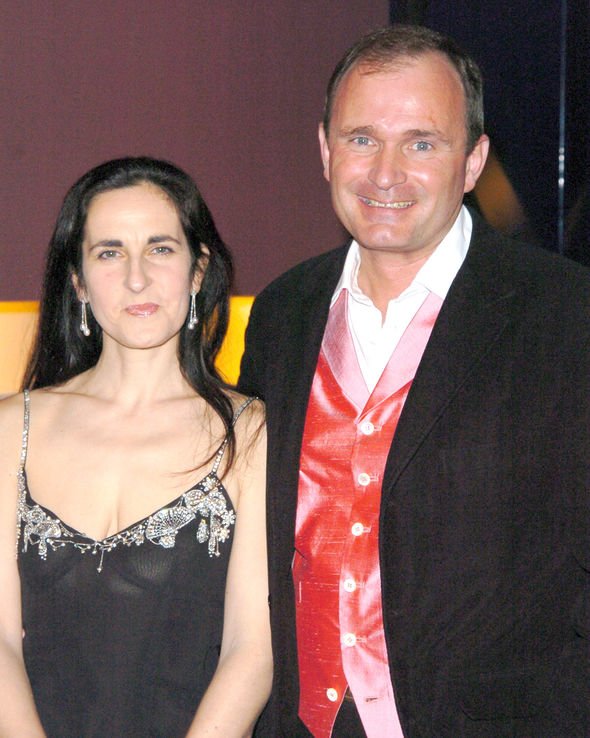 The Ingrams still maintain their innocence to this day.

Host Chris Tarrant appeared in court at the time to give evidence and stated he didn’t hear anything or suspect anything while the show was filming.

Speaking to Good Morning Britain recently, the former Capital FM DJ and host said: “I have said quite openly, I did not see anything going on.

“Now, I’m reasonably intelligent bloke. I’m a few yards away from the guy. But first and foremost, we were very naïve, we did not expect a serving British Army Major to come on the show and try and steal a million quid.” 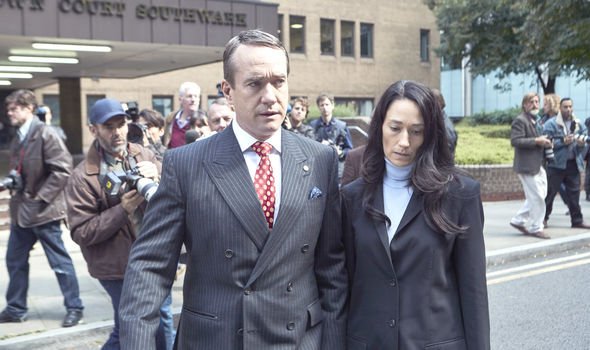 He continued: “I saw nothing. I had no earpiece. I focused on this guy and he is all over the place. I’m thinking, ‘Hang on, was that his final answer?’ He was so hard to follow.

“There was so much noise in the studio that night. People were screaming, they were cheering, they were [gasping], ‘What’s he doing?’”

However, he did say: “‘I didn’t spot [the deception] But then I spent hours and hours with the fraud squad going through the tapes, and it’s like, ‘Oh my God’.”

Tarrant also told the Mirror in a recent interview: “There is no question that the Ingrams were guilty as sin.”

Mark Bonnar, who portrays real-life Who Wants To Be A Millionaire television producer Paul Smith, told media including Express.co.uk how he went to speak to the executive ahead of filming.

Prior to the meeting, he’d only watched clips of the famous episode of the ITV game show on YouTube.

The Line of Duty and Unforgotten actor said: “I didn’t know what to expect really of him but he’s a lovely, lovely man.”

Bonnar continued: “I asked him at one point outright, ‘Do you think they’re guilty?’ And he absolutely does.

“He doesn’t know how he thinks they’re guilty – whether it’s still the coughing or not. He’s convinced of their guilt.”

He explained the real Smith did mortgage his house to take on the risk of the ITV series should fail.

The actor praised writer James Graham for treading the line between innocence and guilt.

Bonnar added: “You’re left with questions. I think it’s one of the great mysteries of our modern-day television era.”