The week of the federal budget – Take A Guess Week, as it’s known in Canberra – is supposed to be a time for looking forward, but on Monday night’s Q&A it was hard not to look back. 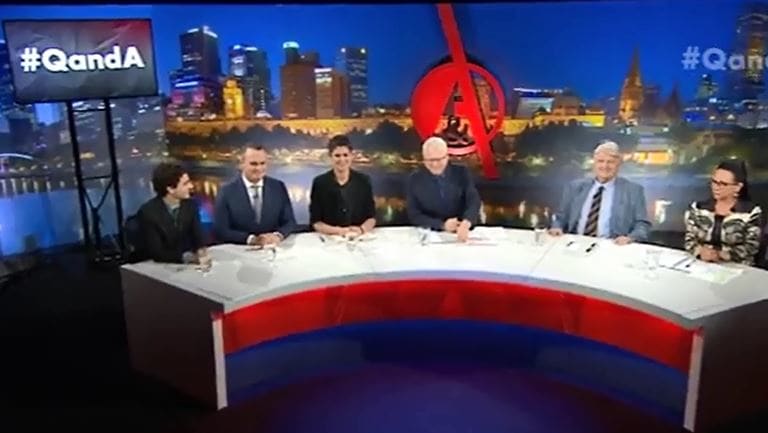 Not a hammock or a trampoline in sight, the Q&A panel assembles regardless.

The program spanned wide territory, traversing the success of those 78 governments in making wild guesses about how to deal with everything from welfare to climate change to high-speed internet, rounding things out with our broad stab in the dark at an efficient national disability program.

Australia’s comfort at living in an episode of Family Feud while actually watching Q&A had rarely been more evident.

It was the good fortune of the Turnbull government to have Tim Wilson MP (Man Of The People) for Goldstein, as its representative on the show. 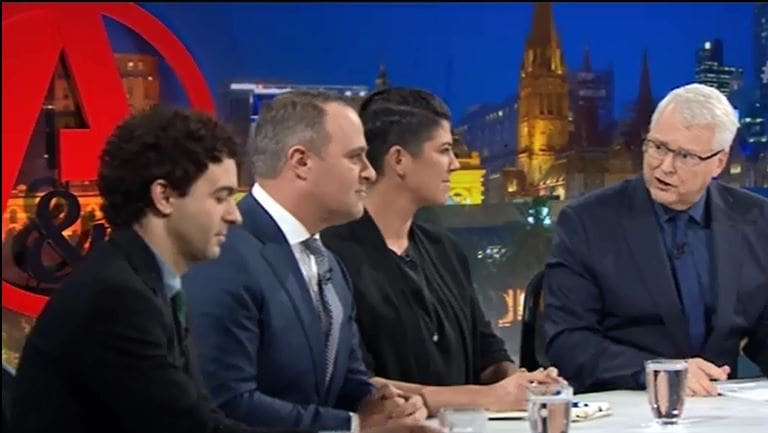 The rich matrix… of a Q&A panel.

Wilson, who appeared to be periodically re-inflated as the show went on, had as his good fortune the chance to appear on national TV a few days after his colleague Julia Banks had suggested it would be a quite pleasant to live on the Newstart allowance of $40 a day.

In short order, the cat was out of the bag even as Wilson tried hard to stuff it back in.

“The short answer is no. I couldn't live on it on my current lifestyle. I'm not trying to do otherwise and that's what Julia Banks was saying.”

Tony Jones: “She said she could live off it.”

Wilson: "She said she could live off it but not in her current lifestyle. It is very, very difficult. No-one's pretending otherwise. It's part of a rich matrix of our social safety net.”

This terminology was clearly part of the government’s plan to make its social policies more relatable to ordinary people, via reference to a science fiction movie which depicts, as described on Wikipedia: “A dystopian future in which reality as perceived by most humans is actually a simulated reality called the Matrix, created by sentient machines to subdue the human population” .

This was a nice shout-out to friend-of-the-people Centrelink. Thanks, Tim!

Wilson also had in his knapsack a range of phrases to explain the government’s welfare policies. These phrases ranged from “hammock” to “trampoline” – the idea being that you were either on holiday laying about or working like a proper person and bouncing for joy.

The Opposition’s Linda Burney took issue with this, but Jones wanted to know: “What's Labor going to do?”

Burney: "A very in-depth, and I mean in-depth, review.”

Jones: “A commitment to a review, if I may say so, it's a great politician's way out of making a promise.” 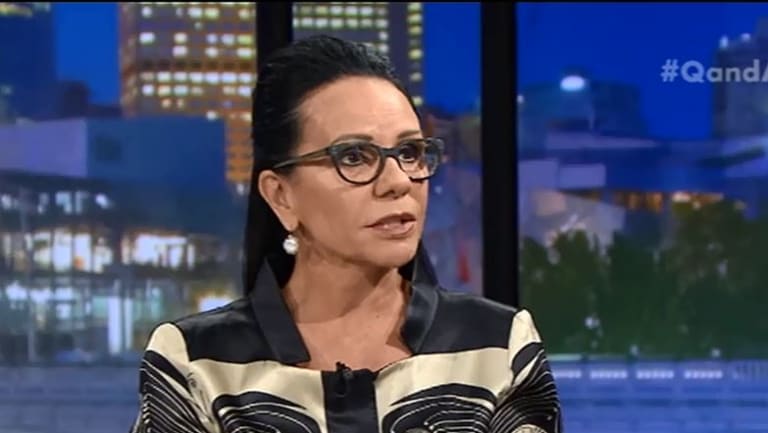 Labor MP Linda Burney has promised a review, one of great seriousness.

Burney: “I can't say to you tonight there will be an increase in Newstart but I think if you understand the seriousness of the review that we're talking about…”

The question of the night, however – the one that wiped the smirks off the face of every panellist – came from audience member Chris, who has cerebral palsy and who delivered his NDIS-related inquiry via a speech-enabled iPad.

Chris was waiting on approval for a specially designed apartment that “would enable me for the first time as a 34-year-old to live independently”. 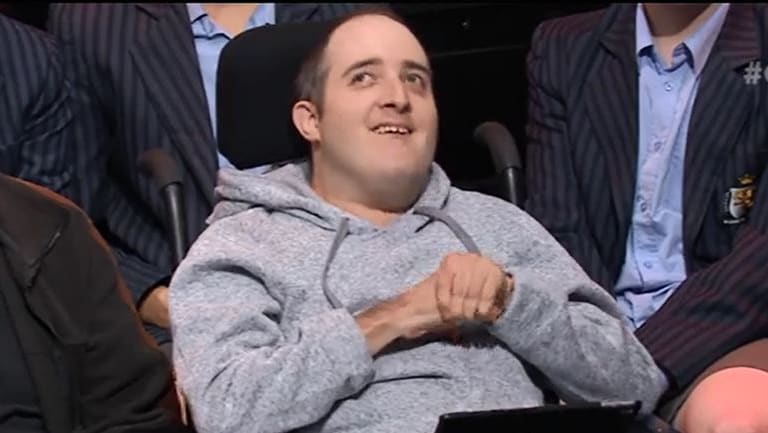 Though standards had been met, he said, there was a catch: “My application is constantly hitting dead ends and going in circles.”

Chris brought things back to earth, and the pollies on the panel knew it. Tim Wilson and Linda Burney empathised. They concurred they often dealt with such complaints from constituents, and offered assistance.

Wilson: “We'll grab your details and get it addressed first thing tomorrow morning to make sure we can try and make sure that it doesn't occur again.”

Will anything be done?

In Take A Guess Week you shouldn’t hold your breath, but let’s hope so.