A woman in a figure-hugging, fire-engine red dress, pursued by a hungry press pack, is heading to court. The four gripping episodes of the BBC-ABC thriller, The Cry, deal with why she's on trial and has become the target of a media frenzy.

The drama spans two continents and several time periods, its narrative locking together like fragments of a jigsaw puzzle: information about characters and events is revealed gradually, some is strategically withheld. 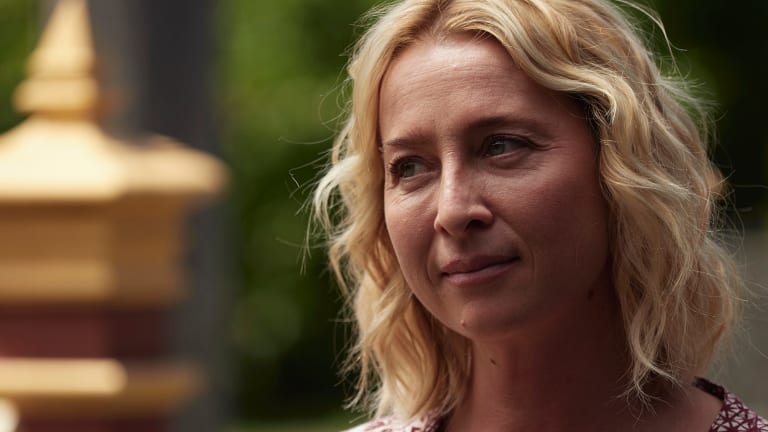 Asher Keddie in The Cry.Credit:Lachlan Moore

Early on, Joanna (Jenna Coleman), the woman in red, offers a glimpse of what's swirling around in her head behind the impassive expression. To a therapist (Shauna Macdonald), she explains, "Of all of the things that could happen to a person, there's few things that could be worse . . . Everyone just wants to look at you, everyone wants to judge you, stare at you, look for clues, so maybe it won't happen to them. That's when this began: two faces, two Joannas."

Skilfully adapted from Helen Fitzgerald's novel by Jacquelin Perske (Love My Way, Spirited), The Cry is described by producer Claire Mundell as "a psychological thriller", and it's a richly complex mix. About a couple coping with a new baby, a woman struggling with post-natal depression, a custody dispute, a relationship triangle and a missing child. 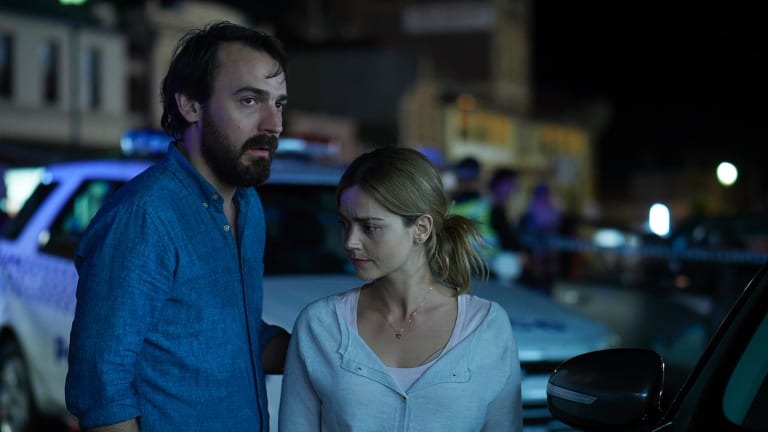 Directed by Glendyn Ivin and shot by Sam Chiplin, who also collaborated on Safe Harbour and The Beautiful Lie, The Cry was filmed using single camera set-ups, which Ivin says enhanced the feeling of intimacy on set and created the sense that every shot matters. It uses glowing natural light and makes creative use of domestic spaces with characters frequently framed in windows and doorways, and the camera sometimes peering down hallways into rooms. While there are also heightened, dream-like sequences, there are times when colours and compositions resemble contemplative 17th century Dutch paintings of middle-class domesticity.

Joanna is a primary school teacher, the partner of political press secretary Alistair (Ewen Leslie) and the mother of an infant. What's happened to baby Noah is a key plot point in the mystery, which is set mainly on Victoria's Bellarine Peninsula and in Glasgow.

"The scripts are written in a non-linear structure," explains Mundell, who optioned Fitzgerald's novel in 2012, when it was at manuscript stage. "There's a court case, so we know that something has happened to this woman. We cut between the courtroom and the recent back-story of Joanna and Alistair going to Australia, what happens there, and then them coming back to Scotland. Then we have the deep back-story of how they got together.

"The scripts are twisty and turny: we have a hook at the end of every episode which pulls the rug from under viewers because another piece of the story is revealed. I call it a psychological thriller because what happens to Noah drives the story, but, in many ways, it's a portrait of the breakdown of a relationship through the most excruciatingly awful circumstances." 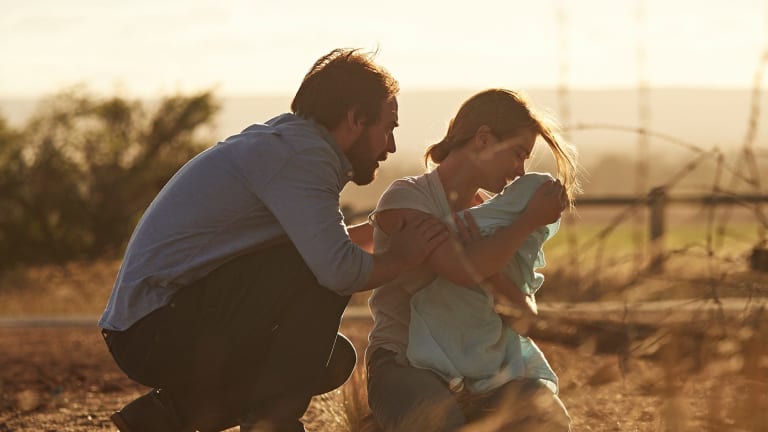 Noah vanishes during the trip to Australia, where Alistair and Joanna have come with the baby to visit Alistair's mother, Elizabeth (Stella Gonet), and so that he can fight his ex-wife, Alexandra (Asher Keddie), for custody of their teenage daughter, Chloe (Markella Kavenagh). As Mundell observes, this sets the scene for "a classic triangle between the ex-wife, the new partner and the philandering husband".

Especially for a local audience, the storyline about the disappearance of a baby has echoes of the Azaria Chamberlain case: a child vanishes and there's a swift public rush to judgment, entailing a fervid exchange of opinions, particularly about the mother: her perceived competence and possible complicity in the crime, her demeanour, her appearance. And it's an aspect of public conversation amplified by the arena now available online. 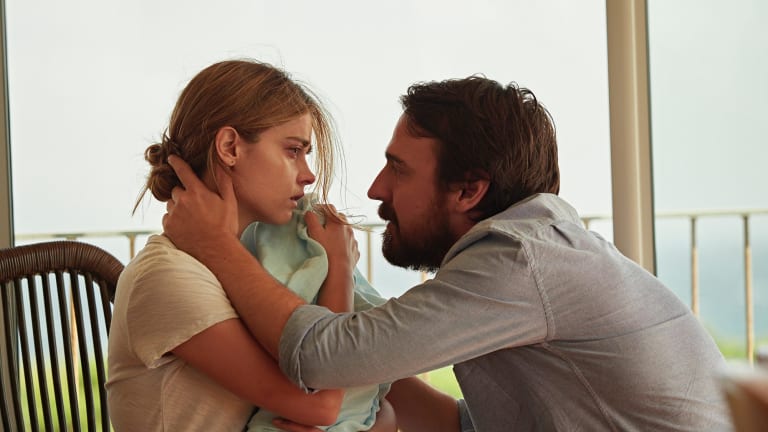 Mundell says that she was initially drawn to Fitzgerald's books because the Australia-born novelist who lives in Scotland "writes crime thrillers that are particularly female-focused, in the way that this one is, with really great, flawed female characters".

Coleman (Victoria, Dr Who) describes her character as "pretty grounded, like a girl next door. But she's been through a period when she's a bit directionless, she doesn't have much self-worth or confidence in herself. You get the sense that she's incredibly haunted."

In Fitzgerald's book, events are recounted from the perspectives of Joanna and Alexandra. But, in one of the significant alterations between page and screen, Alistair's character is given more space. "He needs to be an ambitious, successful, charming go-getting type of guy, the type of guy you could fall in love with," says Mundell. "He's arrogant, the ultimate control freak, and he's never without self-interest, but those are not the only things about him. In the book, he's a cipher, a device, really, but Jacquelin has created a rounded character."

For his part, Leslie is untroubled by playing a man who's ambiguous, or could be seen as downright dislikable, as long as he has complexity. "Alistair is used to being in control and is good under pressure," says Leslie. "He's able to make quick decisions. He's a political advisor. In terms of problem solving, he's all about locating the problem, working out a strategy, getting the job done. But he's thrown into an unthinkable tragedy, a scenario where he's scrambling to keep control of something that is completely uncontrollable."

While Fitzgerald wrote Alexandra with Keddie in mind and was thrilled when the Offspring star was cast, Mundell says she first noticed Leslie in Top of the Lake, but knew she'd found her Alistair when she saw him in Safe Harbour. That SBS series also persuaded the BBC that Ivin and Chiplin were perfect for this project.

Coleman read the script on a plane, found it to be "a page turner" and describes her role as "a gift for an actor". Regarding the effect of the fragmented timelines on the thriller, she says, "Hopefully it keeps the audience kind of confused and not very relaxed."

As Mundell promises, the plot is packed with juicy hooks and shock revelations and The Cry holds a number of its punches until the achingly poignant final scene. It's a beautifully shaped and rendered drama that evocatively explores the events that have brought Joanna to court in that red dress.