The BAFTAs saw some of the most well-known faces in the industry flock to the Royal Albert Hall as they celebrated the best of film in the last year. There was even royalty in attendance as the Duke and Duchess of Cambridge were notably in the audience. However, the couple were forced to laugh off a joke from Brad Pitt’s acceptance speech.

Brad Pitt was awarded Best Actor tonight but unfortunately was unable to attend the prestigious ceremony.

He wasn’t at the awards tonight due to “family obligations” but still drew the attention of the guests after his speech took aim at various attendees.

In his place to accept the gong was Margot Robbie, who starred alongside him in Once Upon A Time…In Hollywood as Sharon Tate.

However, even despite his absence, the critically-acclaimed actor managed to stir things up for those in attendance. 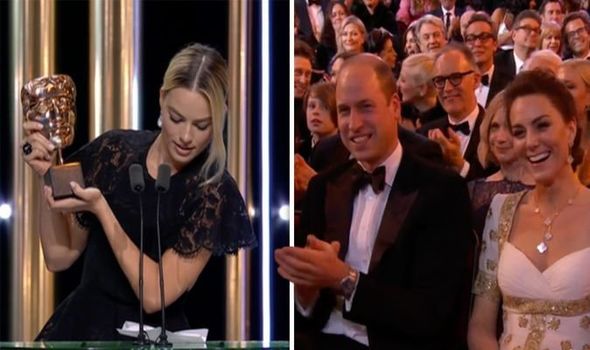 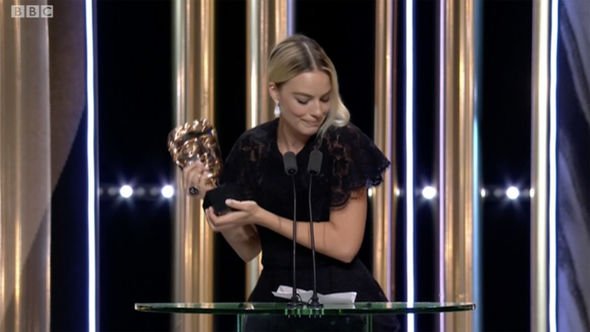 During the speech, he seemed to make reference to his romantic links to Jennifer Aniston as well as Brexit.

Another thing that raised eyebrows in the speech was a reference to Prince Harry.

Margot told the audience Brad had special plans for his award as he made an obvious reference to the royal family.

“He says he is going to name this Harry because he is really excited about bringing it back to the States with him. His words not mine.” 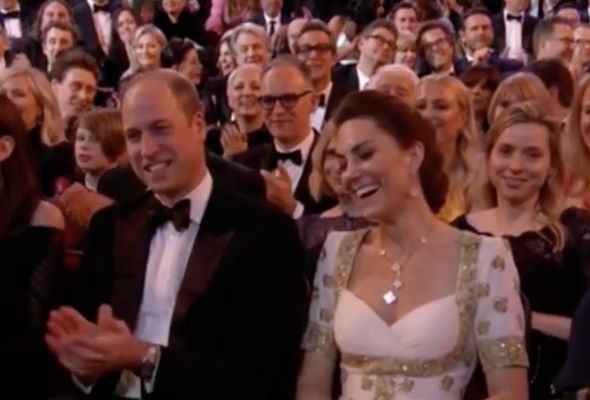 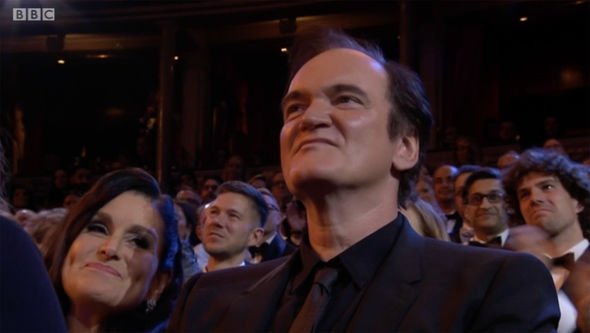 Viewers at home couldn’t help but comment on the awkward moment as the camera panned to the royal couple.

One wrote: “Loved that zoom into Kate and Will after the Harry joke. #banter #BAFTAs.”

Another echoed: “Okay props to the BBC for cutting to William and Kate after the “Harry” joke #BAFTAs.”

“Kate laughing her head off at that Harry joke #BAFTAs,” commented a third.

A fourth said: “Performance of the night, William and Kate pretending to laugh at Brad Pitt’s joke #baftas.”

“Loved Will and Kate’s reaction to Brad Pitt’s joke about Harry there! #BAFTAs.”

Brad Pitt won a BAFTA and said he’s naming it Harry because he’s excited to take it to the US #BAFTAs.

Prince Harry and Meghan Markle made the move to Canada last month after taking a step back from royal duties.

It wasn’t the only issue Brad chose to address in his absence as he also made an apparent reference to his love-life.

“Hey Britain, heard you use became single, welcome to the club. Wishing you all the best with the divorce settlement.”

It comes just days after the UK left the EU on January 31, after the referendum was held back in June 2016.

The speech also seemed to address the rumours over his relationship with ex-wife Jennifer after being spotted looking cosy as the SAG awards last month.