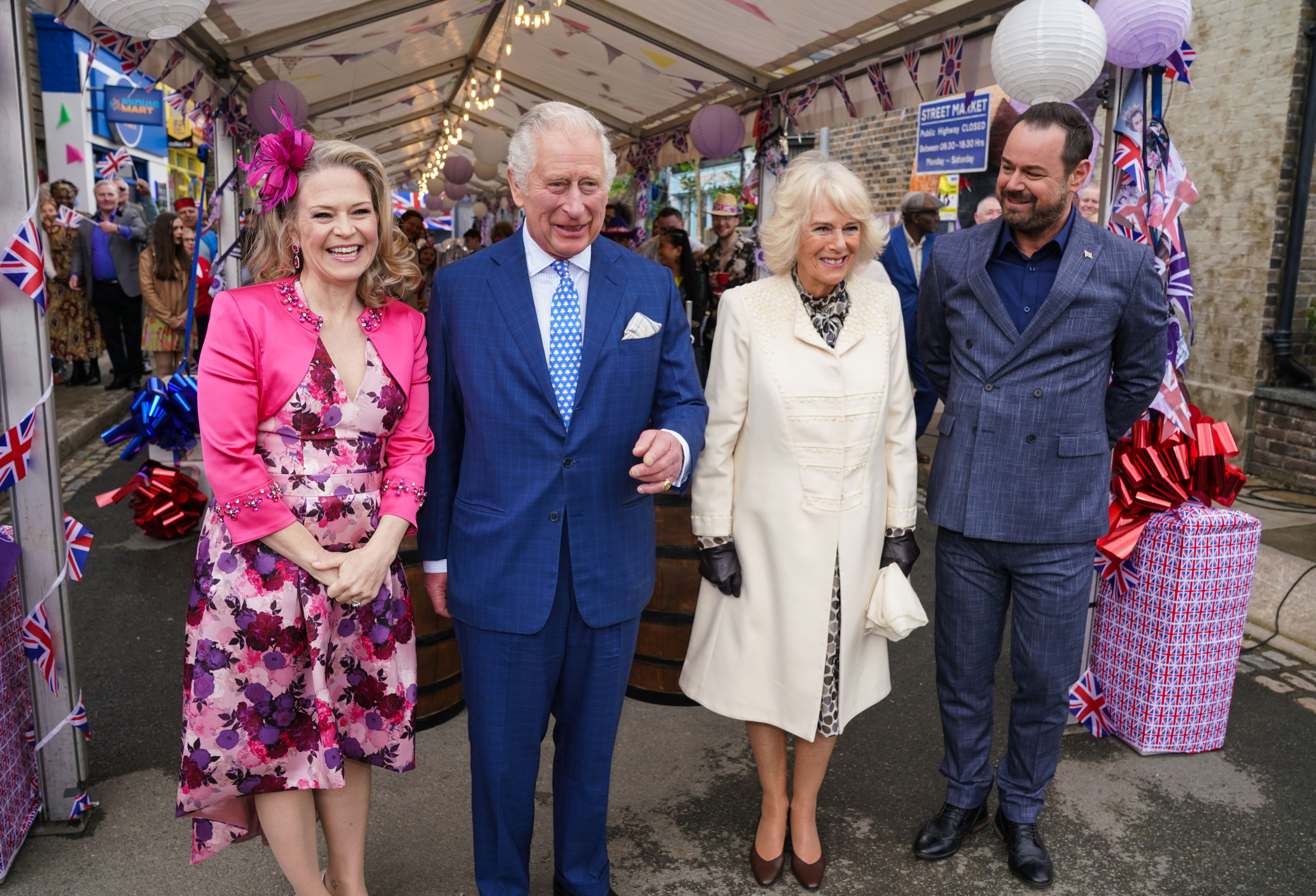 Prince Charles and Camilla, Duchess of Cornwall, will make a very special appearance in an upcoming episode of EastEnders, it has been revealed.

The Royal Couple will join the residents of Albert Square, starring as themselves, as they mark Her Majesty the Queen’s Platinum Jubilee with a street party.

Linda Carter, who runs the Queen Vic boozer, will no doubt be in her element!

The specially shot scenes were filmed back in March when Their Royal Highnesses visited the set of EastEnders to meet the cast and crew of the long-running drama.

Mick (Danny Dyer), as fans will know, has decided to throw a Jubilee party for the Square, and upcoming scenes will see the landlord tease some very special guests for the big day.

The episode, which will air on June 2, will see Linda and Mick greet The Prince of Wales and Duchess of Cornwall, introducing them to the residents of Albert Square.

‘I did think what amazing sports that they are just willing to do it,’ said actress Kellie Bright, who plays Linda Carter. ‘I just thought wow, they’ve never done anything like this before.

‘They didn’t really know what to expect, I mean it must have been nerve wracking for them and completely out of their norm. So I just hope they enjoyed it as much as we did!’

Chris Clenshaw, Executive Producer added: ‘We are truly honoured to have both The Prince of Wales and The Duchess of Cornwall appear in what is set to be one of EastEnders’ most special episodes.

‘Linda Carter is naturally in her element and giddy with excitement as their Royal Highnesses arrive in Walford but it wasn’t just her as for all of us at EastEnders it was an extremely special day that will go down in EastEnders’ history.’

The Prince of Wales and The Duchess of Cornwall paid a visit to the new EastEnders set on March 31.

The Royal Couple watched as the cast filmed special scenes that saw many of Albert Square’s finest partaking in a street party, just like the many happening this summer, to celebrate the big event.

Camilla spoke to Gillian Taylforth, who plays Kathy Beale, about how she has appeared in the show since the very first episode.

She also chatted to Rose Ayling-Ellis, telling the Strictly Come Dancing star that the Royal Family watched her compete on the BBC One dance competition, and supported her journey.

As the cast and crew joined them for a photograph, Prince Charles noticed how cold Letitia Dean (Sharon Watts) was and he kindly handed his coat to her.

EastEnders will air these scenes on Thursday June 2 at 7:30pm on BBC One.