Larenz Tate has a major role in the second season of Power Book II: Ghost. In the series, he portrays politician Rashad Tate who is still licking his wounds from losing the governor’s seat. However, he’s found a new way to forge ahead determined to meet his goal. This time, instead of putting himself at odds with his enemies, he’s using them to his advantage. This includes his relationship with Tariq St. Patrick (Michael Rainey Jr.).

Though the pair have a mutually beneficial partnership at the moment, will Rashad turn against Tariq? 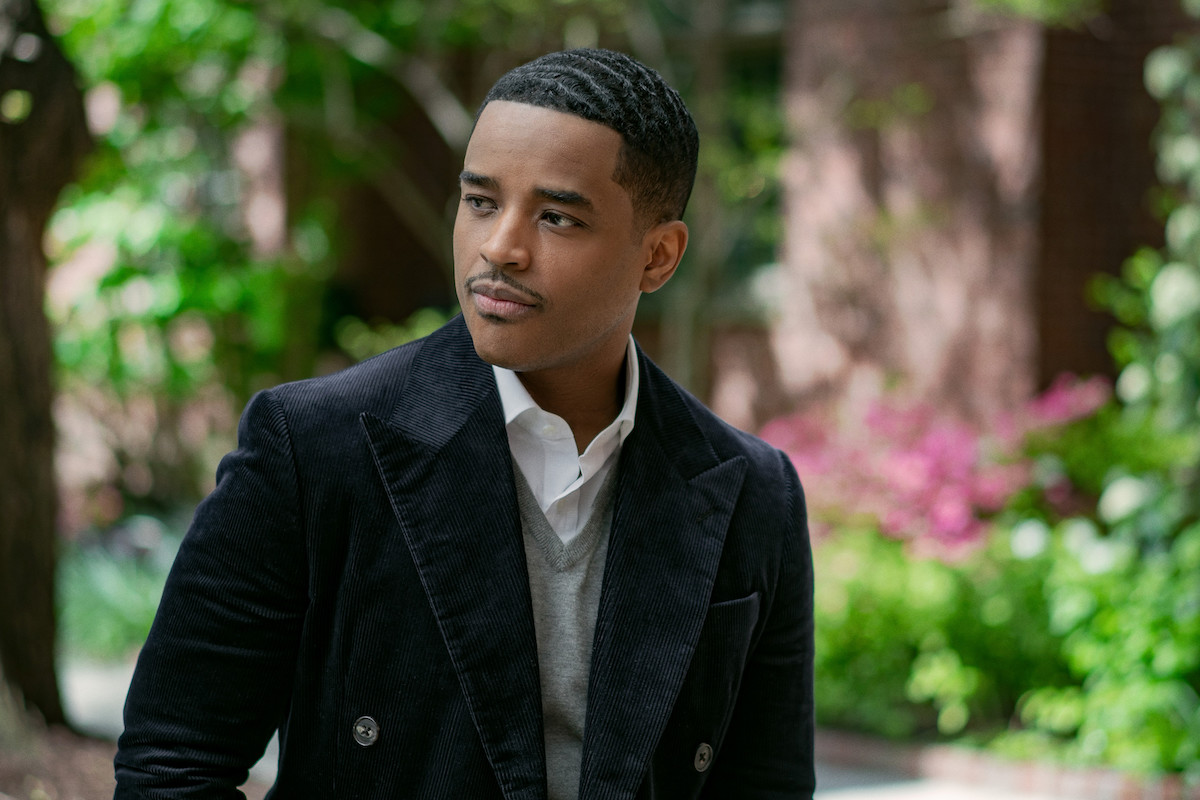 Tariq and Rashad have formed an alliance on ‘Power Book II: Ghost’

When we first met Rashad in the later seasons of Power, he was attempting to swindle money and support from Tariq’s father James St.Patrick (Omari Hardwick). However, what Rashad didn’t expect was for James to outsmart him nearly winning a seat for Lt. Governor for himself.

Licking his wounds from that loss, Rashad has been intent on winning back public favor by taking on a role as a Canonical Studies professor at Stansfield University. He’s also formed an alliance with Tariq in an attempt to get dirt on Congressman Rick Sweeney who happens to be the godfather of Tariq’s best friend and roommate, Brayden Weston (Gianni Paolo).

However, since Tariq has yet to get the information that Rashad had requested and he’s also found himself in jail for double homicide, the relationship between the men could quickly go south.

Will Rashad turn against Tariq?

When it comes to getting what he wants, Power Universe fans know there isn’t much Rashad won’t do.

“He’s a very driven person, they’re going to be a bunch of hurdles and are going to be some roadblocks and Rashad way,” Tate explained to Express. “But he’s certainly going to be motivated and inspired to focus on his agenda and his goals.”

Now that Tariq is no use to him in prison, it’s very likely that the New York City councilmen could turn on the college student.

“When their paths cross, it really draws you in to see where they’re going to go,” Tate explained about the precarious alliance between his character and Tariq.“Are they going to be rivals and if that is the case, to what degree, to what extent or are they going to be on the same side?”

No matter what happens between the pair this season, it appears that Rashad is going to move closer to his goal. After all, Starz has greenlit the fourth power spinoff, Power Book V: Influence which is set to center the character. From what we know thus far, the series will follow Tate’s second run for the governor’s office. However, there has been no information about it. “Who knows if you’re gonna see him pop up somewhere,” Tate told The Jasmine Brand. “The moment I know what’s happening, y’all will know what’s happening.”

When we do get more infromation about the series it’s likelt that it will crossover with Ghost.